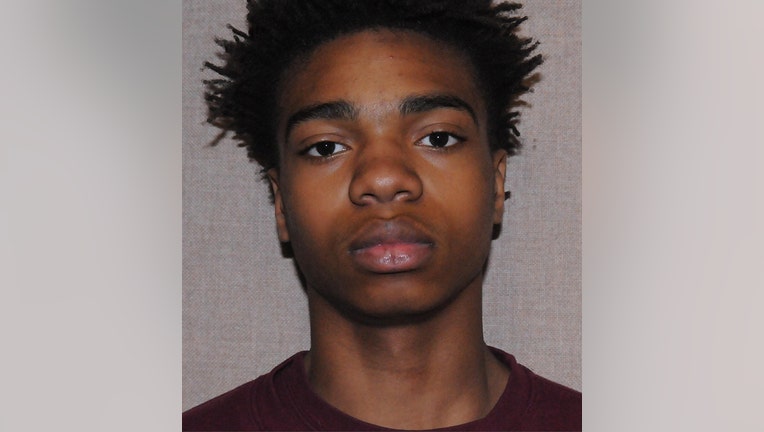 MILWAUKEE - 16-year-old Rashaun Seaberry of Milwaukee is charged in connection with a fatal shooting that happened at 5th and Melvina on Sunday, April 18. The criminal counts include:

According to the criminal complaint, officers were dispatched to 5th and Melvina around 3:20 a.m. on Sunday to investigate a shooting complaint. When they arrived, officers found what looked like a car accident. A woman inside a vehicle was slumped over -- not conscious. Life-saving measures were attempted, but the woman died at the scene.

The complaint says a second shooting victim was "conscious and walking around." She was taken to the hospital for gunshot wounds to her right leg.

Investigators recovered eight spent casings at the crime scene. The complaint says "bullet holes were located on the passenger side of the car and the hood of the car."

The complaint indicates several witnesses to this shooting incident were interviewed by police. Each talked about the victim being at a bar with friends prior to the shooting. Later, there was talk that the boyfriend of one of the women was "bringing females...to fight." The complaint indicates that boyfriend was spotted driving through an alley near 5th and Melvina -- and a witness saw a "front seat passenger stand up through the moon roof." He "was armed with a rifle" and started shooting. Seconds later, the victim's car crashed.

According to the criminal complaint, one witness identified Seaberry from a photo array. She told police Seaberry was "the person she saw shooting."

Seaberry made his initial appearance in court on Thursday, April 23. Bond was set at $30,000 -- and Seaberry is expected back in court for a preliminary hearing on April 28.

Bus issues cause frustration for some MPS parents

Fatal shooting a part of a string of violence amongst teens

The Milwaukee County Medical Examiner's Office&nbsp;identified on Friday, April 23 the 17-year-old who was shot and killed at Sherman Park on Thursday. He is Roy Thomas.&nbsp;