After a Milwaukee man shot himself, died and a bullet from his gun wounded an officer on Friday, the neighborhood is showing its more than a crime scene.

MILWAUKEE - A Milwaukee man shot himself, died and a bullet from his gun wounded a police officer on Friday, Aug. 26.

One day later, the neighborhood near 11th and Keefe where it all happened looked a lot different. Crime tape, replaced by lawn chairs. Instead of sirens, the sound of music. Those who live in the area showing their neighborhood is so much more than a crime scene.

"These people in the neighborhood want safe neighborhoods, too," said Tomika Vukovic, co-executive director of Wisconsin Voices, a group that encourages civic engagement.

Milwaukee police said a wanted 43-year-old suspect shot and killed himself on 11th Street after an exchange of gunfire with officers during a foot chase. The Milwaukee County Medical Examiner's Office identified him as DeShaunte Adams. After that, somehow, the suspect's gun went off and wounded a 36-year-old officer. Police are still trying to figure out how it happened.

"Was hoping it wasn’t what it was – and it was," said Keyon Jackson-Malone, executive director of The Village Group. 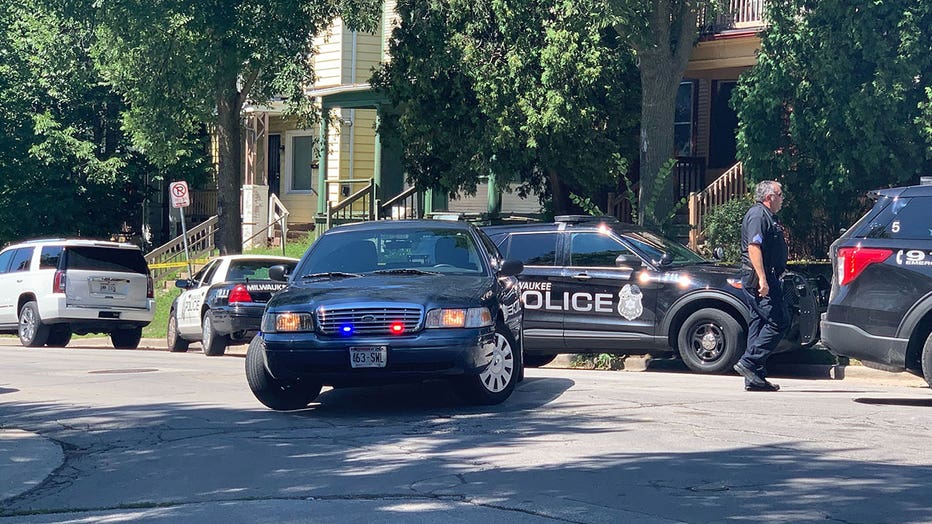 "It was tragic, and this is the type of thing we want to try to build more resilient communities – so things like that don’t happen and have an effect on the community the way that it did yesterday," said Ashanti Hamilton with the Milwaukee Office of Violence Prevention.

On Saturday, neighbors flipped the focus.

"That is just an aspect of Milwaukee. It’s not the heart and soul of Milwaukee," said Vukovic.

That heart and soul was clear at the annual "neighborhood family reunion" party hosted by Jackson-Malone. He grew up in the neighborhood, which is why he is focused on revitalizing it and others around the city. 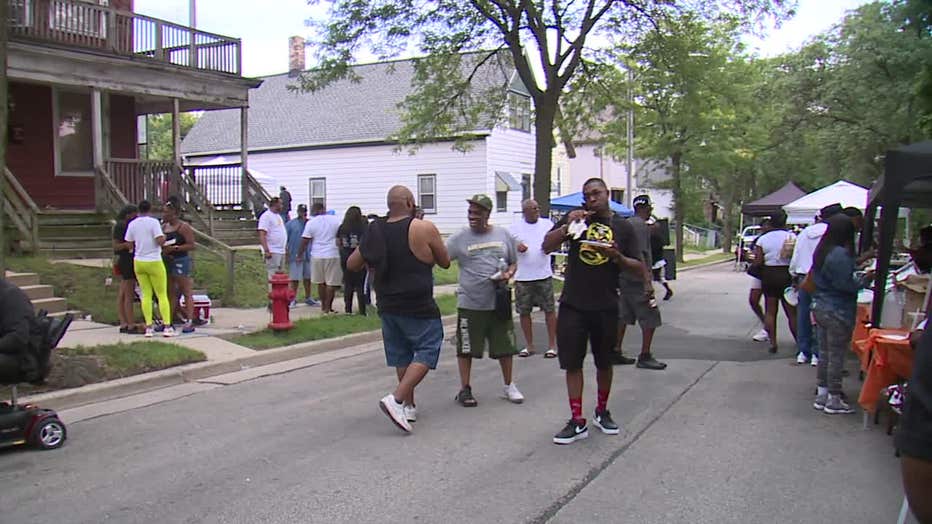 "To bring the joy we once had back to the neighborhood," he said. "My village took care of me, so I take care of them."

"It’s showing you that people are not giving up. It’s showing you that people love their community, and they’re willing to give each other support even through tough times," Hamilton said. "What we want to try to do throughout the city of Milwaukee is try to continue to build community and rebuild the village that we’re used to seeing before these problems became so prolific in our city." 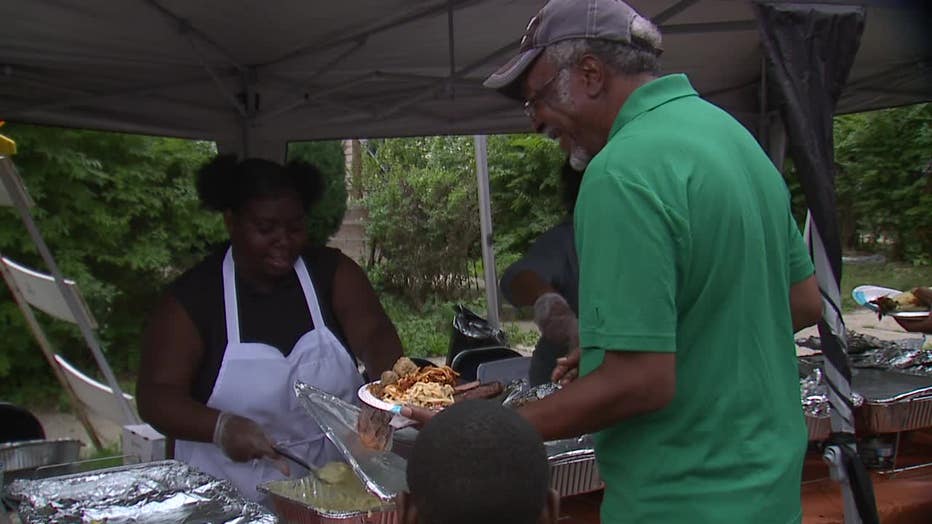 While negativity is draining, Jackson-Malone said positivity has the power to bring change.

"It takes a lot out of you," he said. "We have to enhance the positives, so people have something to smile about and be happy about and reactivate the spirit, enlighten the spirit in times like that when things go wrong."

There are still unanswered questions, including the suspect's name and how exactly the gun that wounded the officer went off. FOX6 News reached out to police Saturday asking for more information but did not hear back.