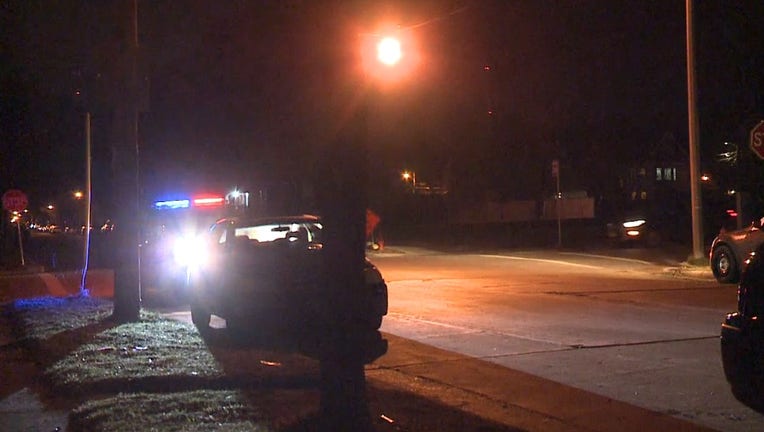 Shooting near Burleigh and Palmer in Milwaukee

MILWAUKEE - Milwaukee police are investigating three separate shooting incidents that occurred Monday night, March 22 and Tuesday morning, March 23. One person is dead and three others were wounded as a result of the incidents.

The first shooting happened around 7:30 p.m. near 38th and Meinecke. The victims, a 20-year old Milwaukee man and an 18-year old Milwaukee woman both suffered non-life threatening gunshot wounds and are recovering at local hospitals. No arrests have been made.

The second shooting happened around 9:10 p.m. near Burleigh and Palmer. The victim, a 23-year old male, suffered a non-life threatening gunshot wound and is recovering at a local hospital. No arrests have been made.

The third shooting happened around 10:20 p.m. near 37th and Wright. Upon arrival, officers located a 41-year old man who had sustained a life-threatening gunshot wound and was subsequently pronounced deceased.

At 12:38 a.m., the Milwaukee Police Department responded to the report of a shooting that occurred in are of 41st and Locust. It was believed that the victim, a 30-year-old Milwaukee man, suffered a non-life-threatening gunshot wound. However, it was later determined his injury was not caused by gunfire.

US: AstraZeneca may have used outdated info in vaccine trial

Results from a U.S. trial of AstraZeneca’s COVID-19 vaccine may have included "outdated information" and that could mean the company provided an incomplete view of efficacy data.

MPS board to vote Tuesday on return to in-person learning

Milwaukee Public Schools officials will vote Tuesday, March 23 on a plan for students to return to the classroom.