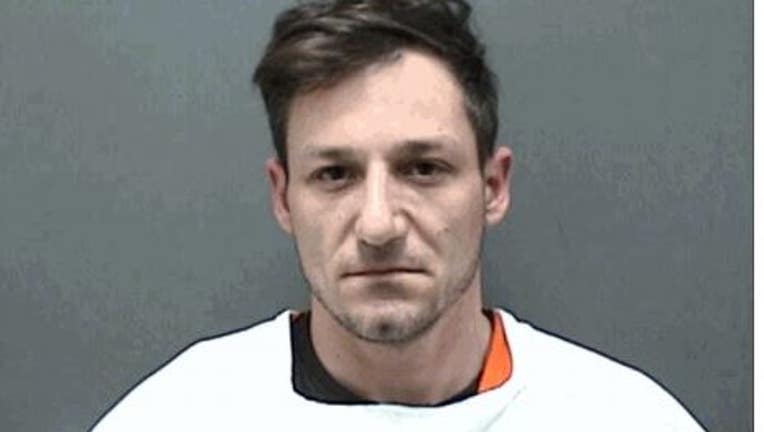 According to authorities, around 6 p.m., the Racine County Communications Center received a call that a black Ford Taurus hit a pickup truck while traveling southbound on I-94 and fled the scene at a high rate of speed.

The Ford Taurus was seen by a caller exiting I-94 at State Highway 20.

The Ford Taurus fled at a high rate of speed on snow and slush-covered roads. It was also snowing at the time of the incident. Deputies ended the pursuit immediately due to road conditions and speeds.

A short time later, another motorist called and stated the black Taurus was exiting I-94 at County Highway K, traveling eastbound.

The squad pulled into the business behind the vehicle and attempted to take the driver into custody.

The driver, identified by sheriff's officials as Michael Leibundgut of Milwaukee, was uncooperative with deputies orders as they attempted to take him into custody. While being ordered out and away from the vehicle the driver began reaching back into the vehicle, according to the Racine County Sheriff's Office.

A deputy on scene deployed a Taser towards the driver, at which time he was taken into custody without further incident.

Leibundgut was arrested and held at the Racine County Jail on the following charges:

The system made the evening commute a little complicated, but in the southern part of Milwaukee County -- whether they like the snow or not -- we found people who weren't going to let it stop them from getting outside.

The Racine County Sheriff’s Office on Monday, March 15 responded to four accidents on I-94 that were weather-related.