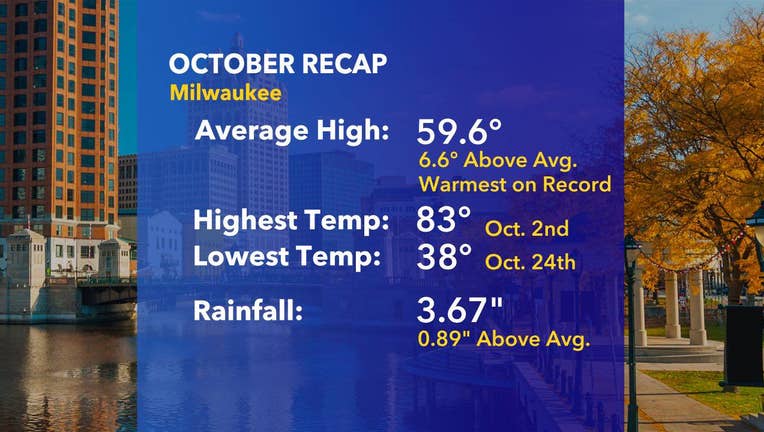 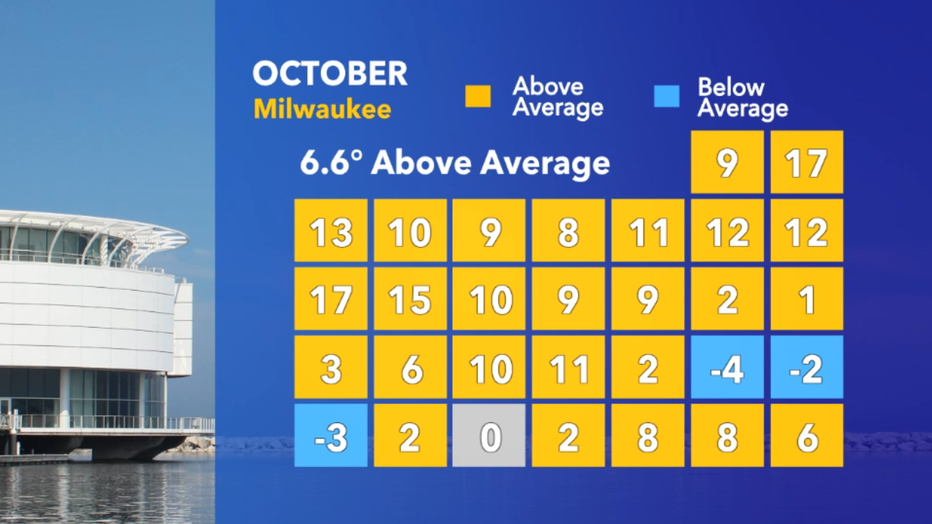 Our coldest stretch during the entire month was the 23rd-24th weekend, where we experienced our first frost of the season for most.

This was the warmest October since 1947, which held the previous record of 59.4 degrees. October has been trending warmer in recent years across the Milwaukee area, however the previous two Octobers prior to this year were below average, featuring snow on Halloween in 2019.

Pilot of ultralight that crashed in Waukesha County has died

The Waukesha County Sheriff's Office announced on Monday, Nov. 1 that the 61-year-old pilot of an ultralight aircraft that crashed in the Town of Lisbon over the weekend has died at a hospital.

Open enrollment through healthcare.gov begins on Monday, Nov. 1. People can begin searching for new plans that could save them money.