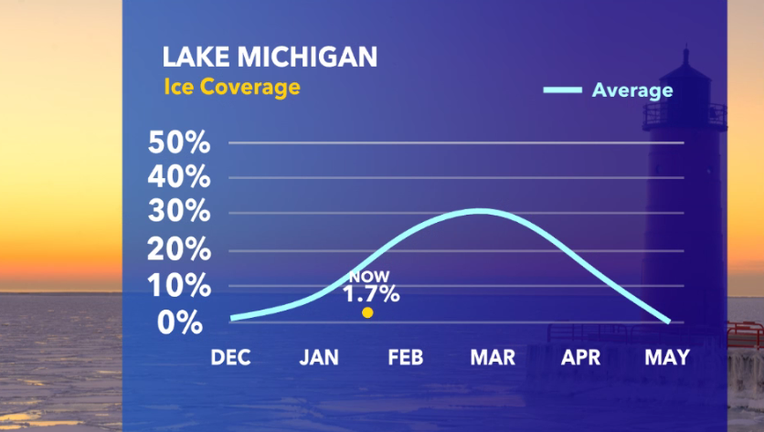 MILWAUKEE - The latest estimates of Lake Michigan's ice coverage are below average for the winter season so far, running at only 1.7%. The average ice coverage around this time is about 15%, 13.3% more than it is right now. This is due to consistent above-average temperatures over the past six weeks, since the start of Meteorological Winter in December. 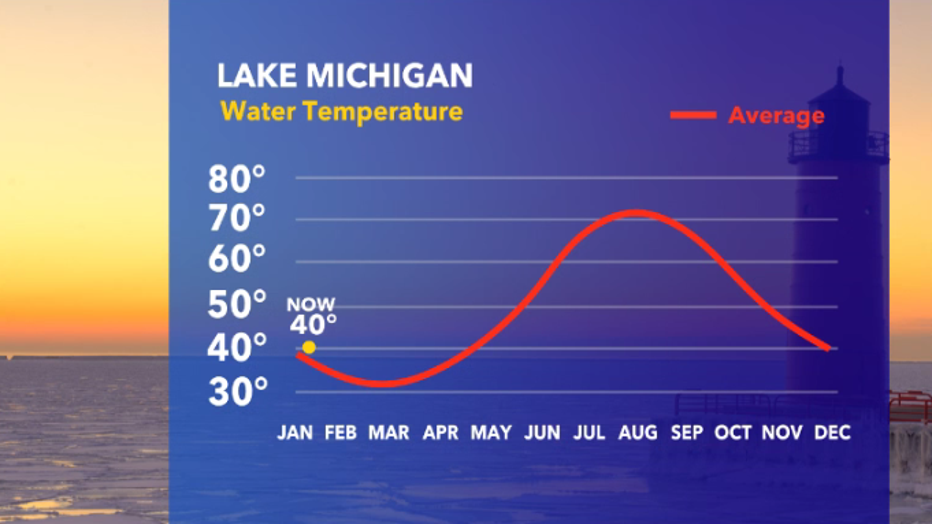 Although ice coverage on Lake Michigan remains low, and water temperatures a bit mild, a significant cold spell could quickly drop temperatures and add ice on the lake. The long-term outlook does bring a considerable cold spell to the area late in the month, which should increase ice coverage though early February.