Map: Category 4 and 5 strikes on the US Gulf Coast

Hurricane Ian became the sixth significant hurricane to strike the US Gulf Coast since 2017.

Hurricane Ian was a destructive Category 4 storm when it made landfall along Southwest Florida, but the storm is not in rare company - there have been five other significant hurricanes that have caused similar scenes of destruction over the last few years.

Since 2017, six major storms of either Category 4 or 5 strength have made landfall along the Gulf Coast. This means that winds were at least 130 mph and had a pressure of around 940 millibars or less.

The FOX Forecast Center says a host of atmospheric conditions must be in play for a hurricane to strengthen to one of these extreme levels. 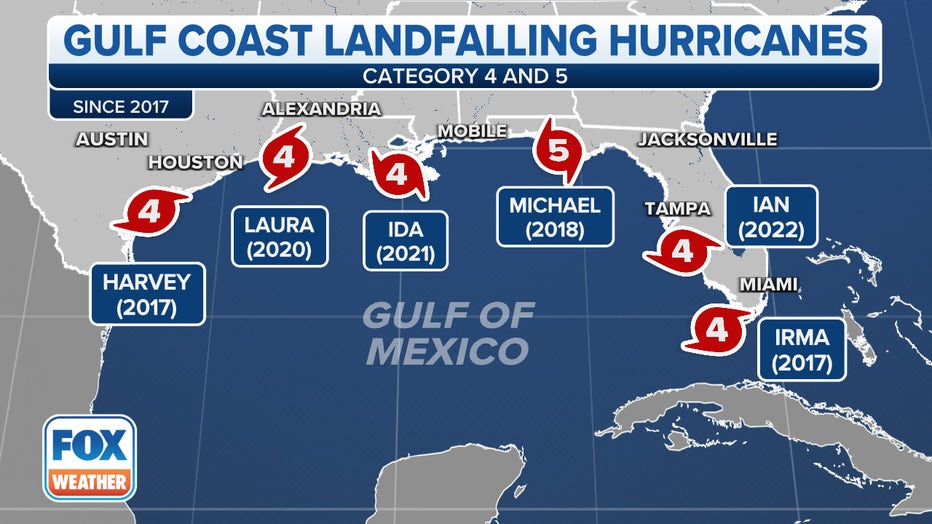 A common theme among these destructive storms is that plenty of warm water in the Gulf of Mexico was available, and heat extended to significant depths.

Water temperatures were 1 -3° F above the average, which makes the Gulf feel more like a bathtub with sea surface temperatures in the mid to upper 80s. Typically, a tropical cyclone needs water temperatures of at least 79° F to organize and strengthen.

Aside from the warm water, the Gulf of Mexico is one of the few areas of the Atlantic basin that is climatologically favored for tropical activity during the entire 6-month season. 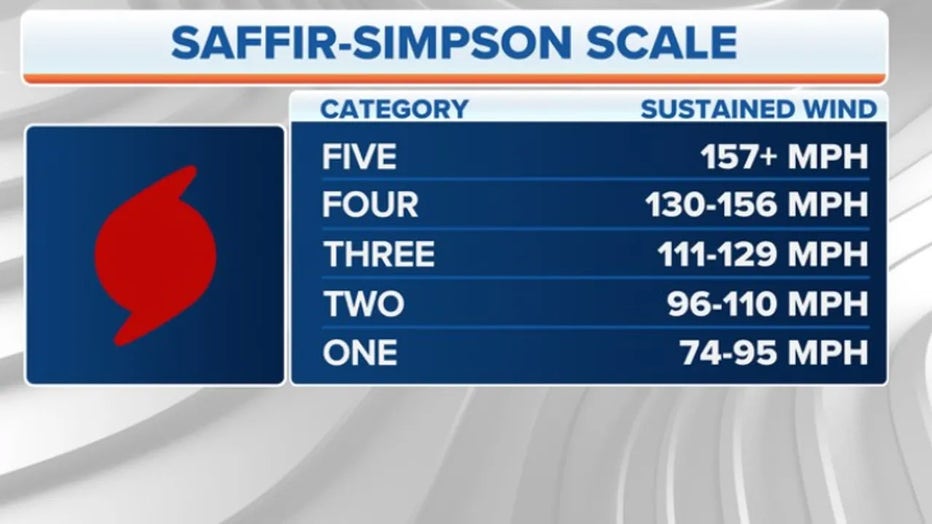 The Gulf’s favorability provides plenty of opportunities each year for a significant strike.

The Gulf of Mexico also holds one of the rare distinctions where if a cyclone makes it into the water body, it has to impact land due to the natural topography. There are few ways to escape without affecting Mexico or the United States.

The U.S. Census Bureau estimates 16 million residents live along the coastline that stretches from Texas to Florida.

HOW MANY CATEGORY 5 HURRICANES HAVE MADE LANDFALL IN THE US?

Here’s a summary of the significant hurricanes.

LINK: GET MORE ON THIS STORY AND IAN COVERAGE AT FOXWEATHER.COM

A blown down street sign is seen as the eye of Hurricane Ian passes by in Punta Gorda, Florida on September 28, 2022. - (Photo by RICARDO ARDUENGO/AFP via Getty Images)