The U.S. Men's National Team did not play in the FIFA World Cup Tuesday, but fans still packed Milwaukee bars to take in other big matches.

MILWAUKEE - The U.S. Men's National Team did not play in the FIFA World Cup Tuesday, Nov. 22 – but fans still packed Milwaukee bars to take in other big matches, bringing people of different backgrounds together.

Hundreds filled Highbury Pub in Bay View. There were ups and downs with World Cup fever in full force.

"This sport is more than a sport. It’s a way of life for me and a lot of these people," said Hector Ortega, who rooted for Mexico against Poland. "I took off (of work) months ago."

Fans were glued to the big screens. The place roared after a blocked penalty kick.

"It’s primarily tense. As you’re watching four years of hopes and dreams and progress that your nation put forth to try to get to this moment, and it comes down to possible faulty call, a blown whistle, a missed tackle," said Highbury Pub's Pattrick Stanton. 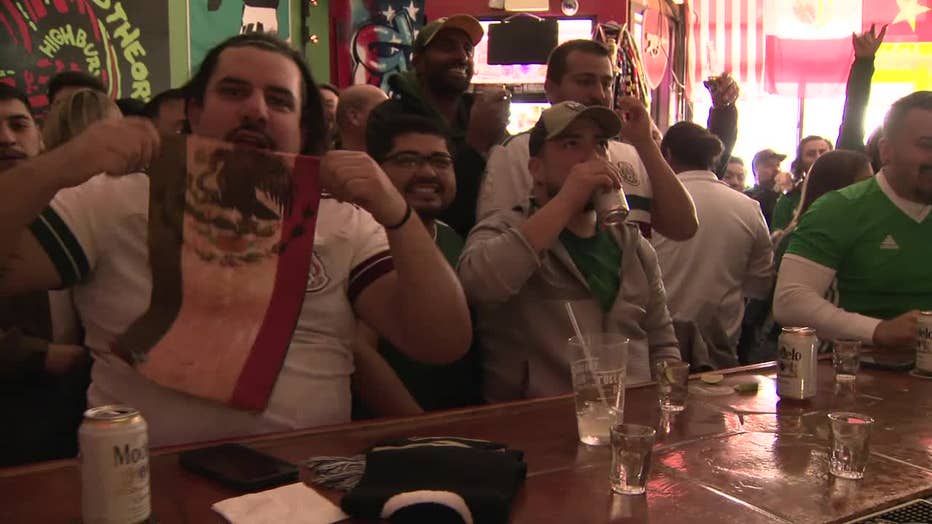 "In a bar, surrounded by Mexican fans, it’s been pretty wild," he said.

"It’s rivalry, but at the end of the day it’s just sports. Bigger thing is people coming together and having a good time," said Albert Alfaro.

That togetherness is a goal all sides can support.

"It’s just great to be around people who appreciate the sport as much as I do," Ortega said.