A day away from death, one Wauwatosa man details the journey from tragedy as he tries to rally the troops or in this case the referees.

KENOSHA, Wis. - Sports can do a lot for a person, especially in the face of tragedy.

"It's just part of my life, and I want my life back," said David Furru.

Baseball has always been a part of Furru's life.

"It's every kid's dream or a lot of kids' dreams to be a Major League Baseball player," he said. "I wasn't that good. I've been playing the game or involved in the game of baseball since I was 6 years old."

After he was done coaching his kids, Furru wanted to stay involved. 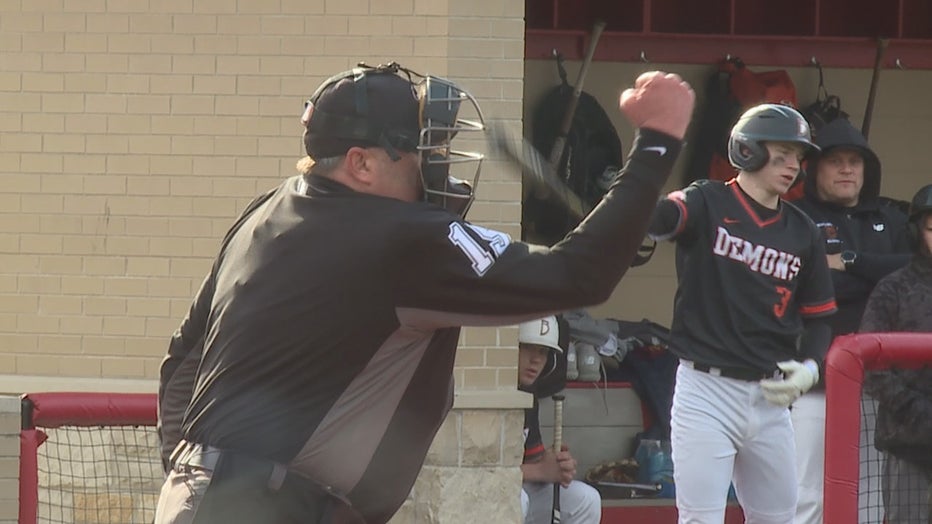 "I earned a role in the movie ‘Mr. 3000’ when it was shot here in Milwaukee," said Furru. "I played an umpire. As my son said when I was interviewed after, ‘He looks like an umpire because he has a loud mouth, and he just has the body for an umpire.’"

From there, Furru turned his role into a reality.

"Since I knew I wasn't going to be coaching anymore, I decided that umpiring was my best shot to stay involved with the game, and I'm a better umpire than I ever was a baseball player," he said.

For 16 years, he loved stepping behind the plate to call balls and strikes, but in May 2020, that all went away.

"I started feeling ill, thinking I had COVID," said David. "Fever, chills, typical COVID experience, I thought, so I self-isolated at home, and unfortunately, it turned out that I had a staph infection that was in my lower left leg. Unfortunately, the infection was so bad that it had damaged my foot and ankle to the point where they had to amputate in order to save my life. I guess I was about a day away from dying, so if I have to trade off a part of a limb in order to keep living, that's the way it is."

Keep living he did. Furru says after he threw himself a pity party, he was back to work.

His goal was to umpire once again.

With physical therapy and a prosthetic leg, Furru was determined.

"I had my good days and bad days," said Furru. "Learning to walk was a challenge because you have to learn to walk all over again. Getting past all the phantom pain, the back pain, the knee pain, if I can go out there and do my job to my satisfaction, it'll be all worth it."

After two years of pain and rehab, ups and downs, Furru made his return to the diamond.

He can't help but feel thankful.

"I have a lot of mixed emotions," he said. "It's been a tough haul. I can't ever express enough gratitude to everybody who helped me through this."

Not only is Furru doing this for himself, he is trying to call attention to the decline in high school officials.

He hopes his story can help bring those numbers back up.

"I hope that it's an inspiration to some people to come back out, either give it another shot or to try it for themselves for the first time," David said. "I want to see how far I can take this and overcome this handicap. It's just part of who I am."

Furru is helping recruit for the Wisconsin Umpires Association and hopes to return it to pre-pandemic levels. He is also dedicating this season to Jackson Sparks, who was killed at the Waukesha Christmas parade.

He is wearing an armband with "Sparks" written on it.

A Milwaukee 17-year-old with a month-old baby was shot and killed on Easter Sunday in what police say was a case of road rage. Now, a mother is without her daughter, and a baby boy is without his mom.

The fire departments in Mequon and Thiensville could soon merge to address staffing and financial problems.