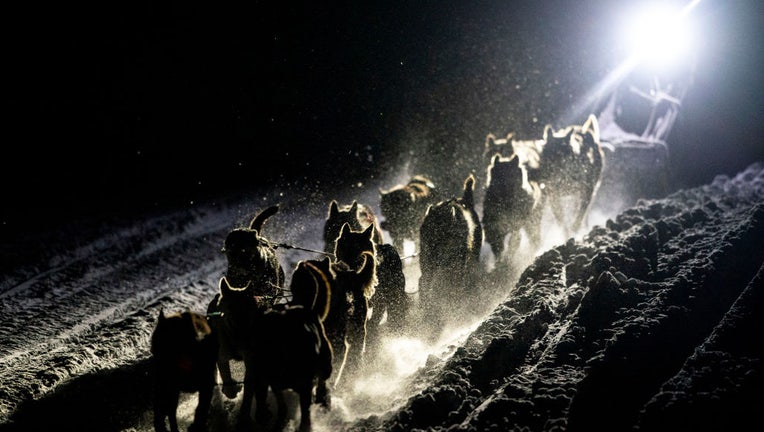 Anderson, of Cushing, Wisconsin also won the race in 2011, 2015 and 2017 and joins Nathan Schroeder and Jamie Nelson as the event’s only four-time winners.

"I don’t get too excited or show a lot of emotion that way, but obviously I’m super happy and super proud of what I’ve accomplished," Anderson said. "I’m more proud of the confidence that the dog team has now moving forward with them. They feel like they can accomplish anything."

About a dozen mushers, roughly half the field of contenders, had dropped out of the race by midday Tuesday. Race officials used the word "punchy" to describe the snow conditions along the North Shore and compared it to running on mashed potatoes. The warm weather caused some mushers to worry about the health of their dogs, the Star Tribune reported.

This year’s race marked the return of spectators along the trail. They were not allowed to cheer teams on last year because of the coronavirus pandemic.

Beargrease, in its 38th year, is known as the longest sled dog race in the contiguous United States. The Beargrease is a qualifier for the Iditarod, the premier race for mushers, in Alaska in March.

Giannis Antetokounmpo had 33 points, 15 rebounds and 11 assists for his fourth triple-double of the season as the Milwaukee Bucks beat Washington 112-98 on Tuesday night to hand the Wizards their sixth straight loss.

NASCAR, Tyler Reddick ready for the Clash at The Coliseum

The LA Coliseum has hosted three Summer Olympics and this weekend, it will host a NASCAR race. Tim Van Vooren goes Beyond the Game with Tyler Reddick.