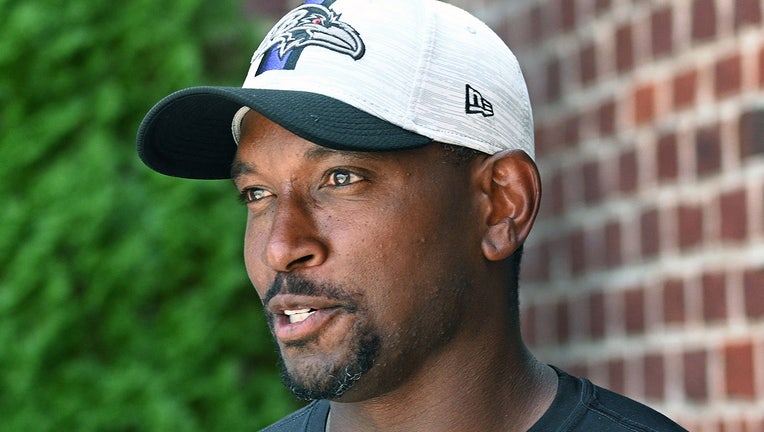 MADISON, Wis. - Wisconsin coach Paul Chryst has reached into the pro ranks to hire Bobby Engram from the Ravens as his offensive coordinator.

Engram, 49, has spent the last eight seasons as an assistant coach with Baltimore, starting as a wide receivers coach for five seasons and spending the last three seasons as a tight ends coach, working with All-Pro selection Mark Andrews.

He's also a familiar face, having worked on Chryst’s staff at Pittsburgh from 2012-13 as the wide receivers coach.

"Bobby is a great person who has tremendous knowledge of the game," Chryst said Monday in a news release. "I’ve seen first-hand the impact he can have on players and there’s no doubt in my mind that he will help our program both on and off the field. He knows this place and is aligned with our culture, and I think that’s important. With his experience, he brings a fresh perspective that will help our program moving forward."

Engram has a son, Dean Engram, who will play wide receiver for Wisconsin in the upcoming season. Dean Engram had been a cornerback his first three seasons at Wisconsin and made five starts at that position in 2021.

The Bears drafted him in the second round after a standout career at Penn State, where he was the inaugural winner of the Biletnikoff Award, which is given annually to college football’s top wide receiver.

"I believe in Wisconsin and our philosophies are the same — I appreciate the way this program runs the ball, I love the way they play defense — and my focus will be on doing everything I can to elevate the offense and help our team win games," Engram said. "Running the football well is important, using the play-action pass, being multiple and doing a lot of different things offensively, but doing them well. For me, it’s bringing a fresh look and my own sense of creativity to what’s already been proven successful here."

Delaware North Sportservice, the food and beverage partner for the Milwaukee Brewers, is hosting a hiring event for part-time, seasonal positions for the upcoming 2022 Brewers season at American Family Field.