Emery Lehman is one of four members of Team USA's men's speed skating team. The team won a bronze medal in the team pursuit.

Lehman grew up in Oak Park, Illinois but journeyed to the Pettit National Ice Center multiple times a week to train. He continued to train there during his four years at Marquette University. 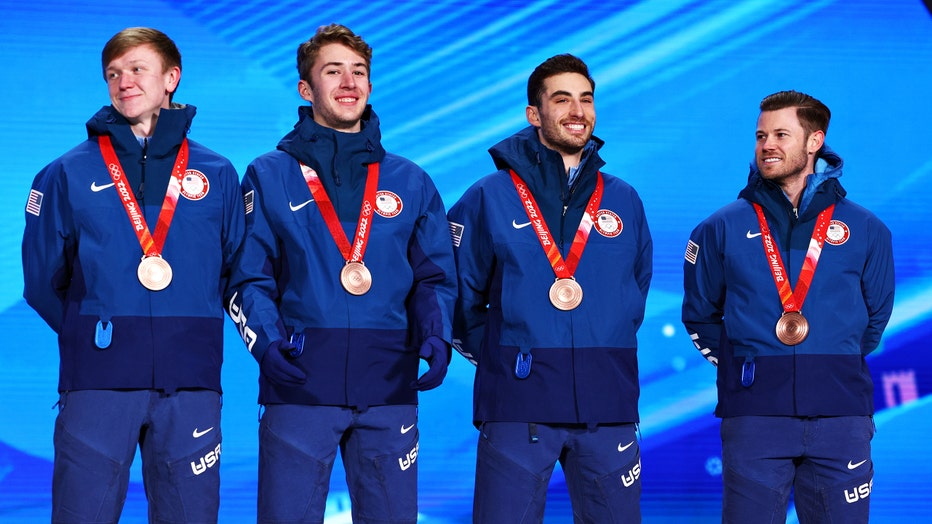 Bronze Medalist Emery Lehman (second from right) of Team USA poses with teammates during the Men's Team Pursuit medal ceremony on Day 11 of the Beijing 2022 Winter Olympic Games at Beijing Medal Plaza on Feb. 15, 2022 in Beijing, China. (Photo by Els

Receiving a medal, Lehman said, was the goal for the team from the start of training.

"Now that we have this, we got the job done; we did what we needed to do," said Lehman. "I am very much looking forward to going back, see my mom and dad, brother, cousins, high school friends, Marquette friends.

"Whatever elementary schools or rinks or programs that will have me, I’d love to talk and persuade some younger kids into trying speed skating."

Lehman said, while the team is thrilled to have won bronze, they are hungry and training harder to hopefully win gold at the next Winter Games.