SEATTLE - A decade into his NFL career, Nick Bellore, a Whitefish Bay grad, can now add Pro Bowler next to his name.

"Any time you get noticed like that, that’s always a cool feeling," said Bellore. "I think it’s just a reflection of our special teams as a whole, and it was fun to get that." 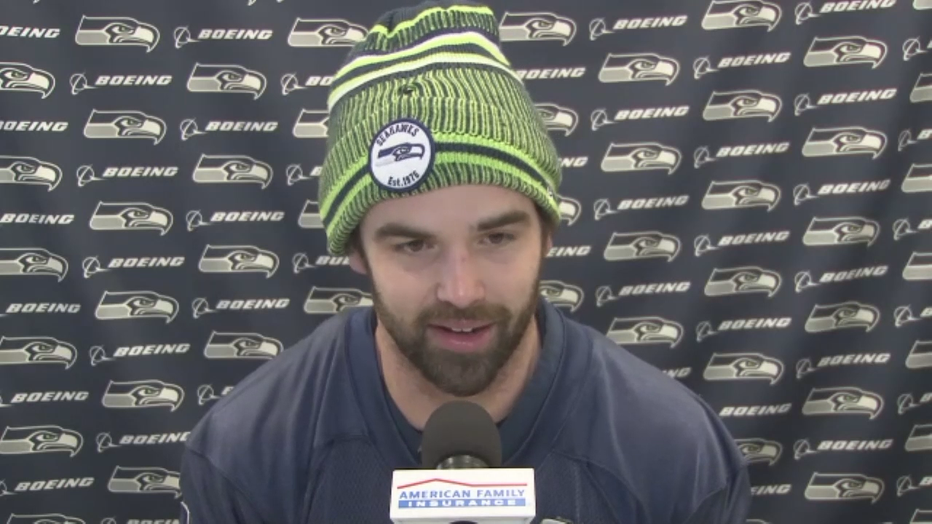 Bellore was one of seven members of the Seattle Seahawks to get a Pro Bowl nod, which is tied for the most in the NFL with Green Bay, Kansas City and Baltimore. While he is a fullback for the Seahawks, Bellore is also a special teams ace, and that's what earned him his first Pro Bowl nod. Bellore leads Seattle with 12 special teams tackles, which is the second-most in the NFL.

"Over the course of my career, I kind of realized early on that it was what I needed to do to stick around, and it’s always been kind of a fun thing because it encompasses all aspects of football," said Bellore. 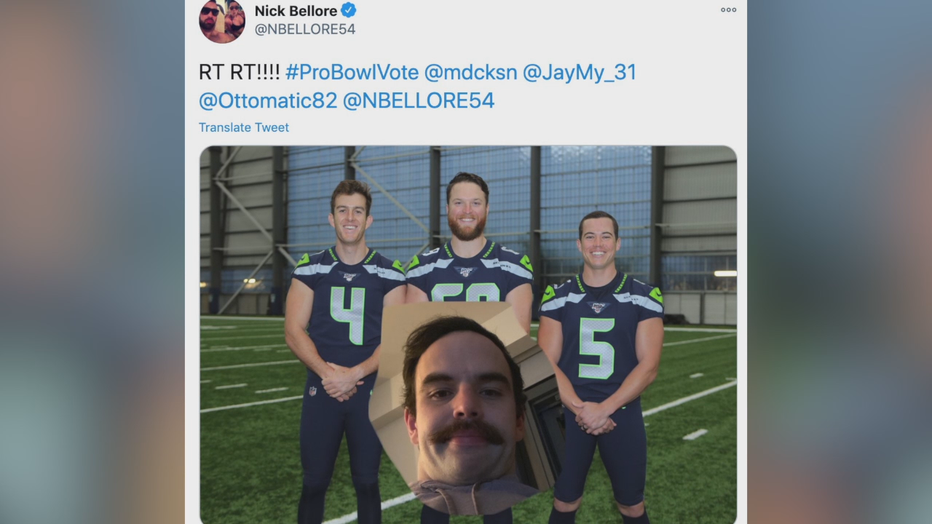 "I like messing around with Photoshop, with making fun of teammates for the most part, so usually it’s in text messages, but I figured I’d send it viral," said Bellore. 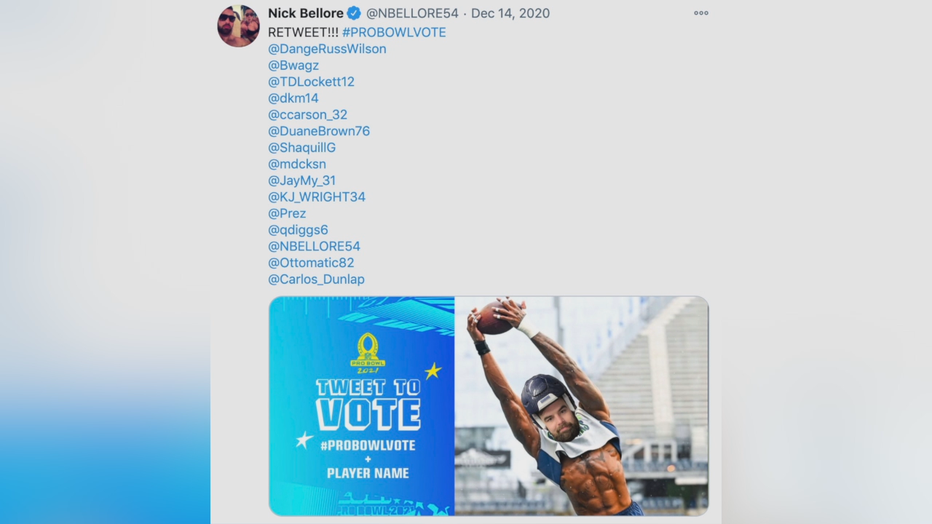 "It’s a decent canvas to paint on, so I was honored to be able to put my face on his body," said Bellore.

Along with his sense of humor, Bellore has also been quite the journeyman in the NFL. He began his 10-year career with the Jets and Niners, followed by a brief stint with the Lions, before ending up with the Seahawks.

"Now, it’s fun this late in my career to be able to learn new, a whole other side of football that I really wasn’t involved in before," said Bellore. "It kind of gives me a cool perspective, and then gives me new challenges." 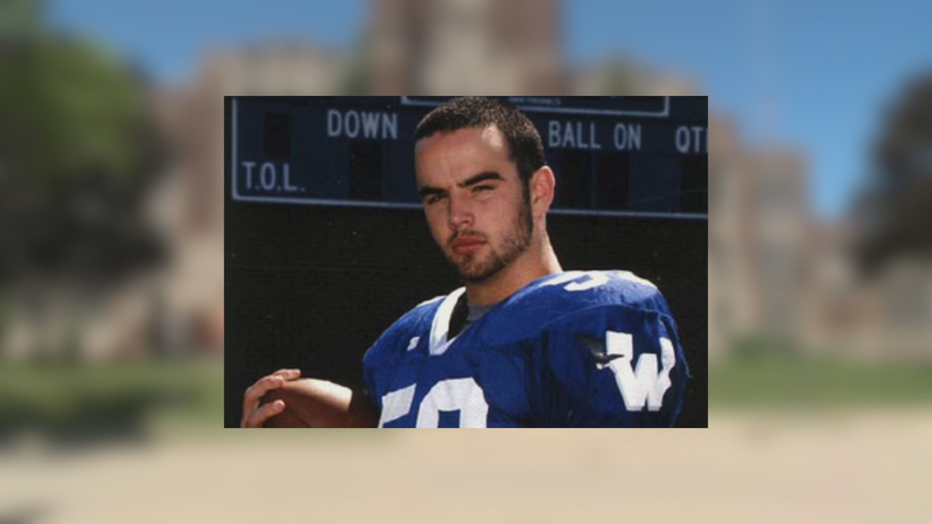 "I’d like to give them a shoutout because they had quite the season this year, you know, maybe unofficial state champions, but it was awesome to see their success," said Bellore. 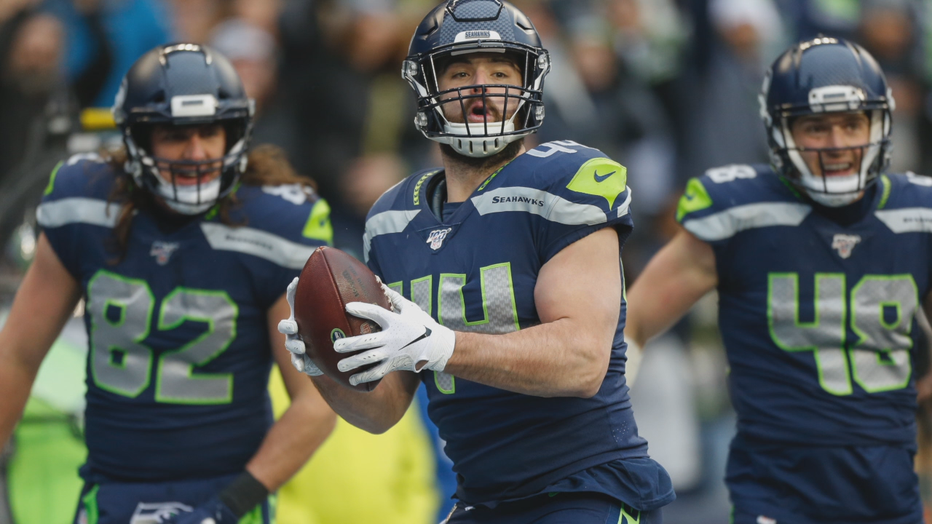 FOX6's Lily Zhao: "When you were playing for the Blue Dukes though, did you ever envision you’d have a decade-long career in the NFL at all, playing all three phases of football for the Seahawks?"

"No, no," said Bellore. "You know, I think in the moment, I was just trying to be as good of a high school player as I could be, and then it got to the point where it was like, I’d really like to earn a scholarship, and I was lucky enough to do that. Obviously, I didn’t envision this by any means, and obviously, my career path has been all over the place, but you do what you need to do to keep it going."

Longevity and versatility have finally led to a Pro Bowl honor for Bellore, who offers up some advice.

"Coming from Wisconsin, there’s no high school too small or too big to get noticed," said Bellore. "If you’re good enough and you put in the work, you can make it from any high school, at anywhere in the state or any state. You know, I think I’d like to be a good example for those guys, and they can make it just like I did."