WHITEWATER, Wis. - UW-Whitewater's Quinn Meinerz wanted to stand out at the Reese's Senior Bowl in Mobile, Alabama this past weekend.

Little did he know, his cropped jersey would be the talk of the football world. 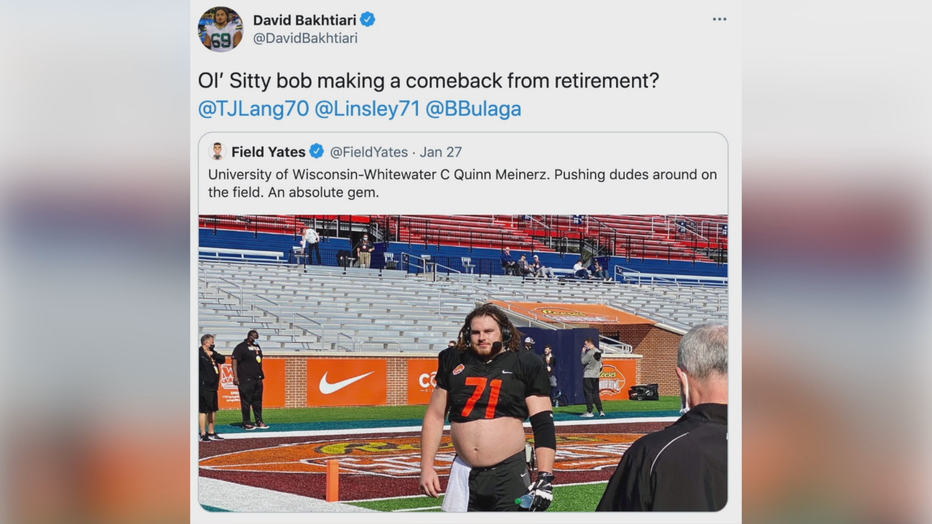 "I had to turn off all my notifications," said Meinerz, a senior offensive lineman.

Meinerz's practice wear went viral. For the offensive lineman, it was all in good fun.

"It's something I've always done. It's just how I practice. It's been that way since high school," Meinerz said. "I call it 'the gut'. That's the nickname I got in high school and the nickname that I also got at Whitewater." 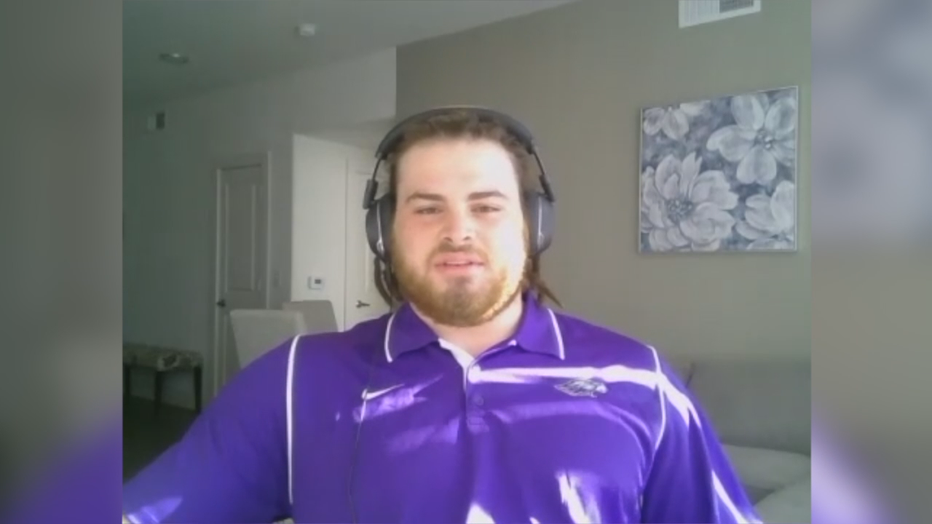 Meinerz was even compared to Seattle Seahawks player DK Metcalf, who likes to don the cropped jersey too.

Like his statement look, Meinerz does things his own way. The Hartford High School grad has trained in Canada the last few summers. He was unable to this past summer because of the COVID-19 pandemic.

"I was able to kind of bring a weight set with me and be creative with how I was lifting, with lifting with the propane tanks, curling with water jugs," said Meinerz.

"There were a couple trees that I saw that were dead, and that were going to be kind of falling over. I just thought it'd be a funny addition to what I was doing up there," Meinerz said. 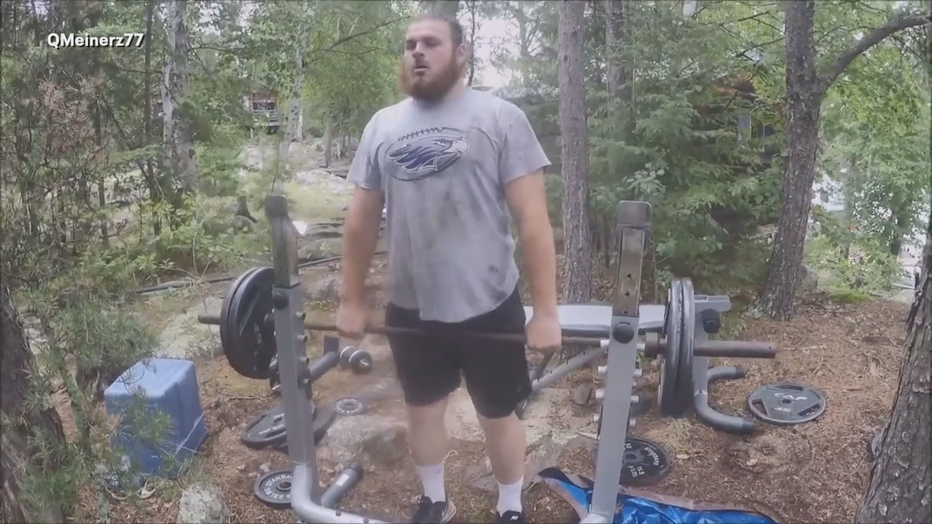 It's been a long year for Meinerz, who didn't get to play out his senior season with UW-Whitewater because of the pandemic.

"It was really tough to hear that the football season was done, but I kind of adopted the phrase 'control what you can control'. I was really focused on transforming my body and being ready for whenever my opportunity comes up," said Meinerz.

That opportunity to attend the Senior Bowl finally came after another offensive lineman from Alabama tore his ACL.

"It was really emotional getting that call. He goes 'it's Jim Nagy, do you want to put that Warhawk helmet on one more time?' I just started crying," Meinerz said. "It was just 13 months of work. I did everything I could without having a season and I just couldn't wait to get down there."

In a week of highly-watched practices and workouts, Meinerz shined.

"I really wanted to show off that I can play both guard and center which is huge. I also wanted to show that I have a really good initial punch. I learned a lot about myself and that I can really do this thing," said Meinerz.

There was one small setback. Meinerz broke his right hand on their final day of practice at the Senior Bowl, but was able to play through the pain. His prognosis is encouraging. 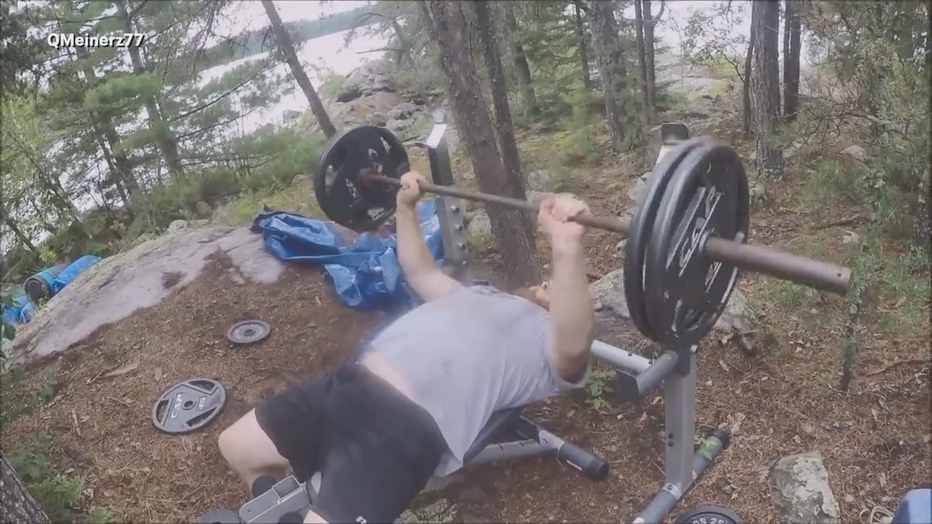 "In 3-4 weeks, it should be fully healed. I don't need surgery," Meinerz said.

Different times ahead of a new look NFL Combine because of the pandemic. Even with a lot of different parts of the Combine going virtual now, going to the Senior Bowl gave Meinerz a leg up on his competition.

"A big part of the Reese's Senior Bowl is that I was able to meet all 32 teams for a 15-minute interview, which is really awesome," said Meinerz.

Meinerz is also hoping to become the first player drafted out of UW-Whitewater since 2007.

"It would just be another one of those things where I could never dream of it happening. It'd mean a lot. It's not only for me, but it'd mean a lot for the school, my teammates, and my family," Meinerz said.

Hopefully, it's a dream soon fulfilled.

Meinerz will continue training in Texas. Looking ahead, he'll try and get into the Badgers Pro Day or try and host one of his own at UW-Whitewater.

Arrowhead's Zach Fitzgerald, a world champion qualifier in Irish dance, is hitting his stride on the wrestling mat.