A no-show for Aaron Rodgers at Packers minicamp

Green Bay Packers quarterback Aaron Rodgers is a no-show at the team's first mandatory minicamp for the season on Tuesday, June 8. But FOX6's Tim Van Vooren noted all of the teams' wide receivers are in attendance.

GREEN BAY, Wis. - Aaron Rodgers wasn’t with the Green Bay Packers for their first mandatory minicamp session Tuesday, the latest chapter in the standoff between the team and its MVP quarterback. 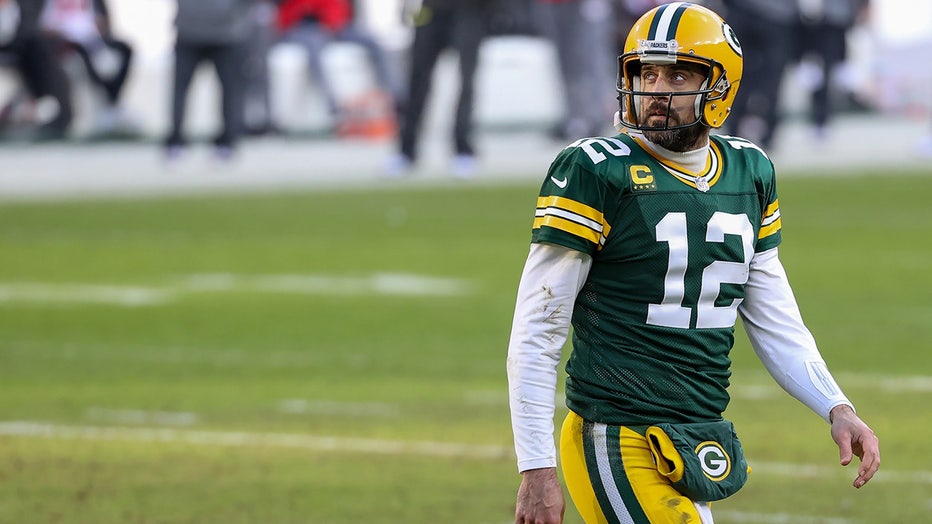 GREEN BAY, WISCONSIN - JANUARY 24: Aaron Rodgers #12 of the Green Bay Packers walks across the field in the second quarter against the Tampa Bay Buccaneers during the NFC Championship game at Lambeau Field on January 24, 2021 in Green Bay, Wisconsin.

Rodgers also hadn’t participated in the Packers’ voluntary organized team activities, which represented change from his usual offseason routine. The Packers have the option to fine Rodgers just over $93,000 if he misses all three minicamp sessions this week.

The three-time MVP has spent his entire career with the Packers, who selected him with the 24th overall pick in the 2005 draft. But his future with the team has been uncertain ever since ESPN reported in the hours leading up to this year’s draft that Rodgers doesn’t want to return to Green Bay.

Rodgers was noncommittal about his future in an ESPN interview that aired May 24 but did discuss his frustrations with the organization.

While Rodgers wasn't at at Tuesday's practice , the Packers did have their top five receivers all present. Those receivers, a group headed by All-Pro selection Davante Adams, had sat out the OTA sessions.

The Packers are seeking to take the next step after losing in the NFC championship game each of the last two seasons, but the uncertainty surrounding Rodgers' future has dominated offseason discussions.

Packers coach Matt LaFleur and general manager Brian Gutekunst have both said they want Rodgers back. Gutekunst has said he won’t trade Rodgers, who has three years left on his contract.

Packers CEO Mark Murphy noted in a monthly column posted Saturday on the team’s website that the issue has divided the team’s fan base. Also in the column, Murphy replied to a letter critical of Gutekunst by expressing support for the general manager.

"We remain committed to resolving things with Aaron and want him to be our quarterback in 2021 and beyond," Murphy said as he reiterated comments he’d made in a column a month earlier. "We are working to resolve the situation and realize that the less both sides say publicly, the better."

Waukesha coach's shirts off my back motivate runners

Every week of the track season since he started coaching, Waukesha South's John Barndt doles out a shirt from a former athlete to a runner he'll deem that week's Athlete of the Week.