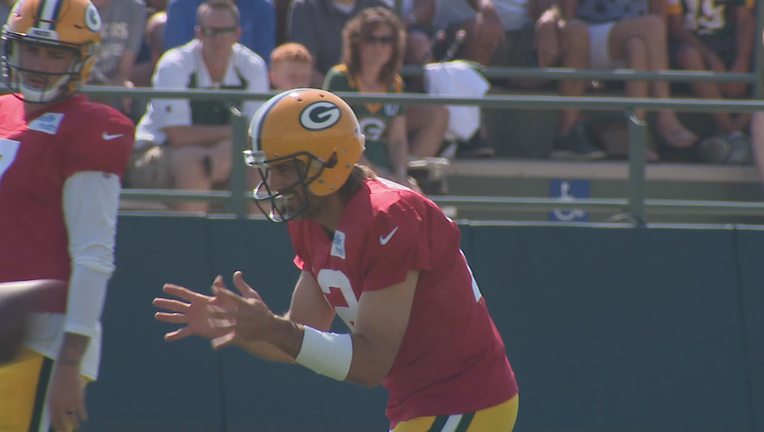 GREEN BAY, Wis. - Green Bay Packers quarterback Aaron Rodgers doesn’t have nearly as much of a problem with joint practices now as he did two years ago.

When the Houston Texans worked out in Green Bay in 2019 as part of the Packers’ first joint practice sessions since 2005, Rodgers quipped that "I wouldn’t mind if they didn’t do it for another 14 years."

He offered a much different tone Wednesday after the Packers conducted their first of two scheduled joint practices with the New York Jets.

"Look, I’ve never been a huge fan of joint practices, but I think I’ve said as well, there’s merit to certain aspects of it," Rodgers said. 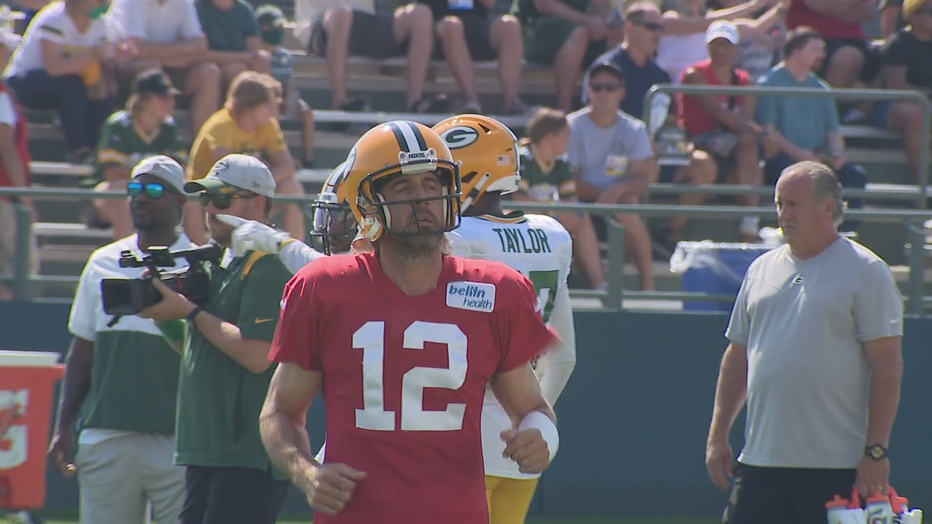 Part of the reason for his revised stance was the familiarity between the two staffs. New York Jets offensive coordinator Mike LaFleur is the younger brother of Packers head coach Matt LaFleur. Jets head coach Robert Saleh and Matt LaFleur worked together as graduate assistants at Central Michigan in 2004 and as Houston Texans assistant coaches in 2008-09.

But there’s also the sense that Rodgers is trying to savor this year as much as possible because the reigning MVP doesn’t know what the future holds.

Rodgers skipped the Packers’ organized team activities and mandatory minicamp as part of a standoff with team officials before reporting to training camp for his 17th season with the Packers. The three-time MVP has indicated he doesn’t know whether this will be his final year in Green Bay.

"I don’t want a farewell tour," Rodgers said. "I don’t know what’s going to happen after the season, but I’m going to enjoy it with the right perspective, for sure, and not look at it as I’m getting through this. I’m going to enjoy the hell out of all of it. That’s why I think I have a slightly different perspective about these practices with other teams."

Rather than the beginning of a farewell tour, Wednesday’s practice seemed more like a reunion.

Rodgers spent some time talking to Jets rookie Zach Wilson as well as New York’s other quarterbacks such as James Morgan, who grew up right near Green Bay in Ashwaubenon, Wisconsin.

"James is a big fanboy, he was getting a little nervous," Wilson joked. "I’m a big fanboy, too. We’ve all got to kind of pretend like we’ve been there before, but we enjoy just being out here and being able to talk to him."

LaFleur had said earlier this week that he expected plenty of relatives to attend these practices to see him and his brother.

The trust among the staffs also freed both teams to try out more things at Wednesday’s practice, a change from the Packers-Texans joint practices of 2019 that LaFleur conceded were pretty vanilla.

"When Robert got the job, I actually was FaceTiming with Matt and got to like congratulate him," Rodgers said. "So there’s a different type of respect, based on knowing each other, I think with this group that’s in town. We just didn’t know a lot of people on the Houston staff, and it’s just a different way of approaching the practices."

Saleh acknowledged he felt more comfortable with this setup than if the Jets had worked out against a team whose staff he didn’t know well.

They also could share some memories while appreciating how far they’d come.

"Shoot, I can remember when Saleh and I were at Central Michigan together and my brother was in high school with his girlfriend at the time, which is now his wife, Lauren," Matt LaFleur said. "We’d all be going over to Doozie’s, the ice cream shop (near Central Michigan’s Mount Pleasant campus) together. So, it is a long way from Mount Pleasant."