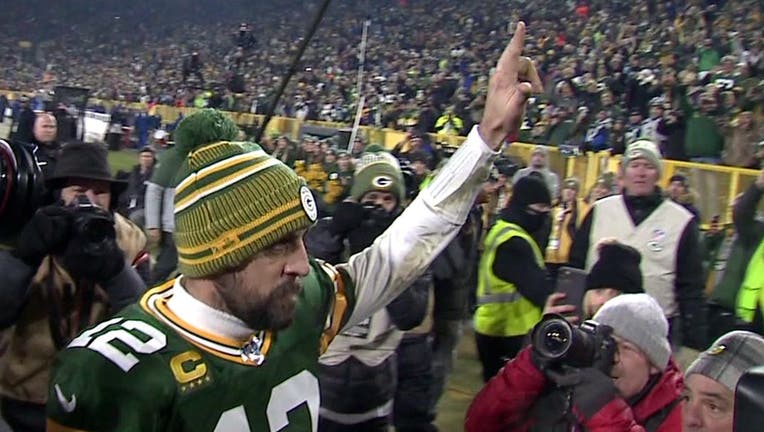 Peyton Manning knows a thing or two about moving on from a dynasty, and despite his own success with it, he still would like to see Aaron Rodgers stay with the Green Bay Packers.

The former Indianapolis Colts quarterback spoke about the recent drama surrounding Rodgers and reports that he could potentially play for another team next season in an interview with TMZ Sports on Wednesday.

"Aaron doesn’t need advice from me, he’ll make a good decision," Manning said. "We’ll see how it plays out. He’s done such a great job there in Green Bay. I think every player, their goal is to stay on one team the entire time that they can. Obviously, Tom (Brady) made a move and … when I think of Aaron I think of the Green Bay Packers, right? Same with Brett Favre."

Manning was drafted by the Colts as the No. 1 overall pick in the 1998 draft. He played 13 phenomenal seasons, resulting in a Super Bowl victory, four MVP honors and several other league records, before a neck injury sidelined him for the 2011 season. He was released the following season and the Colts drafted then-top-rated Stanford quarterback Andrew Luck.

Several days later Manning would sign with the Denver Broncos, where he would continue his legendary career, earring another Super Bowl ring in 2016.

But the situation in Green Bay seems much less amicable.

For Rodgers, the rift reportedly first surfaced in 2020 when Green Bay drafted Jordan Love, a quarterback, with its first-round pick instead of addressing Rodgers’ need for an offensive weapon.

Recent reports say another pivotal moment for Rodgers was when general manager Brian Gutekunst released receiver Jake Kumerow after the 2019 season shortly after the veteran quarterback shared his praise for the wideout.

Now it’s been reported that Rodgers is willing to sit out offseason activities or even retire if Gutekunst remains as GM.

The Packers have publicly backed Rodgers and are willing to smooth things out, but only time will tell if Rodgers will remain in Green Bay or follow in the footsteps of those like Manning and Brady.

"Hopefully they can get it worked out and I look forward to seeing him play this year somewhere," Manning said.

With Aaron Rodgers trade rumors swirling, almost anything the Green Bay Packers superstar does off the field this offseason is going to be scrutinized.