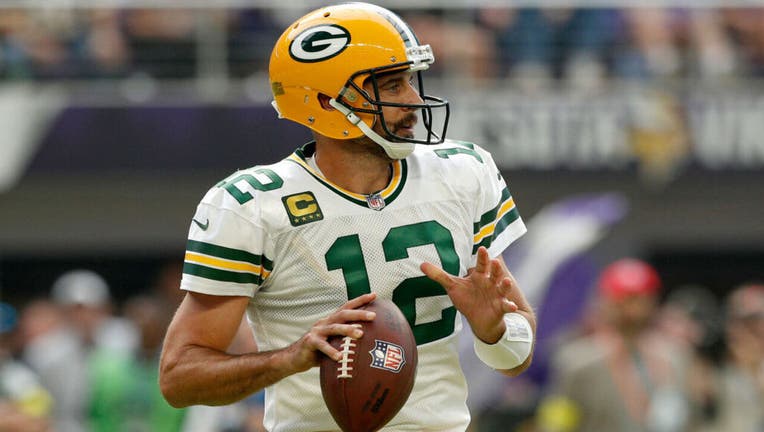 After accumulating the most receiving yards (3,016) in a player's first two years in the NFL, Jefferson set an all-time Vikings receiving record with 158 yards in the first half against a stacked Packers defense.

Kirk Cousins completed 23 of 32 passes for 277 yards without a turnover, targeting Jefferson on more than a third of his throws and keeping the Packers on their heels for most of the afternoon.

Aaron Rodgers' first game without Davante Adams was a struggle, and the three-time defending NFC North champion Packers fell flat in their opener for the second straight season. Last year, they deftly rebounded from a 38-3 defeat by New Orleans, but a repeat will require some new wide receivers to quickly emerge in rhythm with Rodgers.

The Packers are going to need a healthy offensive line for once, too, after they played most of the second half with three backups.

Jefferson rewarded O'Connell for his first critical in-game decision by catching a 4-yard touchdown pass on fourth-and-1 to punctuate the first possession. When Adam Thielen ran a slant, cornerback Eric Stokes and safety Adrian Amos both turned inside — leaving Jefferson wide open in the flat after he came in motion across the formation. 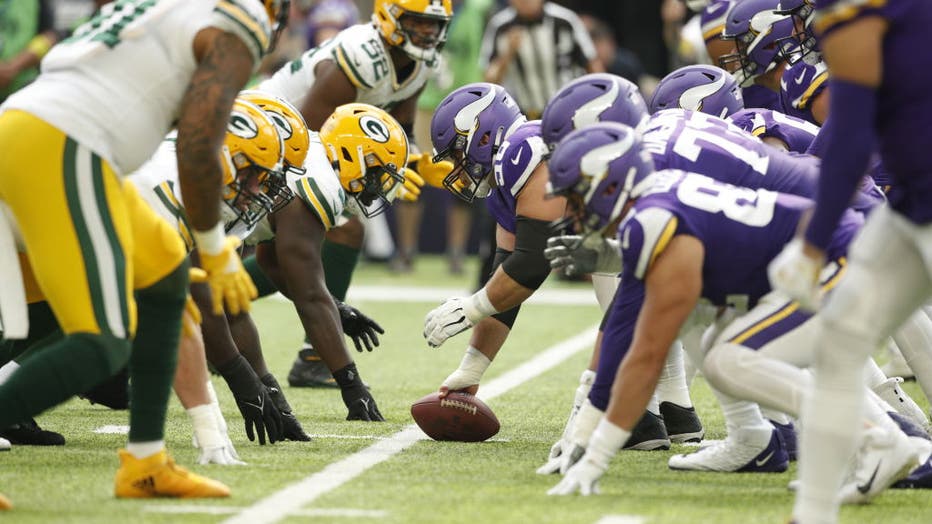 Jefferson had a 36-yard reception for a score in the final minute of the first half to give the Vikings a 17-0 lead. He came close to a third touchdown on the previous drive, too, but his diving catch at the edge of the end zone was a bit too far for him to drop both feet down.

That drive yielded the first of two field goals by Greg Joseph — who later made a career-long 56-yarder — and was set up by a 64-yard gain by Jefferson on a burst between Amos and fellow safety Darnell Savage to grab the heave from Cousins. The "MVP" chants from the fired-up crowd in Minnesota came soon after for Jefferson.

Sporting a fresh haircut after a summer of personal rejuvenation, Rodgers returned to an offensive cast that needs plenty of work — the running back duo of Aaron Jones and A.J. Dillon aside. Rodgers went 22 for 34 for 195 yards.

Second-round draft pick Christian Watson, who was taken after the Packers traded up with the Vikings for the No. 34 overall selection, juked past 12-year veteran Patrick Peterson on the first snap for the Packers and let what would've been a 75-yard touchdown pass slip through his hands.

Rodgers and coach Matt LaFleur — the winningest coach in NFL history through his first three seasons — showed plenty of frustration on the sideline. The defense did, too.

Rodgers even had his NFL-record streak against division opponents of 38 touchdown passes without an interception stopped near the end of the second quarter when his see-what-happens heave was picked off by Harrison Smith. The last one was snagged by Detroit's Amani Oruwariye on Dec. 29, 2019. 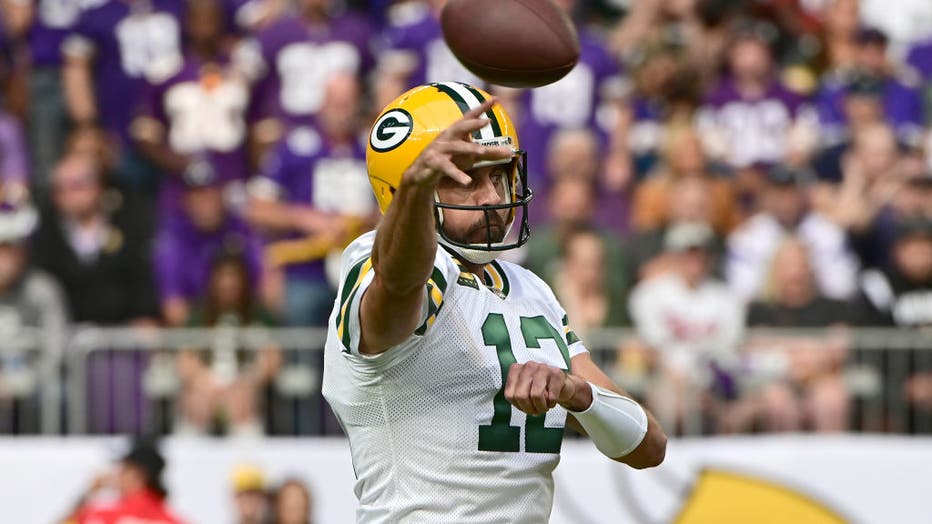 O'Connell brought a fresh start to the Vikings both in strategy and culture, while the revamped front office under rookie general manager Kwesi Adofo-Mensah largely kept the roster in tact. One exception was the addition of outside linebacker Za'Darius Smith, who was released by the Packers in a cost-cutting move this spring.

Smith had one of Minnesota's four sacks. Jordan Hicks had another one that forced Rodgers to lose a fumble on the first possession of the second half.

Packers: LG Jon Runyan entered the concussion protocol in the third quarter and was replaced by rookie Zach Tom. ... Rookie LB Quay Walker — the team's first round draft pick — departed with a shoulder injury in the fourth quarter along with backup CB Keisean Nixon. ... Backup LB Krys Barnes, who replaced Walker, hurt his ankle and left on a cart in the fourth quarter.

Vikings: Rookie CB Andrew Booth Jr. hurt his quadriceps and was announced in the second quarter as doubtful to return.

On an afternoon fit for fall, Sunday had all the makings of a successful start to the season.

The drinks at Major Goolsby's in Milwaukee were cold and the tables full of mostly Packers fans ready for a win.

"There's nothing better than being a Packers fan," said Doyle Kelly. 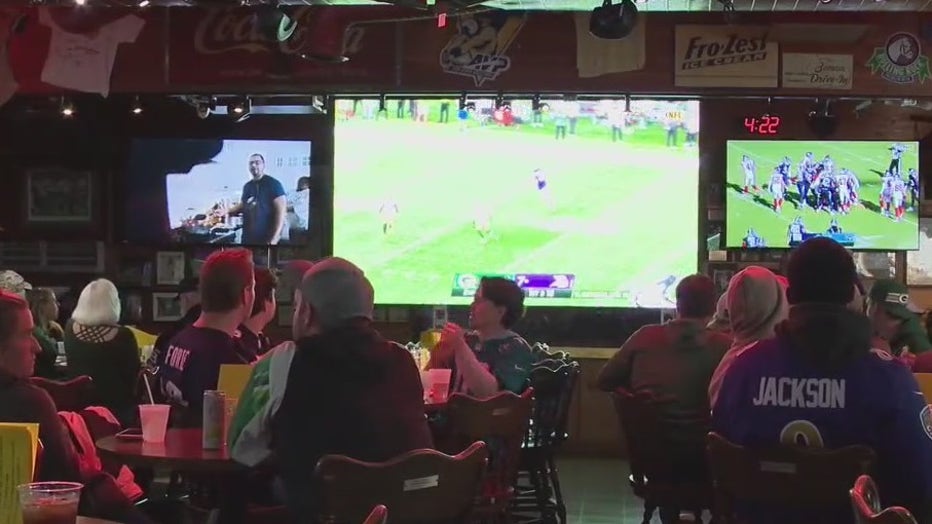 "Always go into it thinking we're gonna win the Super Bowl," said Freddie Blacks. "Not like the Cowboys but…"

All it took was an early Vikings touchdown and a drop to rain on the start of this year's Packers parade. 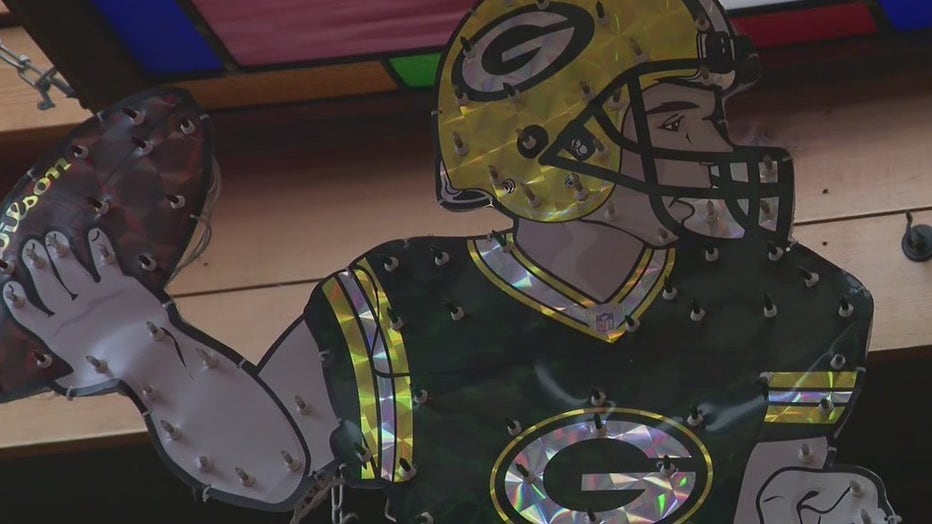 It also set the tone for much of the watch party until a third-quarter touchdown provided a glimmer of hope.

Still, Packers fans said they knew this year might start slow, having to rely on rookies and back-ups in Week 1.

"It's the first game," said Blacks. "You know, it's a lot of, it's rookies. They have, they're a little scared, but I feel like, you know, once they get that momentum, we'll be alright."

They said they hope for more chances to clap and cheer this season. 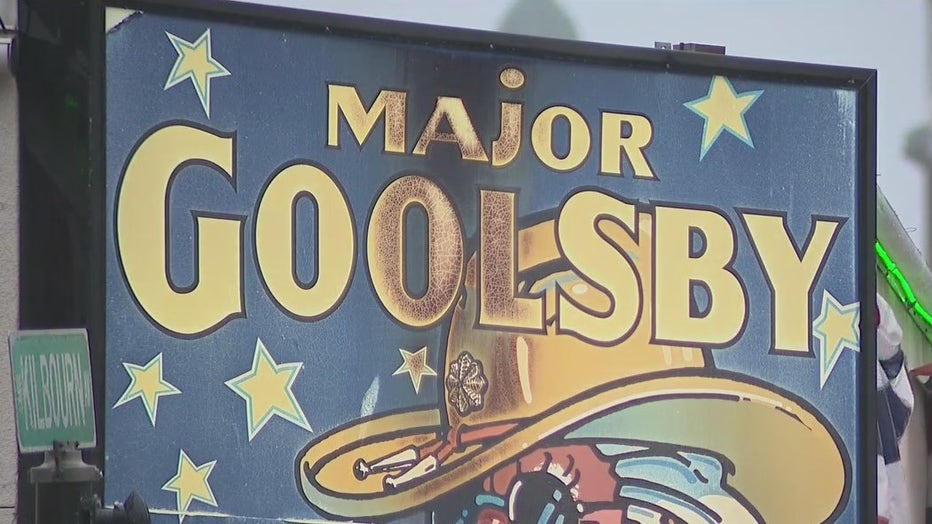 "It's not necessarily just about the teams you're cheering about individually, but it's also about just the fact that you see the community come together," said Reggie Anderson. "You see everyone cheer for their respective teams and just embrace football. That's what we do in the Midwest."

The Vikings scored on their first drive thanks to Justin Jefferson, bringing the score to 7-0.

The Packers ended up punting to end their first offensive drive.

Aaron Rodgers' first pass completion of the year came late in the first with a pass to Randall Cobb for a first down.

Rodgers was sacked by ex-Packers player Za'Darius Smith, and the Packers again punted with under 3 minutes remaining in the first.

The Vikings lead 7-0 at the end of the first quarter.

Packers' Robert Tonyan, back from an ACL injury, had a 23-yard catch for first down early in the second. Rodgers then threw to Aaron Jones for 22 yards.

A fourth and goal drive by the Packers ended with the Vikings (Za'Darius Smith) stopping AJ Dillon short of the end zone with under 8 minutes left in the half.

The Vikings added a field goal to extend their lead to 10-0 with under 4 minutes remaining in the half.

A Justin Jefferson touchdown put the Vikings up 17-0 just before halftime.

Then, Rodgers was picked off while going deep to Randall Cobb with 27 seconds left.

The Packers' first drive to start the second half ended with Rodgers sacked, resulting in a fumble. Rodgers went down hard after getting sandwiched against his left guard Jon Runyan. Rodgers was seen having his neck massaged on the sidelines. The Packers said Runyan was being evaluated for a concussion, eventually ruled out of the game.

The Vikings scored early in the third quarter with a 56-yard field goal by Greg Joseph, bringing the score to 20-0.

Aaron Jones got things going for the Packers with a 29-yard run into Minnesota territory with under 9 minutes left in the third.

The Packers finally got on the board with around 5 minutes left in the third, with an AJ Dillon touchdown. The extra point made it 20-7, which was the score at the end of the third quarter.

Rodgers was sacked again early in the fourth, and the Packers were forced to punt. This, after a 23-yard reception by Romeo Doubs.

Minnesota soon added another field goal to extend their lead to 23-7 – the final.