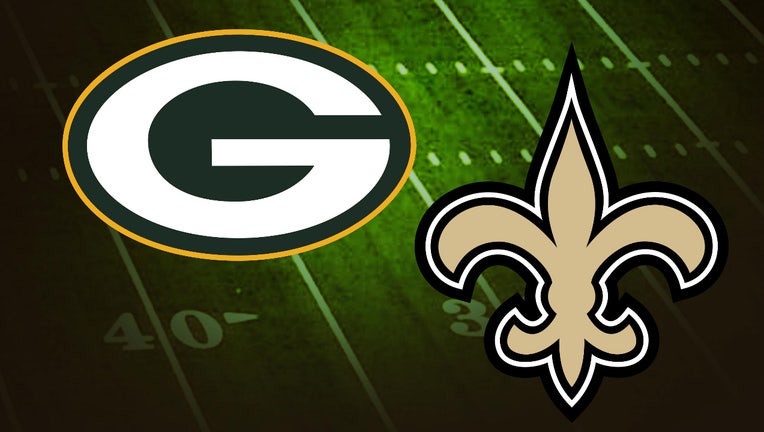 GREEN BAY, WIs. - It's official! The NFL announced on Wednesday, Sept. 1 that the regular-season opener between the Green Bay Packers and New Orleans Saints will be played at TIAA Bank Field in Jacksonville. This, after the Saints were displaced by Hurricane Ida.

The decision was made, in consultation with state and local officials and both clubs, in the interest of public safety.

While the Superdome appears to have been spared significant damage from the powerful Category 4 hurricane, there are logistical challenges with staffing an NFL game there in the near future because of the widespread damage in the New Orleans area.

"I am proud of the collective communications that occurred between many entities in a short amount of time that led to us making this decision," said Saints owner Gayle Benson. "It is never easy to make a decision that involves not playing a Saints home game in the Caesars Superdome, but I am confident that this is the right decision for our city at this juncture."

General manager Mickey Loomis said the Saints expect to play a lot of home games at the Superdome this season.

After the opener, the Saints have road games at Carolina and New England before their next scheduled home game Oct. 3 against the New York Giants. Two more road games and their bye week follow before they host defending Super Bowl champion Tampa Bay on Oct. 31.

The Saints evacuated New Orleans before the storm to North Texas, and have practiced this week at AT&T Stadium, the home of the Dallas Cowboys. They are remaining in Texas for workout s next week, and will travel to Jacksonville the day before the season opener.

"We’ve got a firm plan for the next week of preparation. ... We’ve got a place to practice and a place to stay for our team," Loomis said. "I don’t think there’s anything really too unique about playing on the road if we have to do this Week 1, because we’re going to do that Week 2 and Week 3. So it’ll be a normal road trip, it’s just departing from here."

The arrival of Ida came 16 years to the day after Hurricane Katrina devastated New Orleans. The Saints were forced to move for the entire 2005 season, setting up operations in San Antonio while playing home games there and in Baton Rouge at LSU. New Orleans also played one "home" game at Giants Stadium while going 3-13 that season.

Spurred on by the quick restoration of the Superdome, the Saints went 10-6 and won the NFC South in 2006, Sean Payton's first season at coach.

"Collectively, we have a monumental task ahead of us in cleaning up the after effects left by Hurricane Ida, but it has been inspiring to see people getting right to work and starting the process," Benson said, also thanking the Jaguars staff and their city leaders in offering to host our game.

Saints season ticket holders will have access to tickets for the opener before they go on sale to the general public.

Swimming pool rental app: Wisconsin backs down on regulating it

Wisconsin regulators have backed down on demands that operators of a startup that allows private homeowners to rent their swimming pools by the hour said would kill their business.

At Forest Park in Kenosha, a baseball league for adults and children has one group of players looking forward to Mondays.