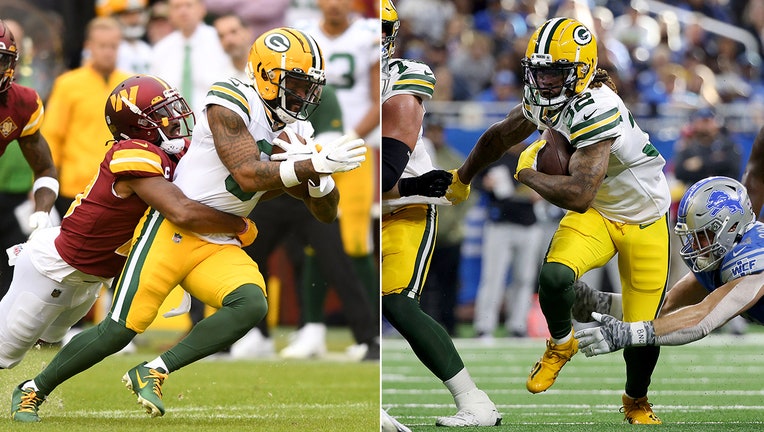 GREEN BAY, Wis. - The Green Bay Packers on Tuesday, Nov. 15 released wide receiver Amari Rodgers and running back Kylin Hill – both drafted by the team in 2021.

Rodgers was drafted in the third round out of Clemson and played in 27 games (including playoffs) with one start.

Primarily featured as a return specialist, Rodgers averaged 18.9 yards per kick return and 7.6 yards per punt return the past two seasons. He caught a total of eight passes for 95 yards. Rodgers fumbled twice as a rookie and five times in 10 games this season – including one in Sunday's win over the Dallas Cowboys.

According to the Packers' official depth chart, Keisean Nixon and Romeo Doubs are the only players listed as either a kick or punt returner following Rodgers' release.

Hill appeared in 10 games after being drafted in the seventh round out of Mississippi State. He totaled 11 carries for 21 yards and one catch for five yards.

Additionally, the team on Tuesday signed running back Patrick Taylor from the practice squad to the active roster. He joined the team in 2020 as an undrafted free agent and has played in 16 games, including seven this season.