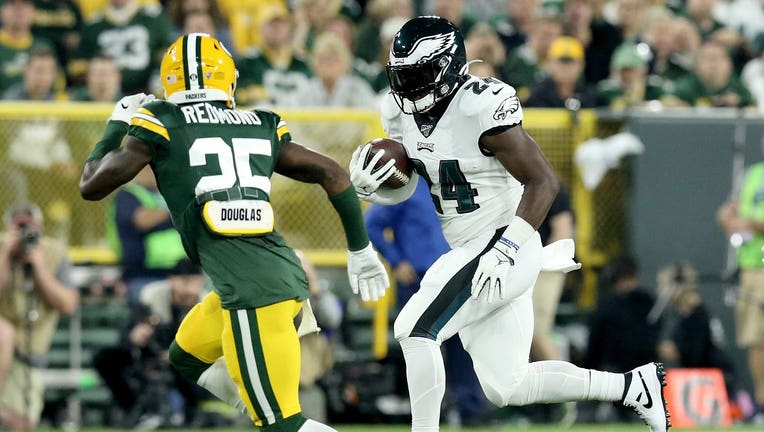 GREEN BAY, WISCONSIN - SEPTEMBER 26: Jordan Howard #24 of the Philadelphia Eagles runs with the ball while being chased by Will Redmond #25 of the Green Bay Packers in the first quarter at Lambeau Field on September 26, 2019 in Green Bay, Wisconsin.

The 27-year-old spent the last three years in Green Bay where he has played in 31 games with five starts.

Redmond was drafted by the 49ers in the third round of the 2016 NFL Draft, but did not play his rookie season because of a knee injury.

After missing the first eight games of 2017 with an ankle injury, San Francisco cut Redmond.

Redmond was signed to the Chiefs practice squad and was released by Kansas City in September 2018.