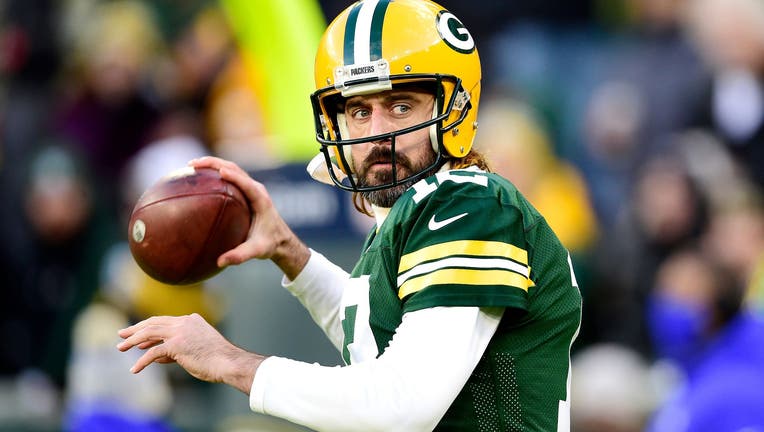 The Rams outscored Green Bay 11-0 in the fourth quarter, but their comeback attempt ended when Adrian Amos recovered an onside kick with 17 seconds left.

Rodgers went 28 of 45 for 307 yards as the Packers bounced back from a 34-31 loss at Minnesota. The reigning MVP threw touchdown passes of 7 yards to Randall Cobb and 5 yards to A.J. Dillon.

Rodgers, who didn’t practice all week, says he has a fracture of his pinky toe. The injury had caused him to practice just once in the week leading up to his 385-yard, four-touchdown performance at Minnesota.

The Rams (7-4) dropped their third straight game and continually made mistakes to create scoring opportunities for Green Bay, which scored 16 points off three Rams turnovers.

Matthew Stafford went 21 of 38 for 302 yards with three touchdown passes. But he also lost a fumble to set up a touchdown and had an interception returned for a touchdown. Stafford has thrown a pick-6 in each of the last three games.

Odell Beckham Jr. had five catches for 81 yards with a 54-yard touchdown in his second game as a Ram. The Packers pursued Beckham when the Browns released him earlier this season, but the three-time Pro Bowl selection chose the Rams instead.

Rodgers opened the scoring and put the Packers ahead for good with a 1-yard touchdown to cap a drive that began at the Rams 6-yard line. Green Bay’s Rashan Gary, coming back from an elbow injury that sidelined him last week, sacked Stafford and hit the quarterback’s elbow to cause a fumble that Preston Smith recovered to give the Packers first-and-goal.

In the third quarter, Los Angeles’ J.J. Koski was returning a punt when Dominique Dafney forced a fumble that Krys Barnes recovered at the Rams 27. That turnover set up Mason Crosby's 29-yard field goal that extended Green Bay’s lead to 30-17. 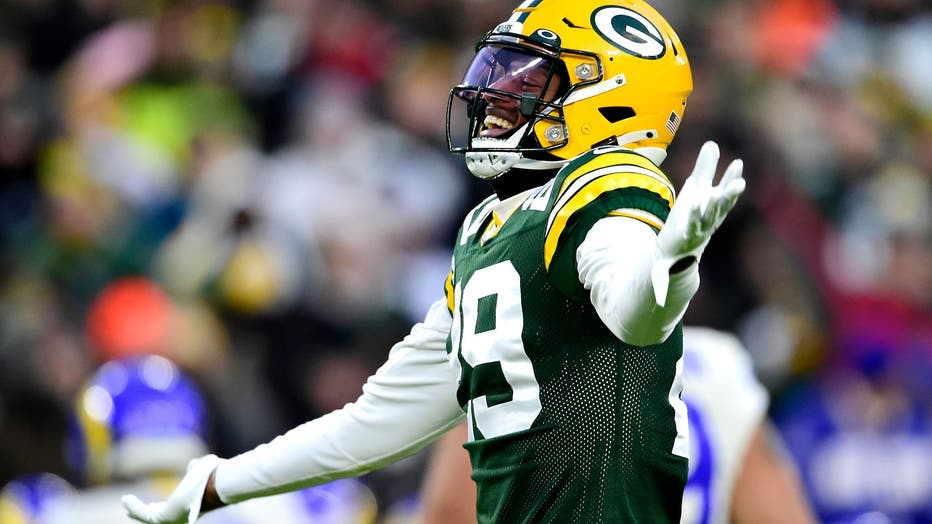 Later in the third, Rasul Douglas made it 36-17 by stepping in front of Stafford's pass to Cooper Kupp and scoring his first career touchdown on a 32-yard interception return.

The Packers were the first on the scoreboard with a rushing touchdown by QB Aaron Rodgers. This, after Rashan Gary forced a fumble and Preston Smith recovered. Rodgers' third rushing TD of the season put the Packers up 7-0 with about 2 minutes left in the first quarter.

A Mason Crosby field goal from 45 yards put the Packers up 10-0 as the second quarter got underway.

The Rams quickly added a touchdown when Van Jefferson broke a tackle from Chandon Sullivan and ran for 79 yards, cutting the Packers' lead to 10-7.

Crosby was good from 28 yards to put the Packers up 13-7 with under 10 minutes remaining in the half.

The Rams added a field goal of their own, cutting the Packers' lead to 13-10 with the 36-yarder with under 8 minutes left in the second quarter.

An Aaron Rodgers pass to Randall Cobb extended the Packers' lead to 20-10 with just over 2 minutes left in the half.

A Los Angeles Rams' touchdown brought the score to 20-17 with 1:28 left in the first half.

The Packers led by 3 at the half.

Green Bay scored on their opening drive of the second half with a 5-yard A.J. Dillon reception for a touchdown. The extra point brought the score to 27-17 with under 8 minutes left in the third quarter.

Mason Crosby added his third successful field goal from 29 yards to put the Packers up 30-17 with under 3 minutes left in the third.

That preceded a pick-six and touchdown by Packers' Rasul Douglas. The Packers lead 36-17 with under 2 minutes left in the third.

Rams' WR Odell Beckham Jr. scored a 54-yard TD and L.A. brought the score to 36-25 with a two-point conversion early in the fourth.

Mason Crosby went 3-of-4 for field goals after missing a 42-yarder late in the fourth, with under 3 minutes left in the game; the final: 36-28 Packers.