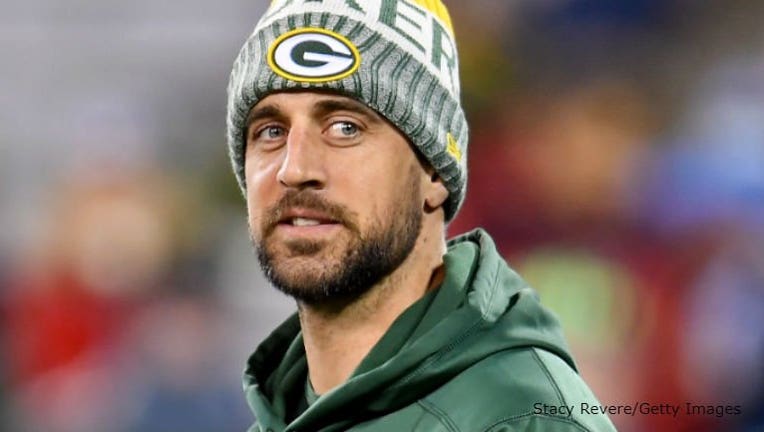 GREEN BAY, Wis. - Aaron Rodgers reportedly turned down a contract extension from the Green Bay Packers that would have made him the highest-paid player in the NFL.

The deal would have kept Rodgers with the Packers for five more seasons, ESPN reported Tuesday.

The details behind the reported extension offer were not made known.

According to Spotrac, the 37-year-old has a potential out after the 2021 season if he chooses to play.

He moved swiftly around the blitz of questions about playing for the Packers during "The Match" early this month, replying, "We’ll see."

Rodgers talked about how he spent the offseason and it centered on getting into the right frame of mind.

"I'm very thankful for the opportunity to work on my mental health," Rodgers said, via ESPN. "I haven't dealt with bouts of depression or anything, that I think for whatever reason, are OK to talk about if you're talking about mental health. I've just really been trying to think about what puts me in the best frame of mind. What habits can I form that allow me to feel most in my body, most present, happiest? And that's what I've been doing."

The Milwaukee Health Department will bring COVID-19 vaccines to the plaza at Fiserv Forum on Tuesday, July 20 from 6 p.m. to 7:45 p.m.

Alternatives to watching Game 6 at the Deer District

If you're not a big fan of massive crowds, check out Game 6 of the NBA Finals at any of a number of locations.