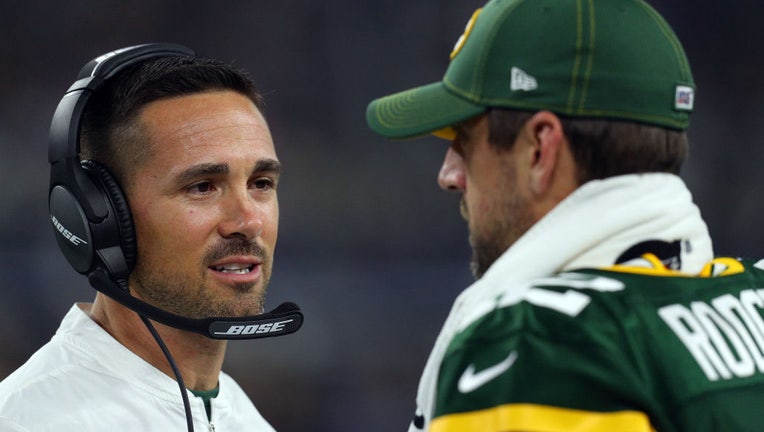 ARLINGTON, TEXAS - OCTOBER 06: Head coach Matt LaFleur of the Green Bay Packers talks with quarterback Aaron Rodgers #12 on the sidelines during the game against the Dallas Cowboys at AT&T Stadium on October 06, 2019 in Arlington, Texas. (Photo b

When asked after the Packers’ annual shareholder meeting Monday whether the team had agreed to extensions with LaFleur and Gutekunst, team president/CEO Mark Murphy said he’d prefer to keep those matters "internal."

"I’ll just say I’m confident not only Matt and Brian but Russ Ball will continue to be Packers employees for years to come," Murphy said.

Packers training camp begins Wednesday, and Green Bay is ready to welcome the fans! FOX6's Tim Van Vooren tells you about some of the changes you can expect to see in Titletown.

The Packers have posted a 39-10 regular-season record and 41-13 overall mark in LaFleur’s three seasons as coach while winning the NFC North in each of those years. They lost 13-10 to the San Francisco 49ers in an NFC divisional playoff game last season after falling in the NFC championship game each of LaFleur’s first two seasons.

Gutekunst took over as the Packers’ GM in January 2018 after working as their director of college scouting (2012-15) and director of player personnel (2016-17).

Gutekunst worked over the last year to smooth things over with quarterback Aaron Rodgers, who had skipped the Packers’ organized team activities and mandatory minicamp in a standoff with team management. Rodgers produced a second straight MVP season and discussed his improved relationship with team officials before signing a contract extension that keeps him in Green Bay.

Ball joined the Packers as a vice president of football administration/player finance in February 2008. He was promoted to his current position in January 2018.