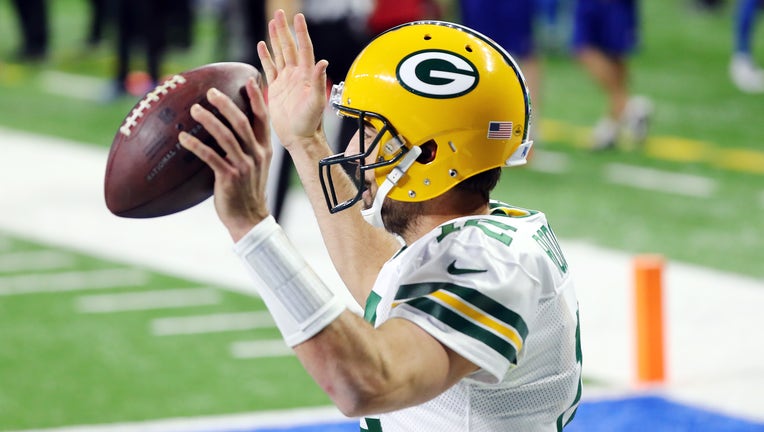 GREEN BAY, Wis. (AP) - The Green Bay Packers’ path to the No. 1 seed in the NFC playoffs is straightforward.

Win their final three regular-season games, and the Packers (10-3) have the opportunity to earn a Super Bowl berth without leaving Lambeau Field. That’s a tantalizing possibility for a franchise that has lost on the road in three of the past six NFC championship games.

The conference’s top seed only has to win two playoff games at home to make it to the Super Bowl. The Packers, who already have clinched the NFC North title, will try to take one more step toward earning that No. 1 seed when they host the slumping Carolina Panthers (4-9) on Saturday night.

"Winning two football games at home and then playing in the Super Bowl, that’s crystal clear," Packers wide receiver Davante Adams said. "That’s kind of the message we’ve had for the past week or two."

The Packers follow up the Carolina game by hosting Tennessee (9-4) and visiting Chicago (6-7). The Packers and Saints (10-3) share the same record, but Green Bay owns a tiebreaker advantage after winning at New Orleans on Sept. 27.

Green Bay has won three straight thanks in part to the potent passing combination of Adams and Aaron Rodgers. Adams has 14 touchdown catches to tie Kansas City’s Tyreek Hill for first place among all NFL players. Rodgers has thrown an NFL-leading 39 touchdown passes. 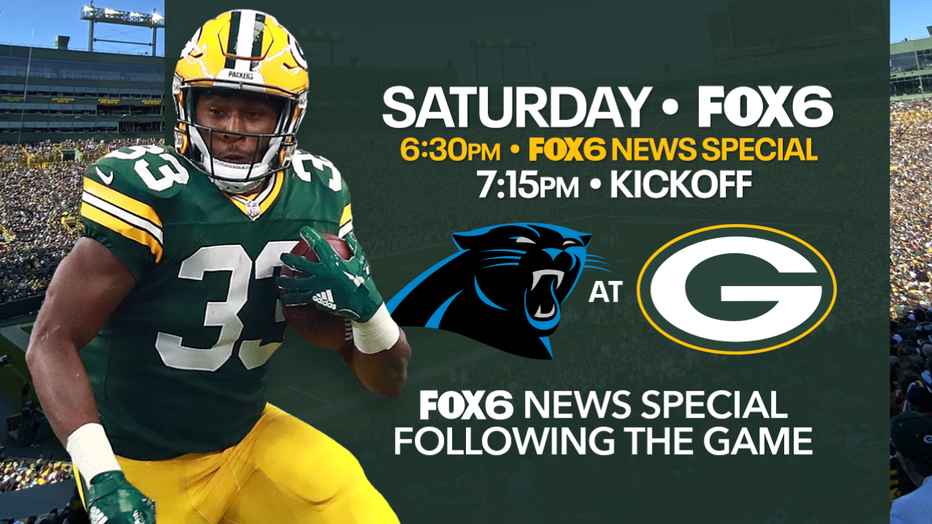 Rodgers’ play has impressed Panthers coach Matt Rhule, who remembers watching tape of the two-time MVP while working as a New York Giants assistant offensive line coach in 2012. Rhule says Rodgers has the same physical skills now that he possessed then.

Rodgers will be facing a Carolina defense that has struggled lately against lesser quarterbacks as the Panthers have dropped six of their past seven games.

The Panthers are coming off a 32-27 loss to Denver in which they allowed Drew Lock to throw for 280 yards and four touchdowns without an interception. Two weeks earlier, Carolina fell 28-27 to Minnesota as Kirk Cousins threw for 287 yards and three touchdowns without getting picked off.

Three of the Panthers’ past four losses have been decided by a total of eight points. In seven of Carolina’s losses, the Panthers had the ball late in the fourth quarter with a chance to win or send the game into overtime.

"It’s definitely a hump that we want to get over," Panthers quarterback Teddy Bridgewater said. "We are capable of getting over it, but we have to execute when that situation comes. And that starts with me being better in those situations."

Rodgers’ big season has raised hope that he could earn a third MVP honor after previously winning the award in 2011 and 2014. Rodgers and Kansas City Chiefs quarterback Patrick Mahomes are considered top contenders.

"There’s not many guys that have won three, so that would definitely mean a lot," Rodgers said. "I feel like I’ve been in the conversation, you know, a number of years outside of the two that I’ve won. We’re talking about in ’12 when A.P. (Adrian Peterson) went nuts against us in the last game of the year. I had a pretty good year that year. Obviously in ’16 we made a run and led the league in passing touchdowns. Didn’t really get a sniff for some reason that year. But, you know, I definitely felt like I was in the conversation. You know, it’s nice to be back in the conversation."

Adams has caught a touchdown pass in eight straight games. Only two players in the Super Bowl era have longer such streaks within the same season.

Hall of Famer Jerry Rice had a touchdown catch in 12 straight games in 1987. Cincinnati's A.J. Green caught a touchdown pass in nine consecutive games in 2012.

While Panthers running back Christian McCaffrey (thigh) is expected to miss his 11th game this season because of injury, wide receiver D.J. Moore should return this week after missing the Broncos game while on the COVID-19/reserve list.

Moore had also injured his ankle late in a Week 14 loss, but Rhule said he should be fine. Moore has 50 catches for 924 yards and four touchdowns this season.

The Packers will try to avoid the special-teams breakdowns that have hampered them lately.

In its past two games, Green Bay has allowed a 73-yard touchdown punt return to Philadelphia’s Jalen Reagor and a 71-yard kickoff return to Detroit’s Jamal Agnew. Earlier this season, Green Bay gave up a touchdown on a 91-yard punt return to Jacksonville’s Keelan Cole.

The Green Bay Packers welcome the Carolina Panthers to Titletown for a prime-time matchup on Saturday, Dec. 19. It's a game you can see only on FOX6.

Packers to host frontline workers at Saturday's game vs Panthers