Fans glad to be back in Lambeau Field

Packers fans are beyond excited to be back inside Lambeau Field

MILWAUKEE - The countdown is on to watch Aaron Rodgers and the Green Bay Packers take on the Tampa Bay Buccaneers in Sunday's NFC Championship game at Lambeau Field.

Seeing the action in-person, though, is a once-in-a-lifetime opportunity. But a father and son snagged tickets to the previous week's game before seats sold out in just 27 minutes. Now, they are going for it again.

Still glowing from the Packers' victory over the Rams, Ponga said Titletown was electric on Saturday.

"Everyone was screaming as loud as they could. Especially at the end, the 'MVP' chants, that is something I’ll never forget," Ponga said. 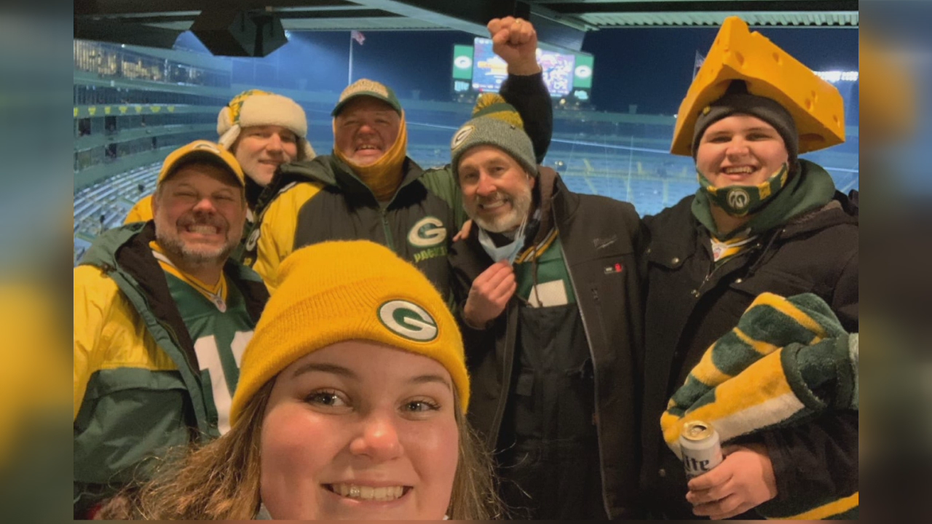 Luke Ponga, Mark Ponga and others at Lambeau Field

Ponga, a graduate student at MSOE, cheered on the Pack with a few family friends, his sister and their dad, Mark.

"Everyone around us, yelling and jumping up and down," said Mark Ponga.

On a waiting list for more than three decades, the born-and-raised Packers fanatic finally had his turn.

"He signed up back in his 20s," Luke said. "And they stopped allowing fans because of COVID." 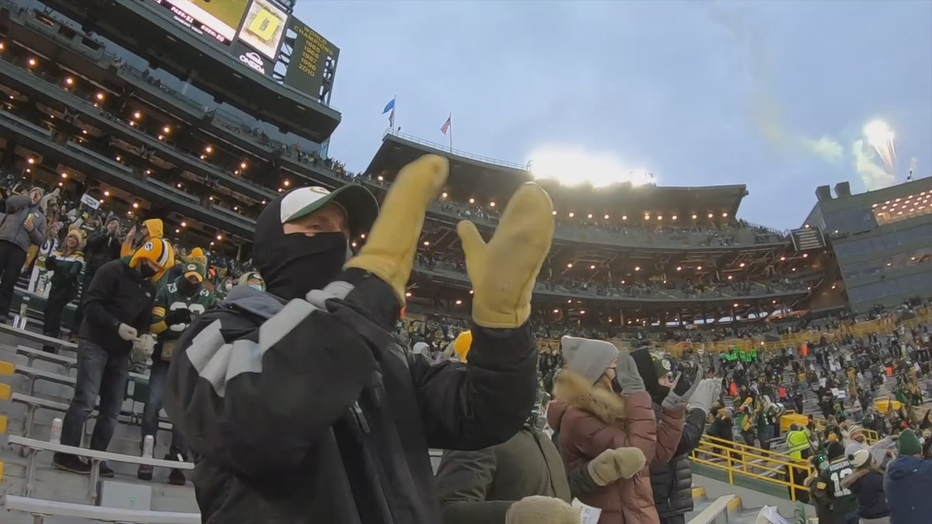 Packers fans at Lambeau Field for a playoff game against the Rams on Jan. 16, 2021.

For the conference championship game, 6,500 tickets are up for grabs. Season ticket holders who opted-in over the summer are eligible to buy them. On Wednesday morning, the father and son will try going two-for-two -- a moment to share between generations, a memory they hope to make from the stands.

If you are lucky enough to score tickets to Sunday's game, what will it cost? The Packers say prices range from $215 to $280 per seat, based on location.

Aaron Rodgers and the Green Bay Packers face Brady and the Bucs in the NFC title game at 2:05 p.m. Sunday, Jan. 24 at Lambeau Field.

The Packers, headed to the NFC Championship, has caused an explosion of interest in memorabilia at Waukesha Sports Cards.