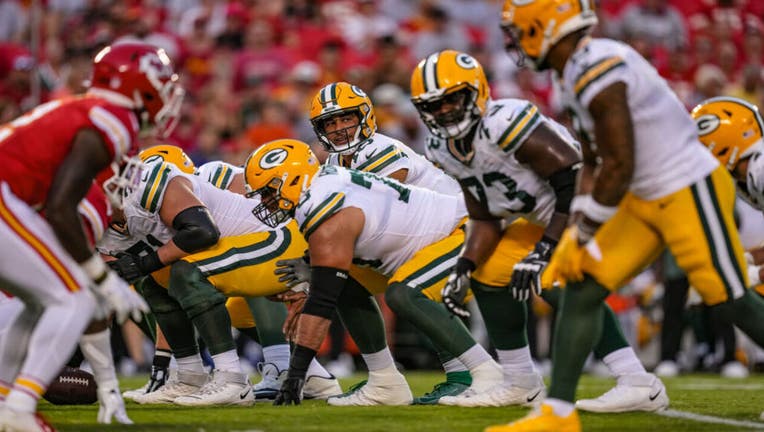 KANSAS CITY, Mo. - Patrick Mahomes walked onto the field for a poignant penalty, then the Chiefs and Packers rested most of their starters in their preseason finale Thursday night, which Kansas City won 17-10 behind two touchdown passes from Shane Buechele.

The third-stringer outplayed longtime Chiefs backup Chad Henne, throwing for 166 yards with both of his scoring strikes to journeyman tight end Matt Bushman, who later left with a shoulder injury and did not return.

The Packers' Jordan Love threw for 148 yards with an interception in his final work before Aaron Rodgers takes over for the regular season. Trent Goodson ran for 28 yards and a score as he tries to win the No. 3 running back job for Green Bay.

The lasting memory Thursday night wasn't the score or a play, though, but Mahomes' penalty.

It came after the first-team Chiefs defense forced the Packers, playing their starting offensive line with Love and a host of backups, to a 3-and-out to start the game. Mahomes headed onto the field with most of Kansas City's starting offense and lined them up in a choir huddle — the old-fashioned style favored by Hall of Fame quarterback Len Dawson.

Mahomes allowed the clock to run out but the delay-of-game penalty was announced not on his No. 15 but on No. 16, the number that Dawson wore during his playing days. It was among the many tributes to the Chiefs icon and longtime NFL broadcaster, who died this week at the age of 87.

"Obviously, we’re praying for his family," Mahomes said, "but he did so much to impact the Kansas City community and this organization. We wanted to do something, a little token to show our appreciation."

Mahomes, who had an excellent first two preseason games, never took a snap before joining Travis Kelce and other Chiefs stars on the sideline. Other starters, such as running back Clyde Edwards-Helaire, were done after a couple of snaps.

Most of the work went to those competing for the last few jobs, which must be decided before Tuesday's deadline for teams to cut rosters to 53 players. Isaih Pacheco capped a strong rookie camp for Kansas City with 52 yards rushing, while veteran Ronald Jones ran for 43 yards in his last-ditch effort at securing a job.

The Packers were also sifting through the last couple of jobs, including the running back spot behind Aaron Jones and A.J. Dillon. Goodson got the bulk of the work as he tries to beat out Patrick Taylor and Dexter Williams for the job.