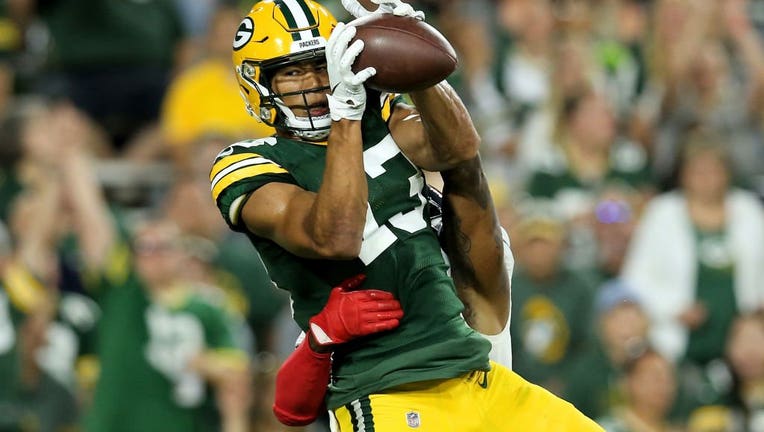 That means neither receiver is likely to play Thursday at Arizona (7-0).

Lazard's potential absence would make it even tougher for the Packers to maintain their uncanny level of success in games Adams has missed.

Adams has sat out six games since 2019 because of injury. The Packers have won them all.

"We’re not a better team without him, that’s for sure," Rodgers said. "I’d have to look at each of those games, but we’ve just found a way to win those games."

Rodgers said he had spoken with Adams since the news broke Monday.

None of the other games the Packers won without Adams were quite as challenging as this one.

The Packers (6-1) have a short week to prepare for a road test against the NFL’s lone remaining unbeaten team.

They also likely will be without defensive coordinator Joe Barry, who tested positive this week. Receiver Malik Taylor has been on the reserve/COVID-19 list since Oct. 15.

"We understand that we’ve got a tough opponent that we’re going up against, and obviously we’d love to be at full power and have everybody out there," wide receiver Randall Cobb said. "His presence will be missed, but it’s important for us to go out and to find a way to win a ballgame."

>FREE DOWNLOAD: Get breaking news alerts in the FOX6 News app for iOS or Android.

That’s what they’ve been able to do the other times they’ve been without Adams recently. Rodgers recalled how other players often have stepped up to make big plays in those games.

For instance, Lazard had six catches for 146 yards and a touchdown when the Packers won 37-30 at New Orleans without Adams last year. One week later, tight end Robert Tonyan caught three touchdown passes in a 30-16 victory over Atlanta when Adams was still sidelined.

"I may be thrown into different situations now that I’ll have to prepare for," Cobb said. "I think as far as ’Te not being there, we understand how good of a player he is and what he means to this team. His presence is going to be missed. But the train goes on and we have to prepare and have to get ready for the game and do our best to go out and make the plays when we have the opportunities and put our team in a situation to win the ballgame."

Perhaps no team relies more on a single receiver than the Packers depend on Adams. He is tied for second in the league in catches (52) and targets (73), behind only Cooper Kupp of the Los Angeles Rams. He ranks third in yards receiving with 744, behind Kupp and Cincinnati’s Ja’Marr Chase.

Nobody else on the Packers has more than 28 targets, 26 catches or 186 yards receiving.

"I mean (the game plan) definitely gets altered, for sure," Rodgers said. "You know he hasn’t had the same type of targets as maybe the first five weeks the last two weeks. But he’s definitely a focal point of our offense."

The Green Bay Packers have demonstrated all season they can win games when they’re not even close to full strength. Now they’re about to face a challenge unlike anything they’ve encountered all year.