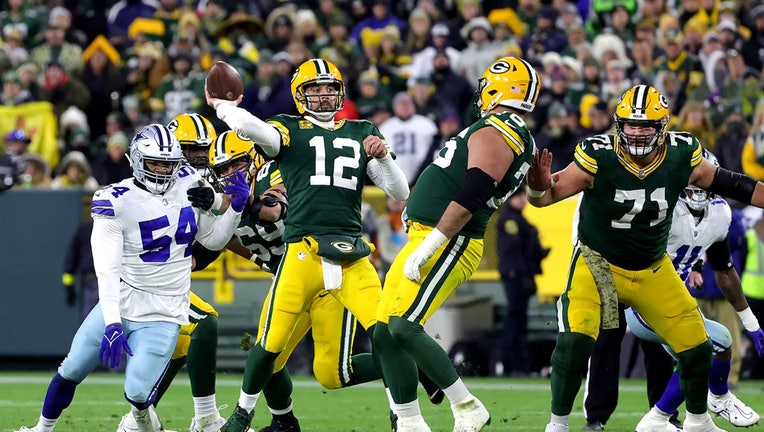 Aaron Rodgers, #12 of the Green Bay Packers, throws a touchdown pass during the fourth quarter against the Dallas Cowboys at Lambeau Field on Nov. 13, 2022 in Green Bay, Wisconsin. (Photo by Stacy Revere/Getty Images)

The playing surfaces at NFL stadiums have become a hot-button issue in the league over the past several weeks, and the back-to-back MVP is throwing his hat in the ring.

Green Bay Packers quarterback Aaron Rodgers made his case for all NFL games to be played on natural grass, becoming the latest NFL player to push for an end to certain types of artificial turfs.

"As much as I’ve enjoyed playing indoors over the years on turf, I do think it's time to go all grass throughout the league," Rodgers said Tuesday. "I think you would see less of these noncontact injuries that we see on some of the surfaces, and I think that it'd be a good step in the right direction towards player safety to make the requirement for every field to be grass."

When asked if he had confidence in the league and its owners to make a quick decision on playing surfaces, Rodgers told reporters he has his doubts.

"No, honestly, I don't have a lot of confidence when it comes to the league making that decision without some sort of big vote and gripes from certain owners who don't want to spend the money," Rodgers told reporters.

"This to me is player safety. We, and when I say ‘we’ I mean the people who negotiated without the players, agreed to 17 games, which wasn't about player safety. It was about monetary gains. So, this would be putting your money where your mouth is if player safety is important." 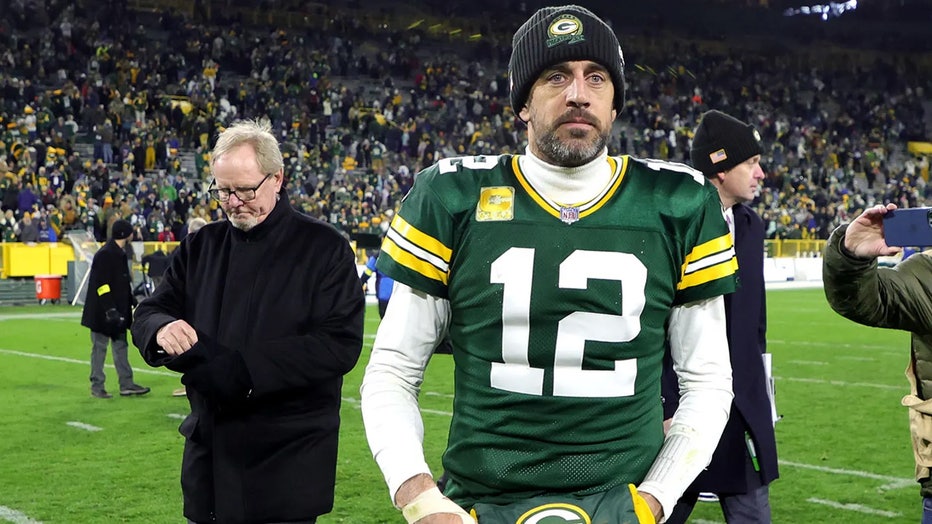 Aaron Rodgers, #12 of the Green Bay Packers, on the field after a win over the Dallas Cowboys at Lambeau Field on Nov. 13, 2022 in Green Bay, Wisconsin. (Stacy Revere/Getty Images)

Rodgers’ comments come days after the NFL Players Association called for an immediate end to the use of slit-film turf fields throughout the league.

"Advocating for safer working conditions is a core job of our union, and there are few greater examples of this than raising the standards of the fields we practice and play on," NFLPA President JC Tretter wrote on Saturday.

"Week after week, we have heard players sound off on the need to improve our fields, too often after a player suffers an injury. This week, we have seen the NFL PR machine go into overdrive to spin a more favorable narrative to what the union and players know is a problem.

"If the NFL is serious about their claims that they make data-based decisions and that they care about player safety, then we have some actionable items for them."