Packers must ‘finish the job’ in playoffs or top seed ‘means nothing,’ James Jones says

The Green Bay Packers did everything they could in the regular season to boost their chances of reaching the Super Bowl for the first time in a decade. Now they’re hoping for some cooperation from Mother Nature.

GREEN BAY, Wis. - For the eight NFL teams guaranteed to host at least one game in the playoffs this month, the comfort of familiar surroundings sure can't hurt their quest to reach the Super Bowl.

Staying in the same time zone and avoiding airplanes and hotels ought to help players stay fresh. For the far-north teams, namely, Green Bay and Buffalo, the cold, wind, and potential snow could provide a timely boost against an opponent from a warmer-weather city.

Make no mistake, though: The home-field advantage that has long been part of the story of professional football all but vanished during the year of the virus. Largely empty stadiums cut off crowd noise as an energy source and strategic asset.

"It doesn’t feel any different playing at home or playing away right now, said Seattle coach Pete Carroll, whose team normally has a leg up as much as any host with the partial roof cantilevered over the seats that help amplify the noise at what is now called Lumen Field. "It’s just evened everything out."

With a win on Sunday night over a Philadelphia team offering little resistance, Washington Football Team took the NFC East title. The victory was dually decisive, giving visitors a collective 128-127-1 record for the 2020 regular season — the first winning mark since the AFL-NFL merger in 1970. Road teams were narrowly outscored 6,353-6,339, a mere two-touchdown gap.

Over the previous 10 years, home teams collected 342 more wins than the visitors and scored an average of an additional 2.19 points per game. Over the 50 seasons prior to this unprecedented 2020 scene of largely empty stadiums, the home team winning percentage was .575.

The difference was immediately noticeable. Packers quarterback Aaron Rodgers was able to lure Vikings linebacker Anthony Barr offside on 3rd-and-5 late in the third quarter of the season opener at Minnesota, which had enjoyed one of the NFL's most daunting environments for visiting teams. 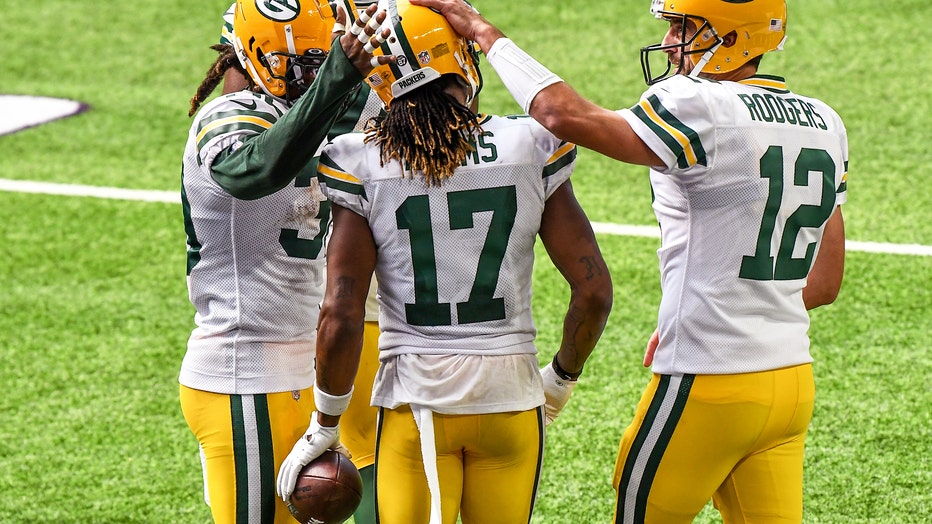 The no-risk throw by Rodgers after the yellow flag flew went for a 39-yard completion to Marquez Valdes-Scantling to set up a score and put the game away. The Vikings, after matching the best home record in the NFC over their first four years at U.S. Bank Stadium, went 3-5 there in 2020. Their young and struggling defense had no help from a crowd on those critical third downs, making Sunday afternoons that much easier for the opposing offense.

Even in road games, the defense was more exposed in the highest-scoring regular season in NFL history. In Pittsburgh on Dec. 27, Steelers quarterback Ben Roethlisberger heard the Indianapolis Colts shouting, "Slant, slant, slant!" before a first-down snap in the third quarter to warn the defensive backs of the route he might deliver the ball to.

"We should've run a slant. I almost changed the play, but I didn't because they were yelling it," Roethlisberger said.

Instead, he threw deep to Diontae Johnson for a 39-yard touchdown that cut the lead to 10 points and ignited the comeback for a 28-24 victory.

"There are absolutely times in games where you hear a defender say, ‘Hey, watch this,’ and you’re like, ‘Man, that’s what we called.’ Some of that is dumb luck. Some of that is maybe tendencies. We can hear stuff that they talk about," Roethlisberger said. "It is one of the most unique years when it comes to strategy, when it comes to trying to trick people. Sometimes you even are trying to do dummy signals and saying dummy things just to make things happen or to trick other teams."

The Vikings lost 33-27 at home to Chicago on Dec. 20, a defeat that ultimately gave the final wild-card spot in the NFC to the Bears. Minnesota had played the week before at Tampa Bay, one of the few stadiums where state COVID-19 rules allowed crowds of up to 25% capacity.

Hundreds of Vikings fans made the trip south to attend that game, and though the support didn't lead to a victory, their presence in purple jerseys was a welcome sight to the team near the end of this draining and frustrating season.

"You don’t realize how much the fans are important to you until they’re gone," running back Dalvin Cook said. "I think that’s with a lot of stuff in life, but us on the field, we notice it. We miss the fans so much."

A pair of Packers Super Bowl champions are among the finalists for the 2021 induction class.