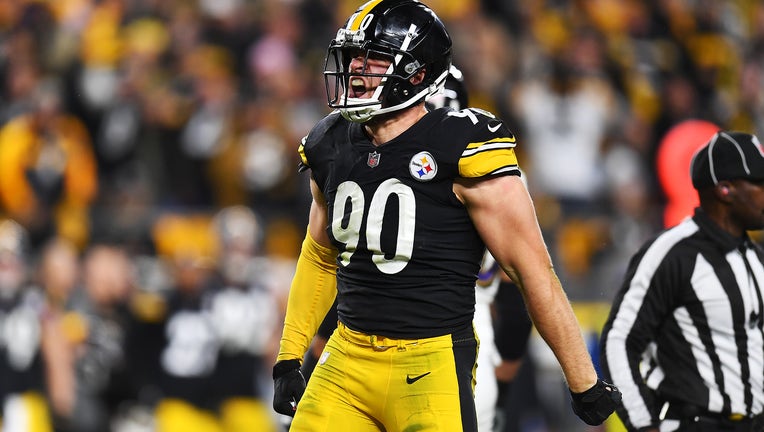 T.J. Watt of the Pittsburgh Steelers reacts after a sack against the Baltimore Ravens at Heinz Field on Dec. 05, 2021 in Pittsburgh, Pennsylvania. (Photo by Joe Sargent/Getty Images)

INGLEWOOD, Calif. - T.J. Watt has made it a brother act for AP Defensive Player of the Year.

Watt, a unanimous All-Pro selection this season, follows his brother, who was the top defensive player in 2012, ’14 and ’15 with Houston.

Although he missed three games, Watt still got to the sacks mark set by Hall of Famer Michael Strahan — and Watt didn’t need Brett Favre taking a dive for the final sack. In all, Watt made 64 tackles despite battling an assortment of injuries.