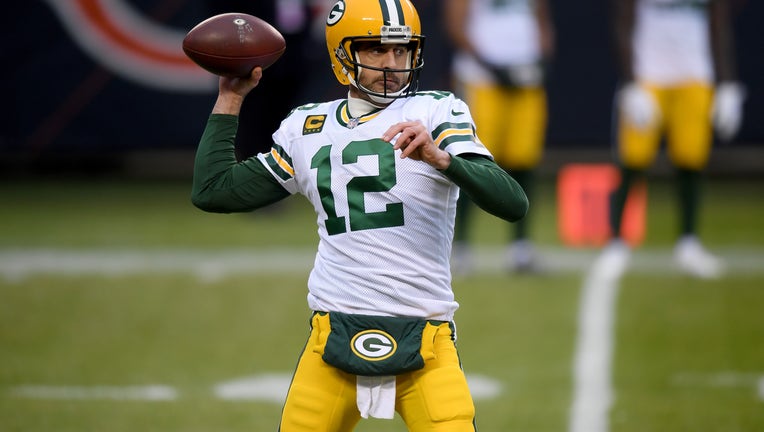 When the No. 7 seed Bears lost Sunday to the No. 2 Saints, 21-9, it finalized the Rams as the top-seeded Packers' next opponent. No. 6 LA is the lowest remaining seed in the NFC playoff field.

The Rams won on the road at Seattle on Saturday, knocking off the No. 3 seed Seahawks, 30-20, to advance.

Brees, Saints pull away late for 21-9 playoff win over Bears

Drew Brees will get to celebrate his 42nd birthday by preparing for a playoff game that will also feature the one active NFL quarterback older than him.

Brees completed 28 of 39 passes for 265 yards, connecting with Michael Thomas and Latavius Murray for touchdowns, and the New Orleans Saints defeated the Chicago Bears 21-9 in an NFC wild-card game Sunday.

Alvin Kamara rushed for 99 yards and added a 3-yard touchdown run in the fourth quarter after sitting out the regular-season finale and not practicing this past week because of COVID-19 protocols.

The victory for the Saints (13-4) and Brees, who turns 42 on Friday, sets up a divisional-round meeting next weekend in the Superdome with Tampa Bay and 43-year-old QB Tom Brady.

The Bears (8-9) put forth a scrappy performance defensively that prevented the Saints from building more than a one-touchdown lead until Murray's 6-yard catch-and-run score made it 14-3 late in the third quarter.

That score resulted from a big Bears mistake: Safety Eddie Jackson, lined up for an apparent blitz, jumped offside on fourth-and-3 from the Bears 13-yard line.

Two plays later, Brees was scrambling to his right when he spotted Murray waving for the ball. Brees got it there with a short touch pass over onrushing linebacker Khalil Mack, and Murray sprinted straight to the goal line, diving through converging tacklers to reach the end zone.

Brees' first touchdown pass came in the opening quarter on an 11-yard throw over the middle to Thomas, back from a three-game absence to help heal a nagging ankle injury. Thomas, the 2019 Offensive Player of the Year, missed nine games this season and had not caught a touchdown pass since Dec. 22, 2019, at Tennessee.

The Bears' Tashaun Gipson set up Chicago's first points and might have prevented a Saints score on the same play. He got his hand on the ball as Taysom Hill attempted to throw deep with a receiver breaking into the clear. The ball fluttered forward just a few yards and defensive lineman John Jenkins caught it, setting up Cairo Santos' 36-yard field goal to make it 7-3.

But the Chicago offense struggled most of the game against a defense that ranked fourth in the NFL. Quarterback Mitch Trubisky completed 19 of 29 passes for 199 yards and one inconsequential TD pass to tight end Jimmy Graham as time expired. The Bears were held to 48 yards rushing.