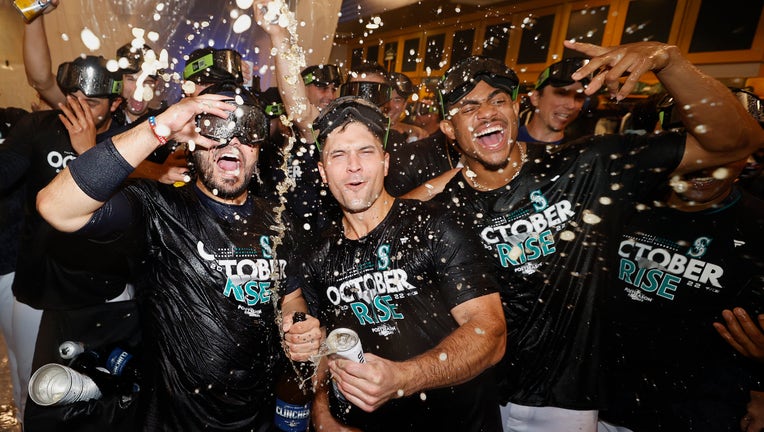 Eugenio Suarez #28, Adam Frazier #26 and Julio Rodriguez #44 of the Seattle Mariners celebrate in the clubhouse after clinching a postseason birth after beating the Oakland Athletics 2-1 at T-Mobile Park on September 30, 2022 in Seattle, Washington.

Bryce Harper, back at last. José Ramírez and his Cleveland teammates trying to break a long drought — with a new name.

And Aaron Judge, Mookie Betts and other top stars looming next week.

All of a sudden, the entire Major League Baseball playoff picture came into focus Tuesday night. The matchups were finally set, right before the last day of the regular season.

The postseason, expanded from 10 teams last year to 12 this season, begins Friday with a newly created wild-card round. All four series are best two of three — three days in a row, no breaks, with the higher seed hosting every game.

At Citi Field, the New York figures to throw aces Scherzer and deGrom at San Diego, featuring big-hitting Machado and Soto. The Mets' bid to win the NL East ended when they were eliminated by the defending World Series champion Atlanta Braves, so New York wound up as the top NL wild-card team. 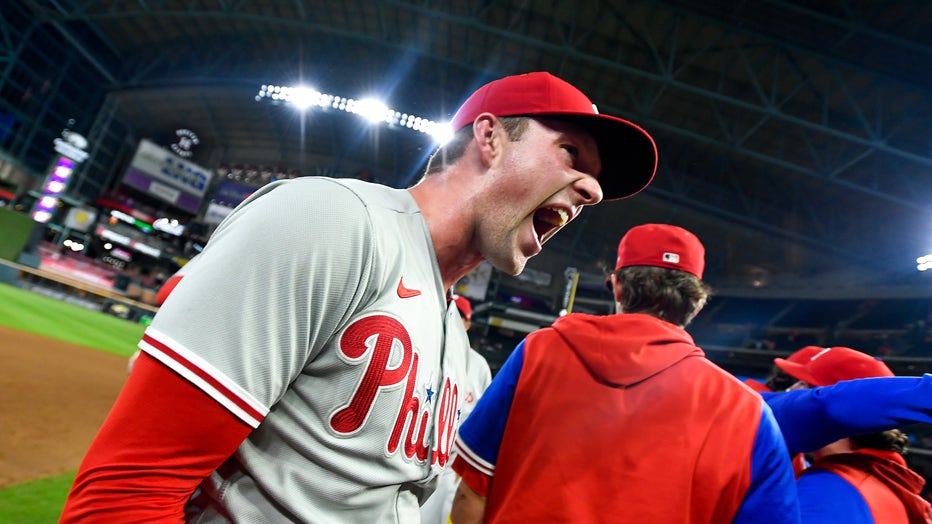 Rhys Hoskins #17 of the Philadelphia Phillies celebrates on the field after defeating the Houston Astros to clinch the Wild Card at Minute Maid Park on October 03, 2022 in Houston, Texas. (Photo by Logan Riely/Getty Images)

"We have to go on the road and play against a tough team and beat some of the best pitchers in the game," Machado said. "It is about going out there and enjoying the moment."

At Busch Stadium, soon-to-be retired St. Louis stars Yadier Molina and Pujols host Harper and Philadelphia. The Cardinals won the NL Central, but as the No. 3 seed don't get the benefit of an early bye.

A two-time champion with the Cardinals, the 42-year-old Pujols has looked like a 24-year-old version of himself down the stretch, topping 700 career home runs and passing Babe Ruth for second place on the all-time RBIs list.

A two-time MVP, Harper makes his first playoff appearance since 2017 with Washington. He missed two months in the middle of the season because of a broken thumb, but is ready to swing away for the Phillies. 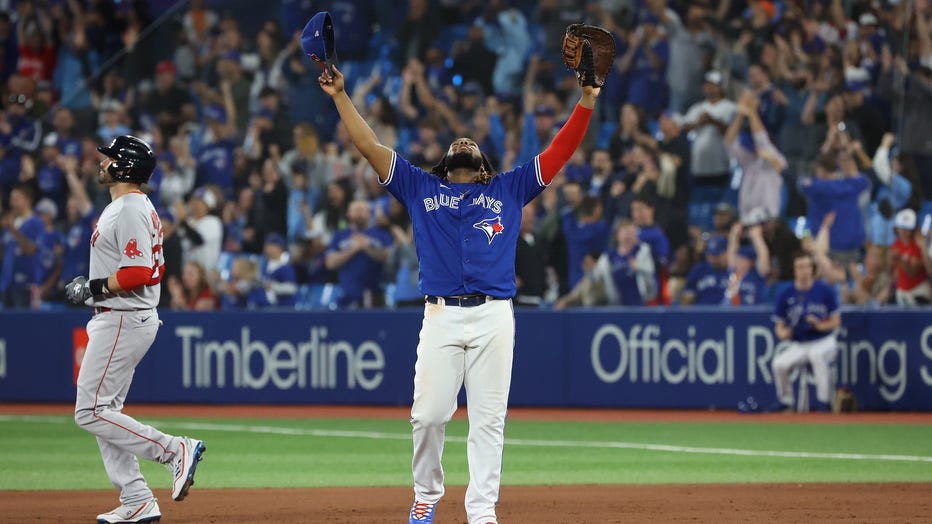 Toronto Blue Jays first baseman Vladimir Guerrero Jr. (27) raises his arms after the final out as they clinch a playoff spot as they Toronto Blue Jays beat the Boston Red Sox 9-0 at Rogers Centre in Toronto. September 30, 2022. (Steve Russell/Toronto

This will be Cleveland's first postseason appearance as the Guardians. The team hasn't won the World Series since 1948. Randy Arozarena, already established as a playoff star, will try to boost the Rays to the first championship in franchise history.

The Guardians went 4-2 against the Rays this year, winning two of three last week at Progressive Field. All three games in the series were decided by one run, with two going to extra innings.

"It will be a good environment," Tampa Bay second baseman Taylor Walls. "It’s a good thing that we just went there. ... I know the guys are amped up. We’re ready to be there." 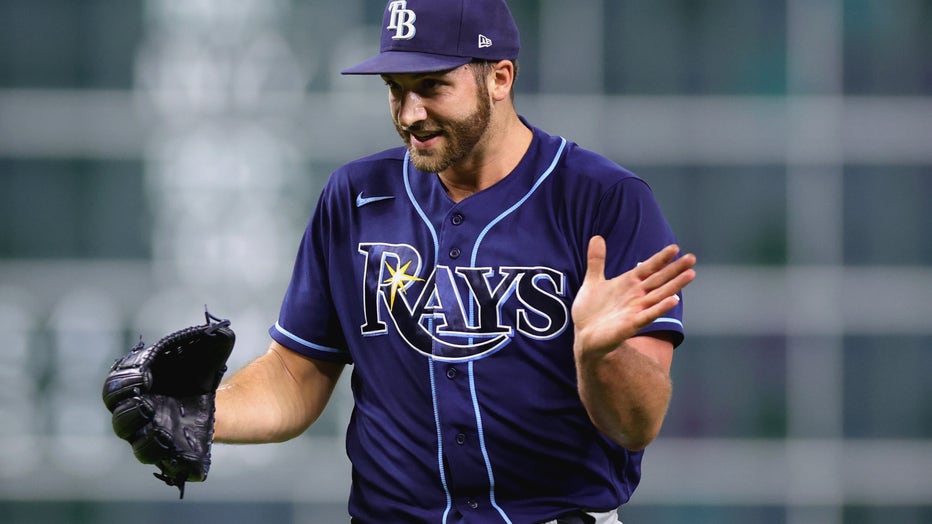 Colin Poché #37 of the Tampa Bay Rays reacts to defeating the Houston Astros 7-3 and clinching the Wild Card spot at Minute Maid Park on September 30, 2022 in Houston, Texas. (Photo by Carmen Mandato/Getty Images)

In Toronto, Vladimir Guerrero Jr. and the top AL wild-card Blue Jays take on Seattle and its rookie sensation, Rodríguez. The series also matches Robbie Ray, who won the Cy Young Award with Toronto last year, against his former team.

All four matchups are scheduled to end Sunday. The best-of-five Division Series in both leagues begin Oct. 11.

Judge, fresh off hitting his 62nd home run to set the AL record, and the Yankees will host the Tampa Bay-Cleveland winner in Game 1. Justin Verlander and the Houston Astros start at home against the Seattle-Toronto winner.

In the NL, Freddie Freeman, Betts and the Los Angeles Dodgers, who have set a franchise record for wins, host the Mets-San Diego winner in the opener. Ronald Acuña Jr., injured last fall when the Braves won the World Series, will start at home against the St. Louis-Philadelphia winner.