Celebrating mothers makes the second Sunday in May very special every year. One Milwaukee athlete is hoping to celebrate his mom once again this summer in Tokyo.

MILWAUKEE - Celebrating mothers makes the second Sunday in May very special every year. One Milwaukee athlete is hoping to celebrate his mom once again this summer in Tokyo.

"I owe everything to this city," said Marvin Kimble.

It’s something you can feel from Kimble right after you meet him. He is Milwaukee and Milwaukee is him."

He’s trying to do that the best way he knows how – through gymnastics – as he’s trying to make the Olympic team for the Tokyo games.

"There's just people around me that this and I want this for them so I’m ready for it," he said. 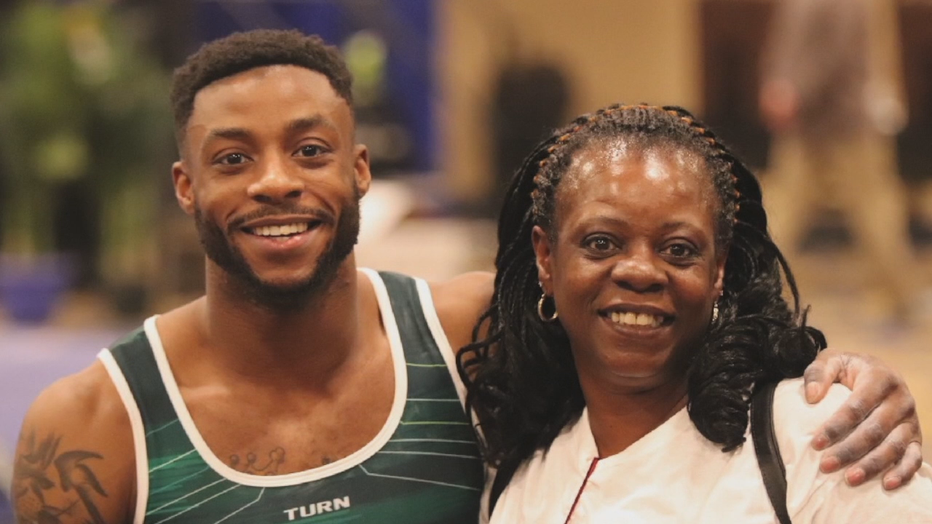 It seems as if he’s been ready for this moment his whole life.

"My mom saw me flipping off of fences, playground sets, everything and she was like, ‘I don’t want you to hurt yourself, so we got to take you somewhere where there’s mats or pit foam,' so we went to a local gym downtown, Milwaukee Turners."

That's when he met a person who would become one of the most important people in his life, Andrei Kan. 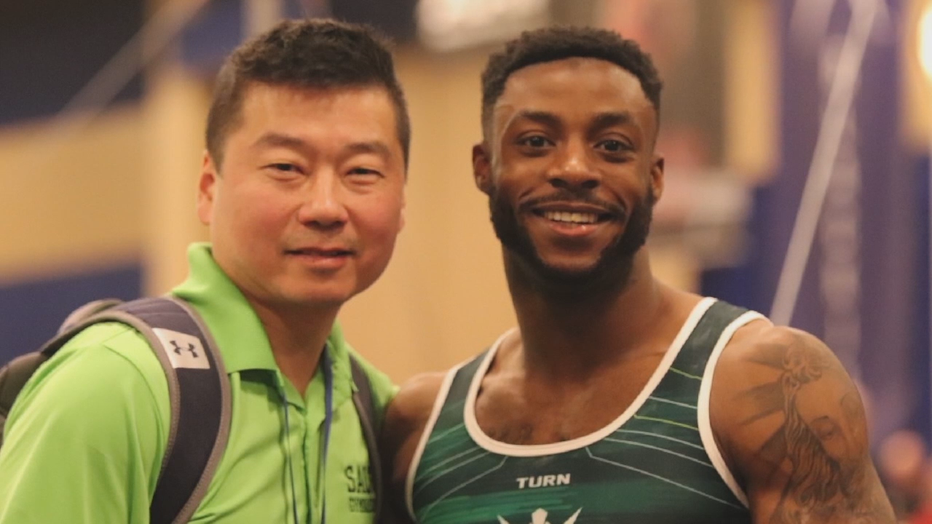 "He’s like a father figure to me," said Kimble. "He just kind of stepped into that role and took me in as a son."

For 15 years, Andrei has also been coaching Kimble, getting him ready for the possibility of seeing his Olympic dreams come true.

"We’ve gone through this journey together," said Kimble. "He’s coached a bunch of Olympians. He’s an Olympian, as well, so he has the resume and the reputation in the gymnastics world."

The journey would never have begun if it weren’t for Carolyn Crenshaw, Kimble's mom, who continues to be very involved in his development.

"That’s mom. She’s special. I mean, she quit her job to make sure I could get to the gym every day, making sure I’m eating the right meals and getting to competitions," he said.

Eating right has always been a big focus, as the two still cook together. 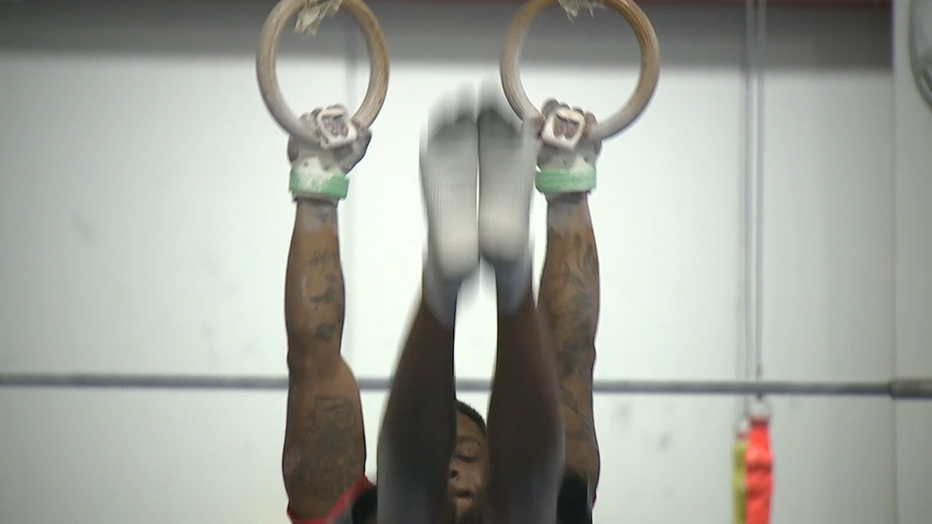 His favorite drink also came from his mom’s experience and possibly his Wisconsin roots.

"I remember her saying when I was younger, ‘Drink milk; it makes your bones strong,' so I never wanted to break any bones, so obviously, I’m going to listen to that advice," said Kimble.

That advice has been very beneficial. He now has a partnership with the Dairy Farmers of Wisconsin.

"We’re coming up with an innovative drink called GoodSport," said Kimble. "It’s dairy-based and it’s electrolytes. It's good for before a workout, after a workout, during a workout. Whenever you need a little hydration boost, grab a GoodSport."

If he makes the Olympic team, he’ll have Milwaukee, Andrei and, of course, his mom with him.

"I owe her the world and I plan on giving it to her," he said.

Kimble graduated from Hamilton High School in 2014. The U.S. National Gymnastics Championships will be held in Fort Worth, Texas June 3 thru June 6 and the Olympic trials will be in St. Louis from June 24 thru June 27.

Tyrone Taylor hit a two-out, tiebreaking single in the 10th inning, and seven Milwaukee Brewers pitchers combined on a six-hitter to beat the Miami Marlins 2-1 Sunday.