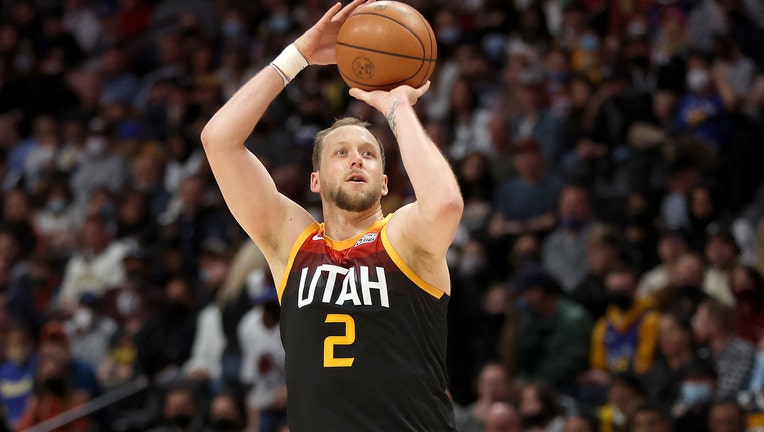 Joe Ingles of the Utah Jazz puts up a shot against the Denver Nuggets in the fourth quarter at Ball Arena on January 16, 2022 in Denver, Colorado. (Photo by Matthew Stockman/Getty Images)

The announcement was part of a wave of signings Wednesdays; the team also confirmed it has re-signed forward Bobby Portis and guards Wesley Matthews and Jevon Carter.

"Joe is a proven shot maker who will add great depth to our roster," said Bucks General Manager Jon Horst. "He is a terrific person and teammate who will fit in well with our team and community. We’re thrilled to welcome Joe and his family to Milwaukee."

Ingles has spent all eight seasons of his NBA career with the Utah Jazz where he appeared in 590 games (313 starts) and is the franchise’s all-time leader in three-pointers made with 1,071.

The 34-year-old Australian played in 45 games (15 starts) with the Jazz last season and averaged 7.2 points, 3.5 assists and 2.9 rebounds per game before suffering a season-ending knee injury in January.