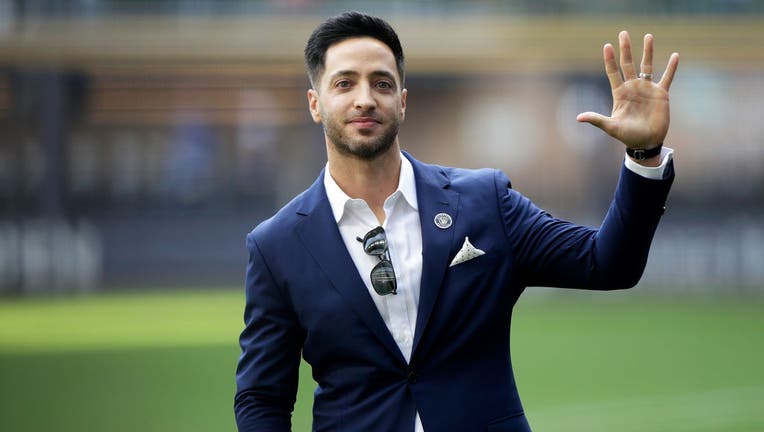 For Braun, retirement is bittersweet.  He's saying goodbye to a team and a city he loves.

A standing ovation greeted Braun as he walked across American Family field for a final goodbye.

"It starts with overwhelming gratitude and joy, but there’s also a real sadness that it's over, that this has actually come to an end," said Braun. 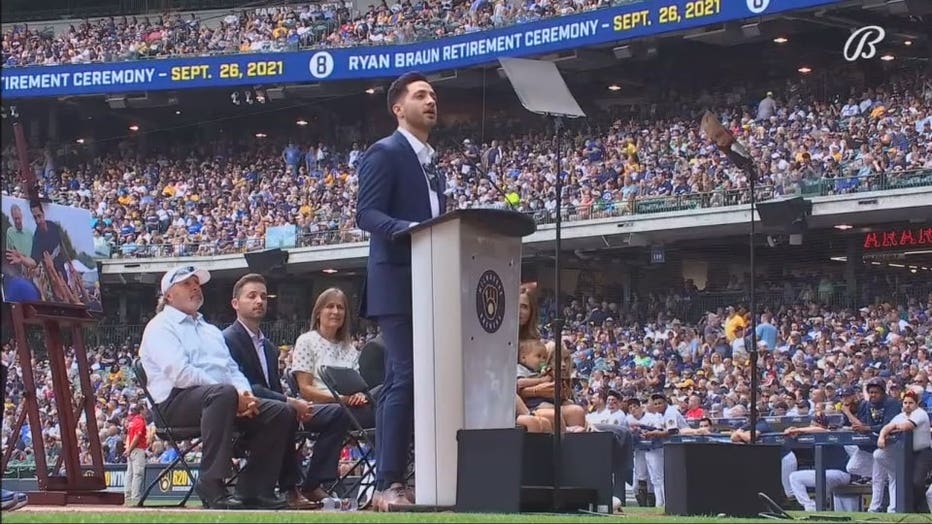 "I will forever appreciate what I think are the greatest fans in the game," said Braun.

Braun leaves the team where he spent his entire Major League career remembering the highs and lows of the last 14 years, bouncing back after injuries and an admission to using performance-enhancing drugs.

The Milwaukee Brewers and Ryan Braun hold a press conference ahead of his retirement ceremony Sunday afternoon at American Family Field.

"If I had the opportunity to go back and do some things differently, I absolutely would, but I, I don’t have that chance," said Braun.

Fans were happy to pay tribute. 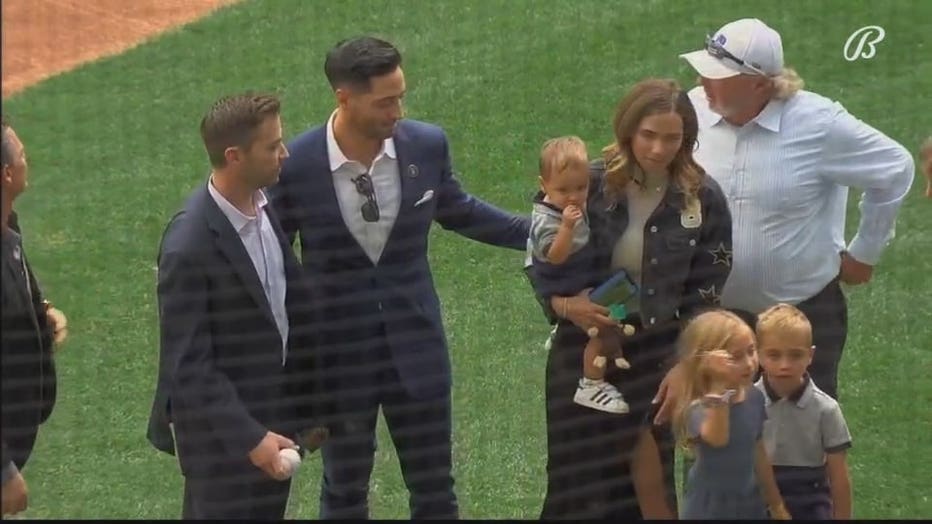 "I think he was a great Brewers player and career, solid, and he was clutch," said Matthew Smith.

"It was really neat to watch him grow and build the team up around him," said Jake Reimer.

Braun threw out the first pitch for a team he helped build as they made their way to the postseason.

"More than anything, just grateful to have the opportunity to try to just say thank you," said Braun.

Braun said he'll be working with an asset management firm, helping with athlete financial literacy. He hopes to continue a relationship with this team.

Aaron Rodgers preferred to land with 49ers amid whirlwind of offseason drama: report

Aaron Rodgers will lead the Green Bay Packers on the road against the San Francisco 49ers on Sunday night, but if he had it his way, the reigning NFL MVP would be wearing scarlet and gold.