Tens of thousands of fans have packed the Deer District for NBA Finals games. What they likely aren't anticipating is the need for help in the event of an emergency.

MILWAUKEE - Tens of thousands of fans have packed the Deer District for NBA Finals games. What they likely aren't anticipating is the need for help in the event of an emergency.

Like at any large festival, there are police officers, security guards and paramedics stationed in the plaza during home and road games – ready to save lives.

"There’s a buzz around the area, and it’s definitely exciting to be in the middle of that," said Darin Peterburs, Milwaukee Fire Department battalion chief.

When a sea of people pack the plaza to root the Milwaukee Bucks to their second NBA championship during watch parties, medical professionals are standing by to step in.

"It’s critical to the people that are coming down here," said Peterburs. "That’s anything from routine medical care, BAND-AIDs or treating somebody for a potential heart attack."

Peterburs said a team of paramedics stationed in the Deer District is ready to help at any moment.

"We do have a big team here," said Peterburs. "Not just MFD. Police, the security, OEM (Office of Emergency Management). You know, we are looking for anything, anybody that is in need of help." 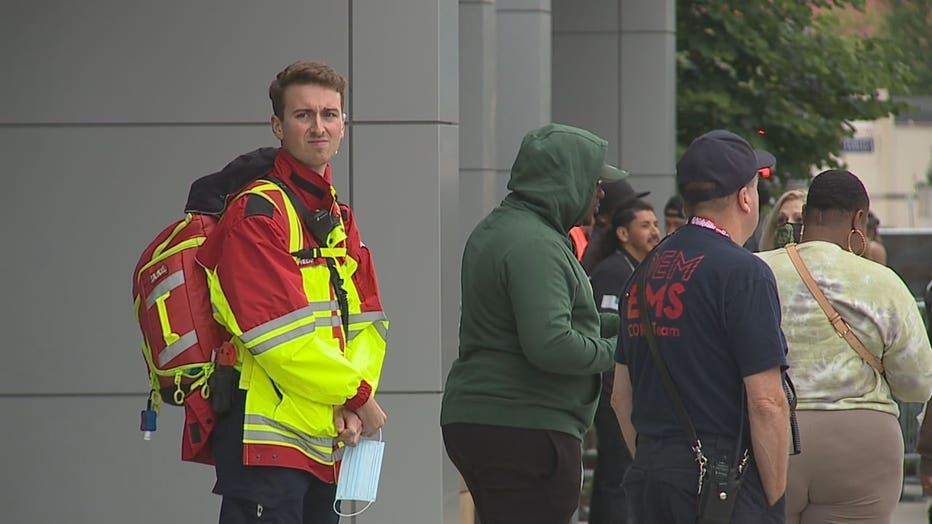 They are equipped to offer basic and advanced life support.

"Typically, we’re getting, in a four-hour window here, we’re getting maybe 15 calls for service each night," said Peterburs. "Out of those 15, maybe five people being transported out of here."

You name it, they've seen it – including heat exhaustion, sprained ankles, emergencies due to underlying medical conditions and more.

"When we know that we have an area that is going to be concentrated with a lot of people, we want to throw more resources at it," said Peterburs. "That’s what we do down here. You’re as well, if not better protected here as you would be anywhere else in the city." 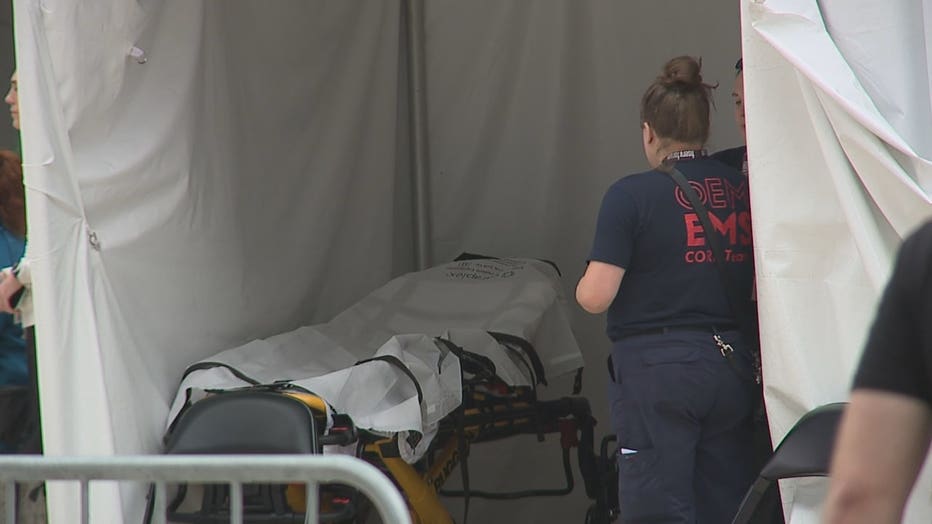 If you venture to the Deer District during the NBA Finals and find yourself in need of help, Peterburs urges you to look for someone in a fire, police or security uniform or head to one of two medical tents. Those have signage and are easy to spot.

A lot has changed since the Milwaukee Bucks won their first and only NBA Finals in 1971, but fans around to see it are just as happy to witness another chance at history.