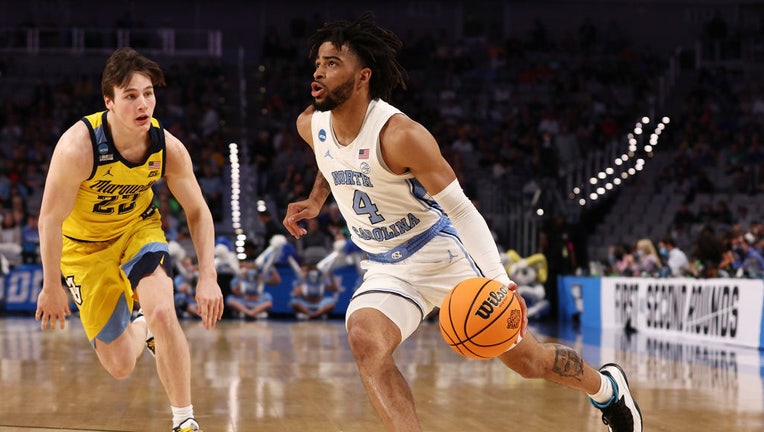 FORT WORTH, TEXAS - MARCH 17: R.J. Davis #4 of the North Carolina Tar Heels dribbles the ball as Tyler Kolek #22 of the Marquette Golden Eagles runs to defend in the first half of the game during the first round of the 2022 NCAA Men's Basketball Tour

Caleb Love made six 3-pointers, all in the first 19 minutes, to tie Carolina's single-game tournament record as the Tar Heels (25-9) built a 28-point lead.

Brady Manek, who also had 11 rebounds, finished with five 3s as he and Love combined to go 11 of 24 from long range. Armando Bacot grabbed 10 rebounds on his way to the school season record (422).

RJ Davis had a career-high 12 assists for eighth-seeded Carolina, which will play defending champion Baylor less than 100 miles from the Bears' Waco campus Saturday.

The win was in stark contrast to last year, when the Tar Heels sent Roy Williams into retirement with his only opening-round loss in 30 NCAA appearances.

Shaka Smart's return to Texas was a dud a year after he took the Marquette job amid questions about his future as coach of the Texas Longhorns following a shocking first-round loss to Abilene Christian.

Smart, who lost all three of his first-round games in six seasons with the Longhorns, had one of three Marquette technical fouls in a span of 90 seconds late in the first half when he complained about a no-call. Kur Kuath got one for hanging on the rim after a dunk. Darryl Morsell was penalized on review after a scramble for a loose ball. 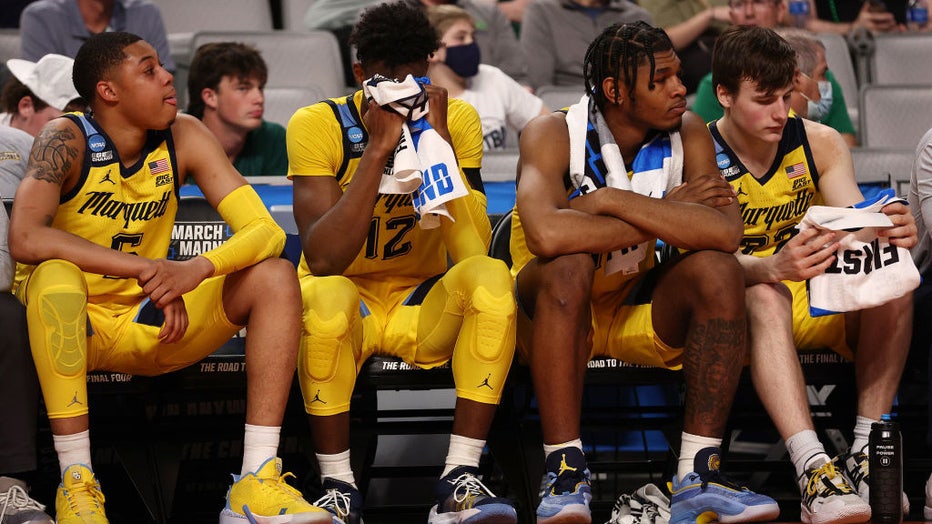 FORT WORTH, TEXAS - MARCH 17: Greg Elliott #5, Olivier-Maxence Prosper #12, Justin Lewis #10 and Tyler Kolek #22 of the Marquette Golden Eagles react on the bench during the game against the North Carolina Tar Heels during the first round of the 2022

Just before the tech spree, Morsell ended up nose-to-nose with Love after trying to take the ball out of his hands when Love was called for stepping on the midcourt line while trying to dribble around the stocky Marquette guard.

The Tar Heels were already up 18 when players from both teams had to be separated. It quickly got worse from there.

Brewers spring training: Corbin Burnes back at it

Spring training is underway for the Milwaukee Brewers. Reigning National League Cy Young award winner Corbin Burnes is back at it, working at another strong season on the mound.