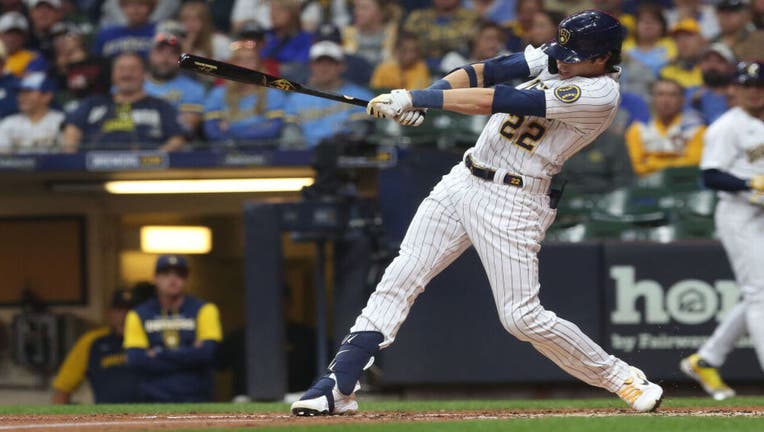 MILWAUKEE - Devin Williams blew a ninth-inning lead and the Milwaukee Brewers squandered a great opportunity to pull even in the race for the final National League playoff spot, losing to the Miami Marlins 4-3 on Saturday night.

Bryan De La Cruz hit a two-run single off Williams that put Miami ahead in the ninth. Milwaukee fell a game behind the Phillies, who split a doubleheader with Washington, for the third NL wild-card berth.

Philadelphia holds the head-to-head tiebreaker between the teams.

Williams (6-4) walked two in the ninth and both runners advanced on a wild pitch before De La Cruz lined a single to left field that scored Jon Berti and Brian Anderson. Left fielder Christian Yelich misplayed the ball, allowing De La Cruz to reach second. Peter Strzelecki relieved Williams and got the final two outs of the inning.

Richard Bleier pitched a scoreless ninth for his first save of the season. Tommy Nance (2-3) picked up the win with a scoreless eighth.

The Brewers pushed across two runs in the sixth.

Huascar Brazoban relieved Jeff Fishman with two on and one out. Andrew McCutchen walked to load the bases. Brazoban hit Luis Urías with a pitch to force in a run and then Victor Caratini’s run-scoring groundout gave the Brewers the lead.

Peyton Burdick drove a 2-0 sinker from Milwaukee starter Alan Ashby off the bottom of the scoreboard in center, a two-run shot in the top of the third inning. Jordan Groshans was aboard with a check-swing roller to third.

Marlins starter Edward Cabrera completed his warmup pitches before the Brewers batted in the fourth, but then couldn’t continue.

Andrew Nardi replaced him and promptly served up Yelich’s first home run since Sept. 6 at Colorado.

Cabrera retired the nine batters he faced, five of them on strikeouts. The 23-year-old left-hander was looking to bounce back from his last start against Washington on Sept. 25 when he left after 3 2/3 innings with a right ankle strain. No immediate update on Cabrera was provided.

Ashby made his 26th appearance and 19th start in a season marred by two stints on the injured list. The left-hander was out with left forearm inflammation from June 17 to July 1 and left shoulder inflammation from Aug. 20 to Sept. 19.

Trevor Gott relieved Ashby with one out and one on in the fifth. Gott retired the next two batters and then three in the sixth.