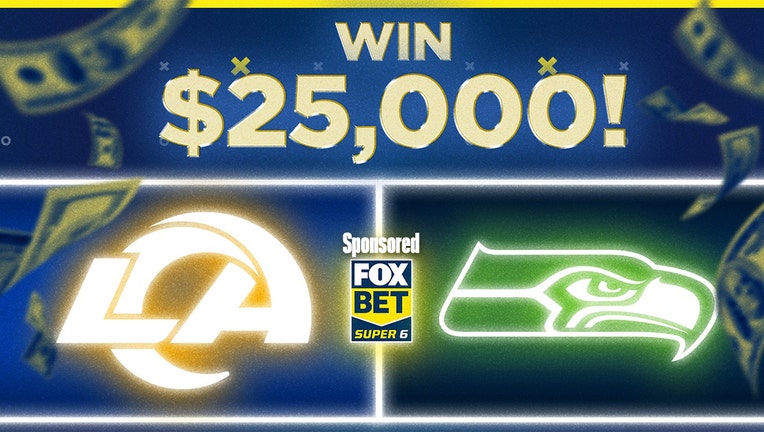 In most NFL divisions, you can glance at the standings and figure out which teams have no chance at the playoffs.

That’s not the case in the NFC West.

Throw the Cardinals, Rams, 49ers and Seahawks into a hat right now and you can get a team that could represent the NFC in Super Bowl LVI at SoFi Stadium in February. That adds a little sense of urgency to the proceedings as well, because it is likely that one of those teams is going to spend the playoffs at home.

The Rams are trying to bounce back from last week’s loss to the Cardinals, their first defeat of the season. They have to hop on a plane on a short week and head to the loudest stadium in the league to face Russell Wilson. That’s not exactly a comforting situation.

Meanwhile, the Seahawks beat the 49ers on the road to avoid the first three-game losing streak of the Wilson era.

At 2-2, Seattle has a chance to move into contender status as Thursday Night Football comes back to FOX Sports (8:20 p.m. ET) from the Northwest. And you could win $25,000 with the Thursday Night Football challenge on FOX Bet Super 6. Select the correct answer to all six questions on the free Fox Bet Super 6 app, and you could win the grand prize jackpot. It’s quick, fun and free to play.

Here are the questions for Thursday night.

Who will score the first touchdown?

At this point, going against Kupp seems like a fairly foolish proposition. He leads the NFL with five receiving touchdowns. If you decide to go in another direction, keep an eye on Tyler Lockett – who has the same amount of receiving scores at Metcalf for Seattle. In other words, Other may not be a bad option.

Which team will have the most rushing yards and how many will they have?

Carson’s status is a big wild-card, as the Seahawks' running back was questionable on Wednesday’s walkthrough injury report with a neck injury. The Rams have been shuffling running backs all season due to injuries. Both are in the bottom half of the league in rushing yards.

Which team will have the most passing yards and how many will they have?

Stafford was the perfect fit for the Rams' offense and style, turning the skills that had gone to waste for years in Detroit. On the other hand, Wilson’s offense is geared so much around him and there are a ton of different weapons at his disposal that he could have a monster number. Both could be at the extreme end of the range.

Which team will have the longest competition and how many yards will it be?

The options: Rams, Seahawks, Tie with ranges from 0-61+

These two quarterbacks are at the top of the range for long completions this season. Stafford has six passes of over 40 yards – most in the NFL. Wilson has four passes of over 40 – tied for second. In other words, both will air it out. It depends, however, on play calling. And in that case, expect Sean McVay to take more risks.

Which team will have the most total offensive yards and how many will they have?

The Rams are averaging almost 400 yards of total offense per game. The Seahawks are a little step behind and if Carson doesn’t play, that could delete the run from anybody other than Wilson.

Who will win and by how many points?

The options: Rams, Seahawks, Tie with ranges from 0-17+

On paper, the Rams are the better team. They have the better defense with Aaron Donald causing havoc. They now can match the Seahawks offensively with Stafford at quarterback. But there are so many other variables at play – including the short week and travel for the Rams. This is more of a statement of faith in Wilson than any logical football fact.

Play FOX Bet Super 6 for your chance to win big absolutely for free each and every week! Just download the app to your phone or mobile device and make your picks today!