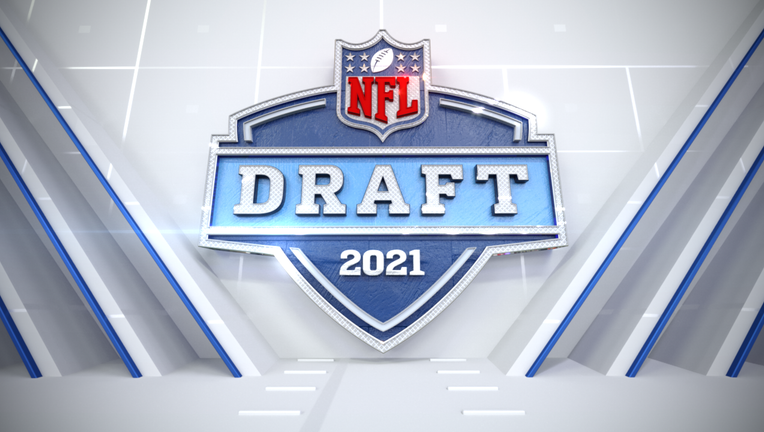 MILWAUKEE - A trio of players from Southeast Wisconsin got a special call during this year’s NFL Draft.

Kenosha native and Indian Trail grad Daviyon Nixon, a defensive tackle for Iowa, was taken by the Carolina Panthers in the fifth round.

Wisconsin Lutheran’s Chris Garrett, an edge rusher out of Concordia-St. Paul was taken in the seventh round by the Los Angeles Rams.

And then, there was Hartford native and UW-Whitewater’s Quinn Meinerz.

"I was just sitting on my couch like sweating for hours, just because I was waiting and all of a sudden, my phone started ringing," said Quinn Meinerz, a Hartford native. "It said Denver, Colorado and I was like uh oh, I mean they're up soon."

It turns out, that call was the call, as the Denver Broncos selected the offensive lineman in the third round at No. 98 overall.

Meinerz is now the first player drafted out of UW-Whitewater since 2007.

"I don't think it'll be real until I get to the facilities and see my name on my locker and stuff like that," said Meinerz. "I still can't fully understand, I guess the magnitude of what's happening."

FOX6’s Lily Zhao: "I know you mentioned wanting to make history. What does it mean for you to be the highest drafted player coming out of UW-Whitewater ever?"

"I really have no words," said Meinerz. "It's just one of those things that hard world really pays off. To be able to come, to go to the top and take that, and set another standard (is great). We're always talking about it at Whitewater, you know, keep increasing the bar, keep increasing the standards. You know, I hope someone beats me."

Meinerz heads to Denver with a chance to work at all three interior spots on the offensive line. So far, he’s received a warm welcome.

"I'm really excited to be in that room and right away when I got drafted, (Dalton) Risner and (Garrett) Bolles both texted me, on top of Drew Lock texted me, Bradley Chubb and (Justin) Simmons," said Meinerz. "(They were) saying like congratulations and like they're excited to have me there."

The Broncos will get a chance to see "The Gut" as Meinerz is known by in person very soon, and the rookie has plans to impress everyone in the Mile High City.

"I was able to show a lot of things that teams like at the Senior Bowl and I think that you know makes teams excited because for one, I'm a self-taught center and I'm a small school guy who hasn't played in forever and they're like wow this kid did that?" said Meinerz. "Imagine if we get him in our building and coach him for a year and get him in our system. Hey, this kid is pretty athletic, you know, he loves the game which is really important. He's got good character and why not bring him in?"

Hopefully, that hard work pays off with a spot on the final 53-man roster.

Meinerz leaves for Denver on May 12 to begin rookie minicamp with the Broncos.