TEMPE, Ariz. - NFL superstar and Wisconsin native J.J. Watt has agreed to a two-year contract with the Arizona Cardinals.

The team announced the deal with the free-agent edge rusher on Monday. Watt was released last month by the Houston Texans, for whom he won three NFL Defensive Player of the Year awards.

A person familiar with the contract told The Associated Press that the total package is worth $31 million. The person spoke on condition of anonymity because the team did not reveal any terms.

A five-time All-Pro, Watt — who turns 32 in three weeks — has been one of the NFL's best players for a decade, but asked out in Houston, which is undergoing a roster upheaval. Watt joins another former Texans star, wide receiver DeAndre Hopkins, in Arizona. Hopkins was acquired by the Cardinals in a one-sided trade a year ago.

Watt had one year remaining on a six-year, $100 million contract with the Texans. 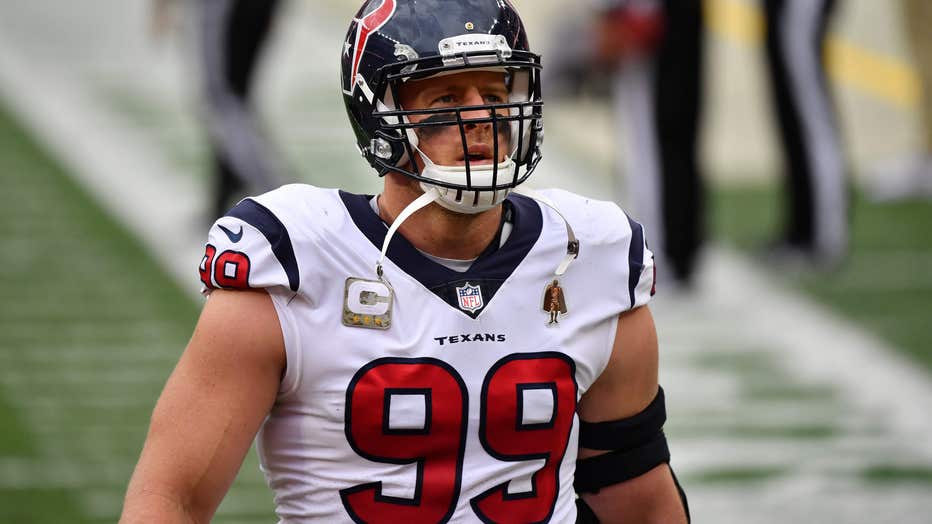 CLEVELAND, OH - NOVEMBER 15: J.J. Watt #99 of the Houston Texans warms up before a game against the Cleveland Browns at FirstEnergy Stadium on November 15, 2020 in Cleveland, Ohio. (Photo by Jamie Sabau/Getty Images)

Though he has been plagued by injuries in recent years, Watt started all 128 games in which he appeared in the past 10 years after entering the league as Houston’s first-round selection, 11th overall, in the 2011 draft out of Wisconsin. In 2017, he was selected as the Walter Payton NFL Man of the Year for his work in helping Houston recover from Hurricane Harvey. Watt, who long has been lauded for his humanitarian efforts, helped raise more than $40 million in hurricane relief in 2017.

He was the league's top defensive player in 2012, 2014 and 2015. Then injuries began to slow him. He appeared in only three games in 2016 and five the next season, sidelined by back problems and then a broken leg. In 2019, Watt missed half of the schedule with a torn pectoral muscle.

He returned to play the entire 2020 season and was effective, though not dominant. 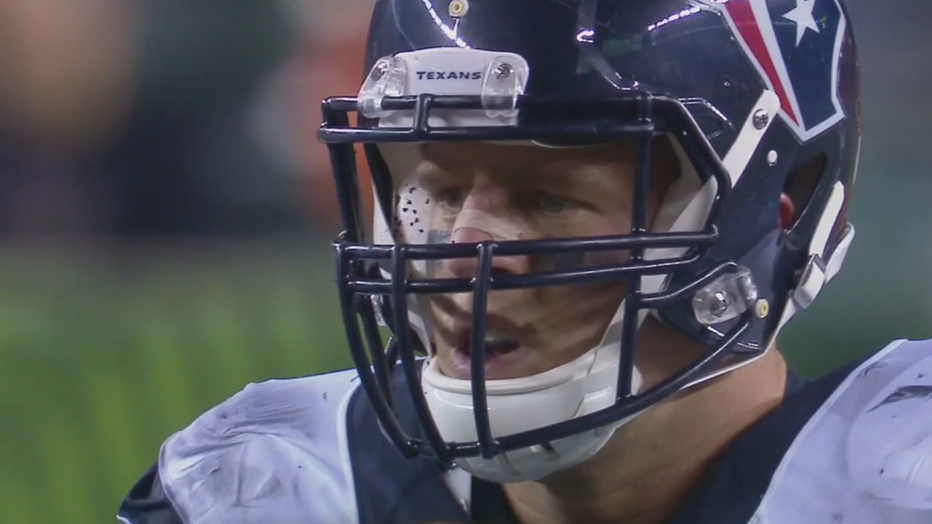 So the Cardinals likely are not getting a vintage Watt, the only player in NFL history with 20 or more sacks and 10 or more passes defended in a single season, doing it in both 2012 and 2014. He’s tied for fifth among defensive lineman in league history with six touchdowns in the regular season, including three TD catches. He has 101 career sacks, and over the past decade leads the league in tackles for losses (172), quarterback hits (281), multi-sack games (26) and sack yards (713 1-2).

VISIT Milwaukee launched on Monday, March 1 a solution to help people escape their homes amid the pandemic -- Milwaukee Hotel Month.

Those with chronic conditions wait for vaccine in Wisconsin

The state has departed from Centers for Disease Control and Prevention guidance by not prioritizing individuals with chronic health conditions as it rolls out coronavirus vaccines in Wisconsin.