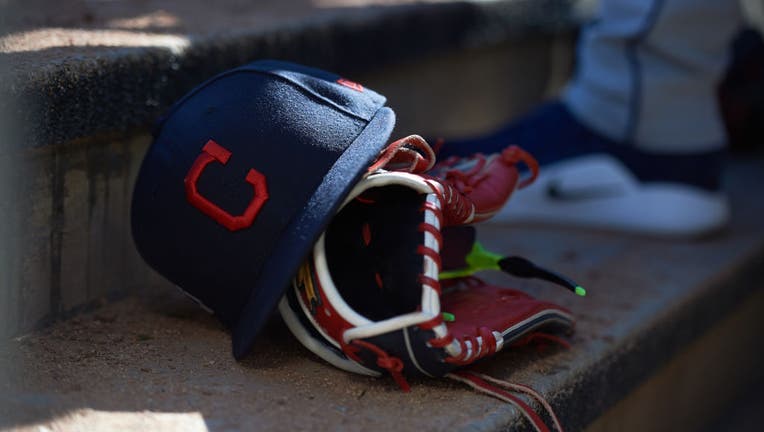 CLEVELAND - The Cleveland Indians announced a new nickname they will go by starting at the end of the 2021 season.

The organization chose to move away from its longtime Native American moniker and decided on the Cleveland Guardians as a replacement. The team had been known as the Indians for more than 100 years.

While the name change was cheered and touted across baseball, there were some outliers who opposed the nickname even locally.

Portage County, Ohio, Sheriff Bruce Zuchowski blasted the name change in a lengthy statement on Sunday posted to Facebook. He said his wife, who is of Cherokee and Blackfoot American Indian descent, and her relatives never viewed the Indians' name as problematic. Zuchowski said he felt "compelled" to make a statement even though he hasn’t watched professional sports in three years.

"For the past few days, the release has been weighing heavy on my mind with disappointment and hopelessness. I thought back to the roots of baseball - an American family tradition. Sometimes referred to as America's National Pastime, the game of baseball has played an active role in our nation for centuries. When I was a child, I remember observing my grandfathers watching the Indians game on TV or listening on their AM radios. They both loved the Indians back in the day," he said.

"Today, I know they are both turning over in their grave with anguish and disgust toward the recent actions. My wife is a descendent from the Cherokee and Blackfoot American Indian tribe. Both she and her relatives never viewed the Cleveland Indians as a biased or prejudiced team but rather their hometown baseball franchise. This is once again another attempt of trying to erase our history due to the outcry of the few that affects the many.

"I have boycotted professional sports for the past three years and if you were to ask me who the starting lineup was for the Indians, I couldn't tell you. Some may question if I don't care to watch or follow their progress, why should I care about their name change? The fact is that the general standpoint is not about this particular position taken by the team but rather the principle of the decision-making process.

"These unfortunate decisions are being made while continuously impacting individuals and industries across the nation. Both lawmakers and decision-makers need to begin to think about the majority of their constituents before caving to the impulsive demands being made by a small group of the public."

Cleveland has been known as the Indians since 1915.

Team owner Paul Dolan said in December the decision came from an "awakening or epiphany" in the wake of George Floyd’s death.

Dolan wrote in a letter to fans the "Indians will always be part of our history just as Cleveland has always been the most important part of our identity."

"In searching for a new brand, we sought a name that strongly reflects the pride, resiliency and loyalty of Clevelanders. Guardians embodies those defining attributes while drawing upon the iconic Guardians of Traffic proudly standing just outside Progressive Field on the Hope Memorial Bridge," Dolan wrote. "It brings to life the pride of Clevelanders take in our city and the way we stand for each other while defending our Cleveland process."

He wrote that throughout the interview process three key elements came to light in the search for a new name: connection to Cleveland, uniting the community and the rich baseball history.