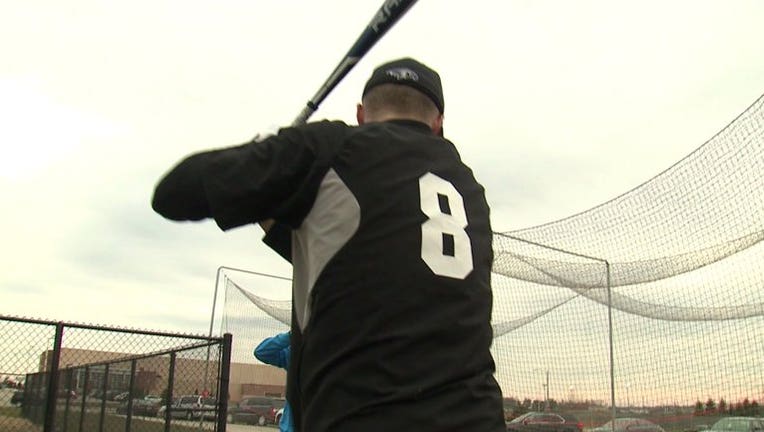 It was a homecoming for Gavin Lux, the Kenosha Indian Trail grad and Los Angeles Dodgers starting second baseman, who set foot inside American Family Field for the first time as a big-leaguer this weekend as part of the ballclub’s 4-game set with the Brewers.

"I feel like (American Famiy Field) always has good vibes, good energy, and the fans are great," said Lux. "It’s pretty cool coming back here and playing, but I know the ball flies here, so I’m happier being a position player instead of a pitcher coming here, but overall, I really like the field a lot."

Growing up, Lux has seen countless Brewers games. Now, in a full-circle moment in Milwaukee, he was now the one on the field.

To celebrate, Lux got 22 tickets for his friends and family to start the series.

"A lot of my really good friends will be here, and they haven’t seen me play since I was called up, so I know they’re probably even more excited than I am," said Lux. "Obviously, my family, it’s always great to see them. And I know they love seeing me play, because they don’t get an opportunity to do that too much anymore so it’s definitely good."

A first round pick out of Kenosha Indian Trail in the 2016 MLB Draft, Lux made his debut for the Dodgers in September 2019, spending time with the team last year, which earned him a World Series ring.

However, this year has required some patience. Lux is coming off a 9-game absence because of a right wrist contusion.

"It was definitely bugging me for a couple days there early on when I got put on the IL, but now it’s all good," said Lux. "There’s not any issues."

Lux finished the final three games of the Brewers series and the goal moving forward is to continue to push forward at the plate.

"Obviously, it’s a long year so your mechanics and all that aren’t always going to feel great," said Lux. "It’s just trying to compete and still managing your at bats and still trying to move the ball forward, helping move runners and that kind of stuff. Confidence wise isn’t wavering at all, just got to keep getting at bats. It’s a long year."