GREEN BAY, Wis. - The Green Bay Packers took down an NFC contender in the Tampa Bay Buccaneers, winning 14-12 on the road. FOX6's Lily Zhao went one-on-one with Packers running back AJ Dillon to get his thoughts on the final play of the game. Plus, Dillon offered a fun look-ahead to Week 4 against the Patriots.

FOX6's Lily Zhao: "AJ, what was that locker room like after the win? That game came down to the wire in a hot, muggy, raucous road environment."

"It was awesome," said Dillon. "Any time you can come back on those away trips with a win, those plane rides are a lot more fun. That locker room was great. Last time we went down there, we didn't get the result that we wanted, so to go back and get a win this time was great." 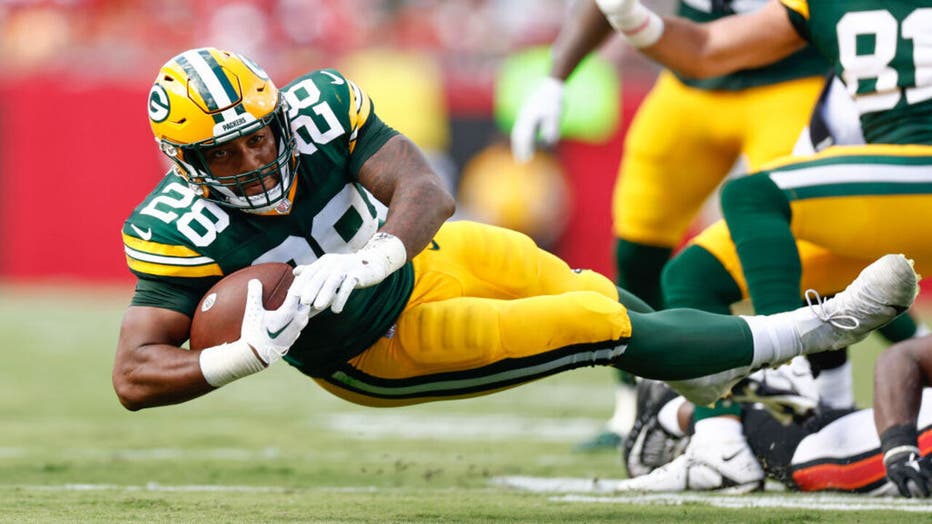 FOX6's Lily Zhao: "You went to school at Boston College. You talked about how neat it would be to play on the same field as Tom Brady. What was that experience like?"

"It was awesome," said Dillon. "My friends from school messaged me that morning saying, 'It's crazy to think that you're out there, and you and Tom Brady are going to be out there on the same field.' I feel like it's one of those things that I won't really appreciate right now, much like I will later on – being on the same field as Rodgers and Brady at the same time, but you know, it's always cool when you go against a guy like that. One of the best to do it, and it's definitely a cool one."

FOX6's Lily Zhao: "What was it like watching that final play on the two-point conversion when you're trying to see if your defense can get the stop?"

"It was one of those where I was like looking and looking away," said Dillon. "Covering my eyes. I was obviously so fired up. We're all rooting for the defense, and to see them step up right there like they've been doing all game was awesome." 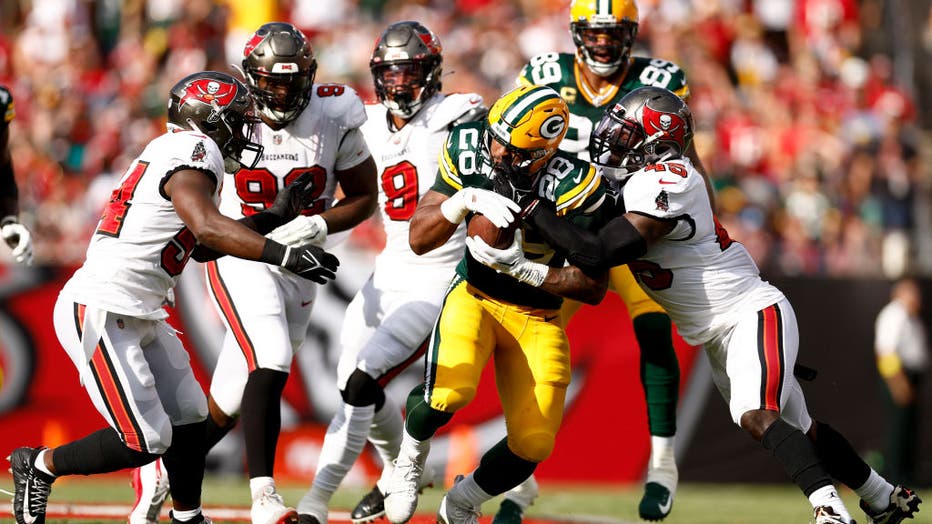 FOX6's Lily Zhao: "Going full circle, the Packers host the Patriots in week 4. Having been in the New England area, what will it be like taking on the Pats?" 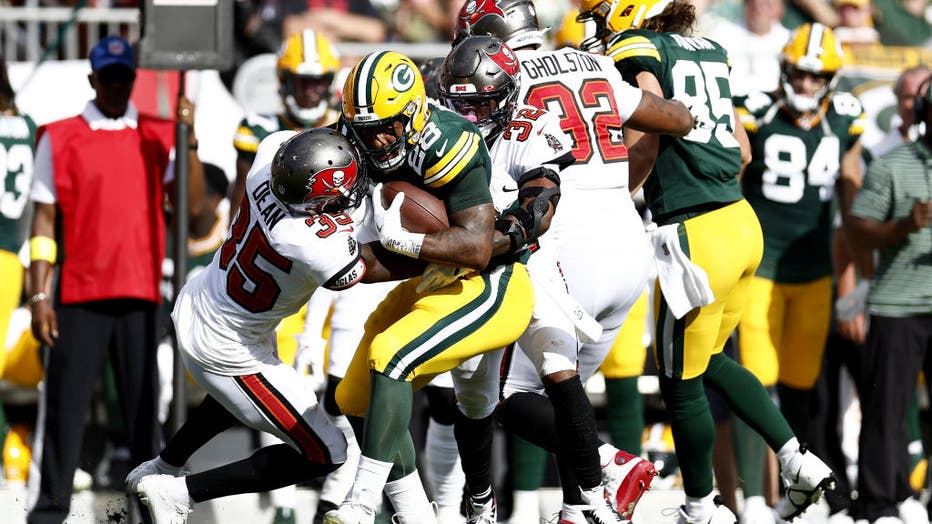 FOX6's Lily Zhao: "Are you going to have a lot of friends and family at the game on Sunday?"

"Yeah. I got more family and friends for this game than I think I've had the whole time I've been with the Packers, so they're flying in, and everybody is going to be there, so it'll be awesome," said Dillon.

The Packers will look to move to 3-1 when they host the Patriots at Lambeau Field. Kickoff is set for 3:25 p.m.