"It's never something you really expect to hear or really want to hear that you have cancer," said Rose.

Last September, the Marquette University senior learned she had Ewing Sarcoma, a form of bone cancer. 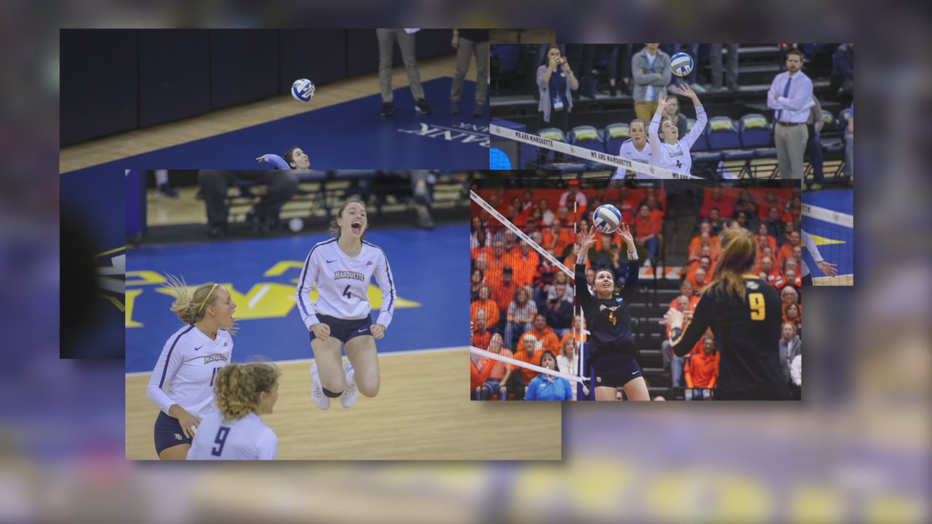 "Initially, I was just really heartbroken," said Rose. "I didn't honestly know what to think at the beginning. A lot of things were racing through my mind about volleyball, school, life, everything."

Set to play volleyball in her final year in college, Rose had to leave it all behind last fall to head back home to Illinois for treatment. That treatment plan is currently nine months long.

"So far, I've completed five months of chemo and I had recently just finished radiation about two weeks ago," said Rose. "So far, it's been pretty good, but obviously, I have good days and bad days." 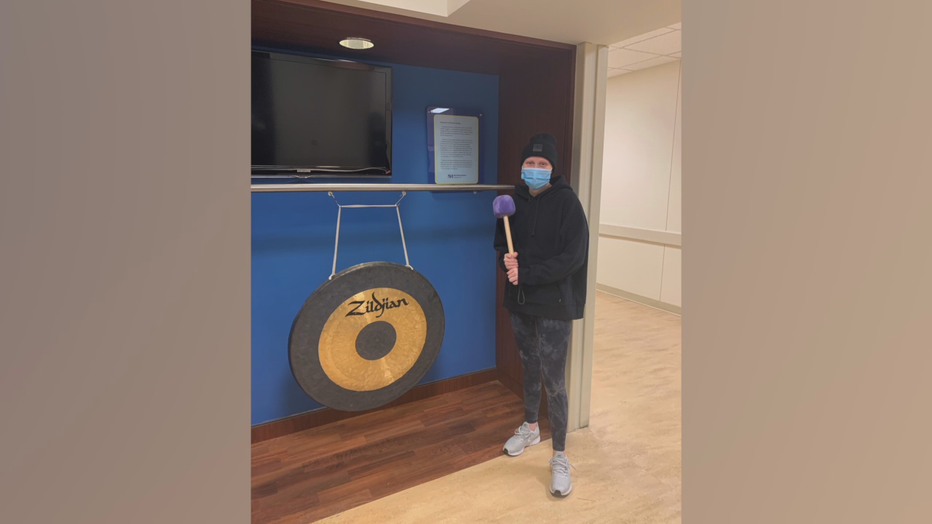 When one Golden Eagles player hurts, they all do.

"I think she got cheated out of a senior year, so we wanted to do whatever we could to make her feel special," said Ryan Theis, Marquette University women's volleyball coach. 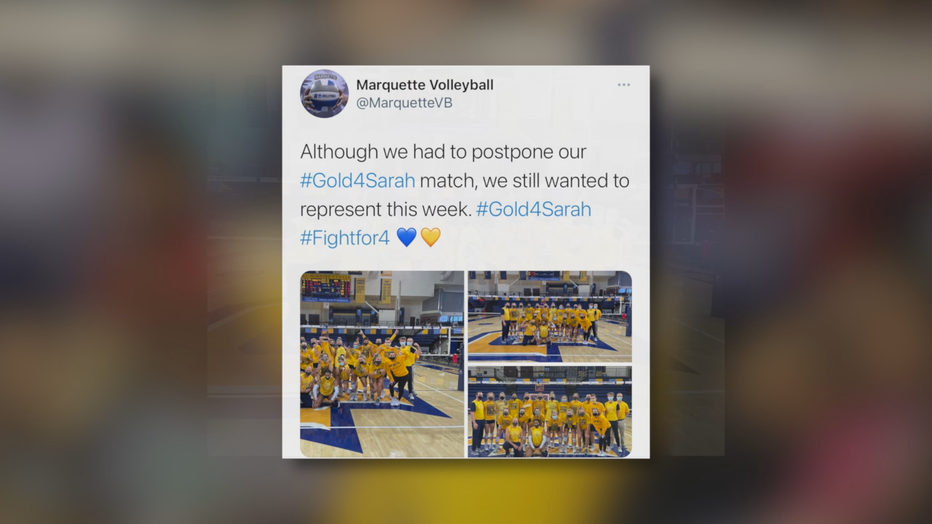 So, Marquette Athletics went gold. They used the hashtag #Gold4Sarah to show their support for Rose and to raise awareness for families affected by pediatric cancer.  Players wore gold jerseys and shoelaces, while others had bracelets and shoes with "Fight for 4" written on them to pay tribute to Rose's roster number.

The men's basketball team joined in, as well.

"I'm so honored and really appreciative that not only my team, but the rest of the university, all of the athletic department, and the other teams are honoring me," said Rose.

Originally, Marquette was going to honor Rose in mid-February against Creighton, but COVID-19 issues postponed that. Instead, before their match against St. Louis Thursday, Feb. 25, Rose was honored with the other seniors on the team. 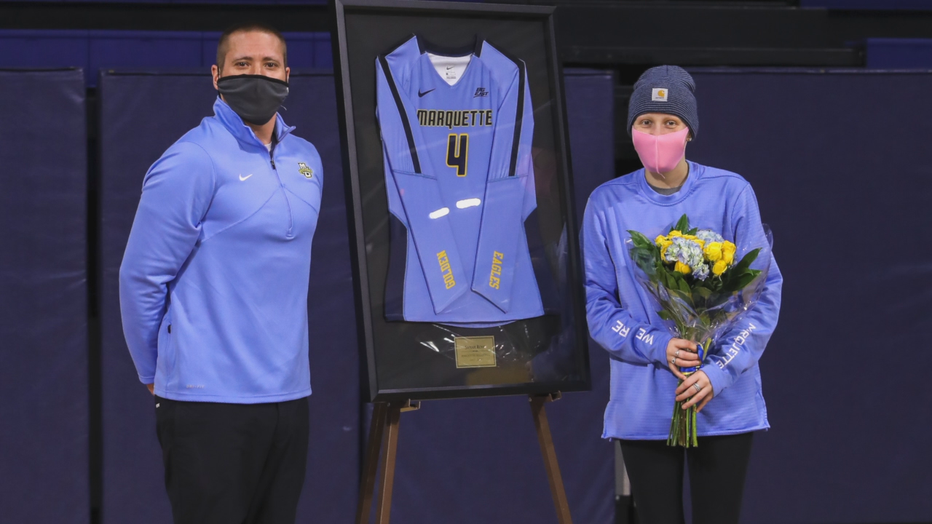 "It's super meaningful and we get to look back on our four years and our past four seasons together as a team," said Rose.

Even better? Rose was back in the starting lineup, suiting up for the Golden Eagles against Iowa State two days later. She even recorded an ace on the first serve of the match.

"I've had their support since day one," said Rose. "I'm just so grateful that they're doing this for me and just continuing their love and support during this time." 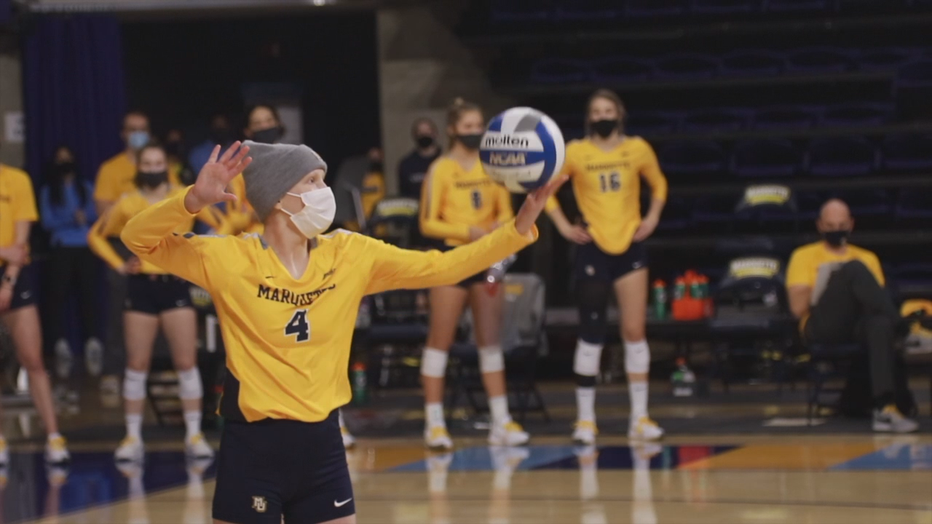 "We certainly miss her and wish she was around," said Theis.

As Rose's treatments continue, her prognosis is good and so is her progress, but the fight never stops.

"If people later in life have cancer [and they] see my story, they'll be inspired to fight just like I did," said Rose. "If you get inspired by it, people who have done it before [can see that] and I hope that I can be that for somebody in the future."