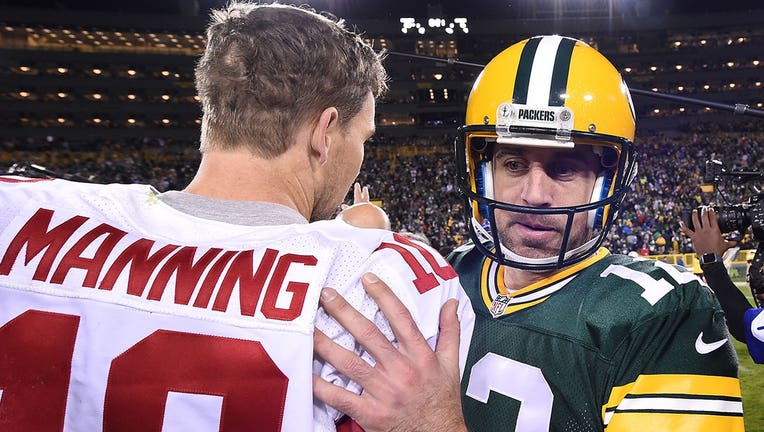 A former New York Giants kicker made a bold statement about Aaron Rodgers following the Green Bay Packers’ loss to the San Francisco 49ers in the divisional round.

Lawrence Tynes, who added to Packers and the 49ers’ miseries during his career as Giants kicker, tweeted Monday that Rodgers’ Hall of Fame resume isn’t exactly standing up strong.

"Eli Manning is a more qualified Hall of Famer than Aaron Rodgers," he wrote.

"Bring all the smoke you want. I’m taking 10 over 12 anytime a game is on the line or the playoffs."

In both instances, Eli Manning led the Giants to Super Bowl victories.

Rodgers’ numbers alone are no joke.

He’s recorded 55,360 passing yards and 449 passing touchdowns. He appeared in the playoffs 12 times during his illustrious career and only yielded one Super Bowl victory and one Super Bowl appearance. 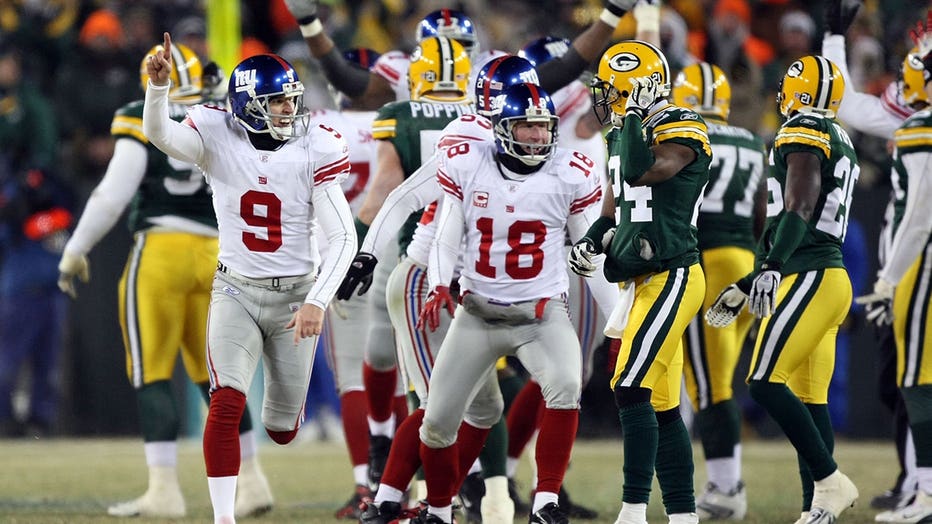 Kicker Lawrence Tynes #9 of the New York Giants celebrates after kicking the game winning 47-yard field goal to win the NFC championship game against the Green Bay Packers on Jan. 20, 2008 at Lambeau Field in Green Bay, Wisconsin. The Giants defeated

In addition to the numbers, he’s won three MVPs to go along with 10 Pro Bowl selections. He led the league in touchdown passes twice and threw more than 40 touchdowns three times.

Compared to Manning, Rodgers has the advantage in mostly every category aside from rings and career passing yards. Manning retired after the 2019 season with 57,023 passing yards. The Giants quarterback never led in touchdown passes and never had more than 40 touchdown passes in a single season. He also led the league in interceptions three times.

But whether you want Manning or Rodgers in a high-pressure playoff situation, with the season on the line, the issue is certainly up for debate.