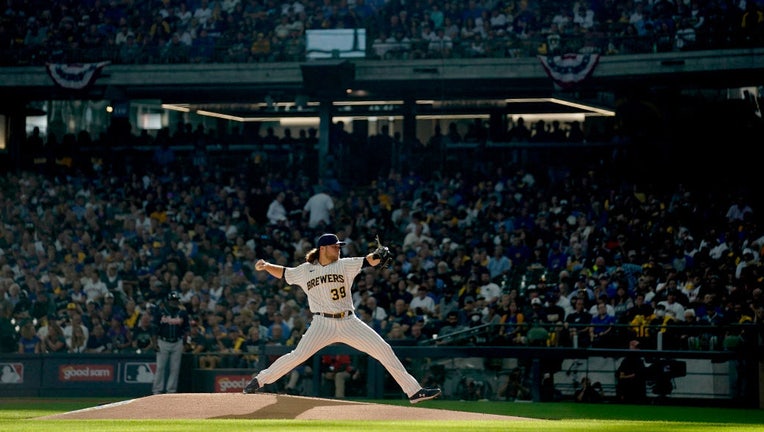 MILWAUKEE, WISCONSIN - OCTOBER 08: Corbin Burnes #39 of the Milwaukee Brewers pitches in the first inning during game 1 of the National League Division Series against the Atlanta Braves at American Family Field on October 08, 2021 in Milwaukee, Wisco

MILWAUKEE - He's part-owner of the Milwaukee Brewers – and now he's also a voice that's being used to hype up fans as the Brew Crew dives into the postseason.

Brewers outfielder Christian Yelich tweeted out a brief video that shows team highlights. It's voiced entirely by Giannis Antetokounmpo – who knows a thing or two about winning a championship. The words of #34 just seem to fit with what lies ahead for the Crew.

As the Brewers battle the Braves, fans are sharing their deep love for the team.