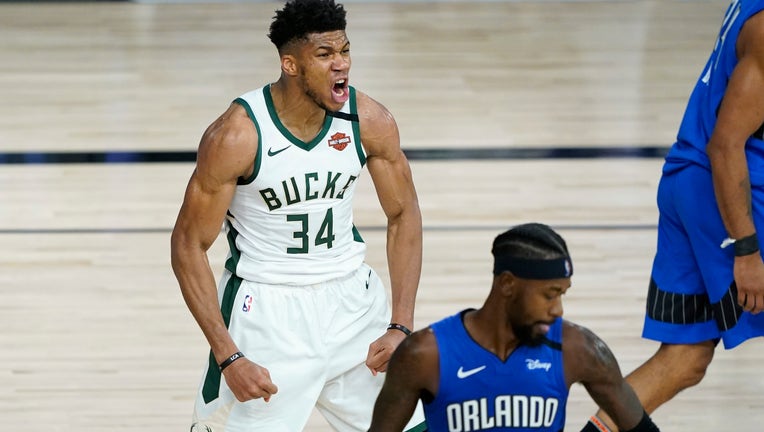 Giannis Antetokounmpo #34 of the Milwaukee Bucks reacts after scoring against the Orlando Magic during the second half of an NBA basketball first round playoff game on Aug. 20, 2020 in Lake Buena Vista, Florida. (Photo by Ashley Landis - Pool/Getty I

“I’m blessed to be a part of the Milwaukee Bucks for the next 5 years,” the two-time reigning MVP posted Tuesday on his social media platforms.

The 26-year-old Antetokounmpo had until Monday to sign the Bucks’ supermax extension offer. If he turned it down, Antetokounmpo could have become a free agent after the upcoming season.

Although Antetokounmpo didn’t announce the terms of his new deal, The Athletic and Stadium reported that he agreed to a five-year contract worth $228 million that includes an opt-out clause in 2025.

Two-time NBA Most Valuable Player Giannis Antetokounmpo is set to stay in the Cream City for the foreseeable future -- signing a multi-year supermax extension with the Bucks on Tuesday.

“This is my home, this is my city,” Antetokounmpo said. “I’m blessed to be able to be a part of the Milwaukee Bucks for the next 5 years. Let’s make these years count. The show goes on, let’s get it.”

His decision means the Bucks will hang on to their biggest superstar since Hall of Famer Kareem Abdul-Jabbar, who led Milwaukee to its lone NBA title in 1971 but demanded a trade and was dealt to the Los Angeles Lakers in 1975.

The Bucks paid a hefty price to revamp their roster this offseason in an attempt to persuade Antetokounmpo to stay in Milwaukee. They dealt away guards Eric Bledsoe and George Hill, first-round draft pick R.J. Hampton and two more first-round selections as part of a package to acquire Jrue Holiday in a four-team trade.

They also overhauled their bench by adding Bobby Portis, D.J. Augustin, Torrey Craig and Bryn Forbes. Antetokounmpo called those offseason moves “amazing” without indicating whether he planned to sign the extension. 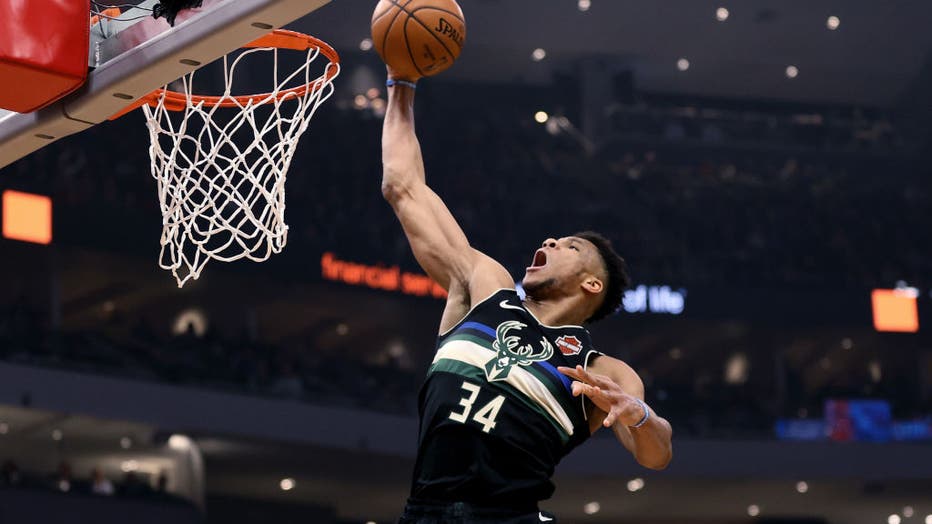 Giannis Antetokounmpo #34 of the Milwaukee Bucks dunks the ball in the first quarter against the Oklahoma City Thunder at the Fiserv Forum on Feb. 28, 2020 in Milwaukee, Wisconsin. (Photo by Dylan Buell/Getty Images)

“At the end of the day, the team is going to take care of what they’re going to do,” Antetokounmpo said last week. “Off the court, they tried to improve this team as much as possible. We’ve had the best regular-season team the last two years and that shows you that the team and the front office cares about improving the team every single year. Me, on the court, I’m going to try to improve individually and help my teammates improve, also.”

Despite that regular-season success, Milwaukee has yet to reach the NBA Finals with Antetokounmpo. The Bucks lost a second-round series in five games to Miami last season after dropping four straight games to blow a 2-0 lead over Toronto in the 2019 Eastern Conference finals.

Antetkounmpo missed most of a Game 4 victory and all of a Game 5 loss in the Miami series with a sprained right ankle.

The Bucks understood the importance of Antetokounmpo’s decision to the future of the franchise. When Antetokounmpo celebrated his birthday on Dec. 6, each of his teammates jokingly gave him a pen as a present in hopes he’d use one to sign his extension. 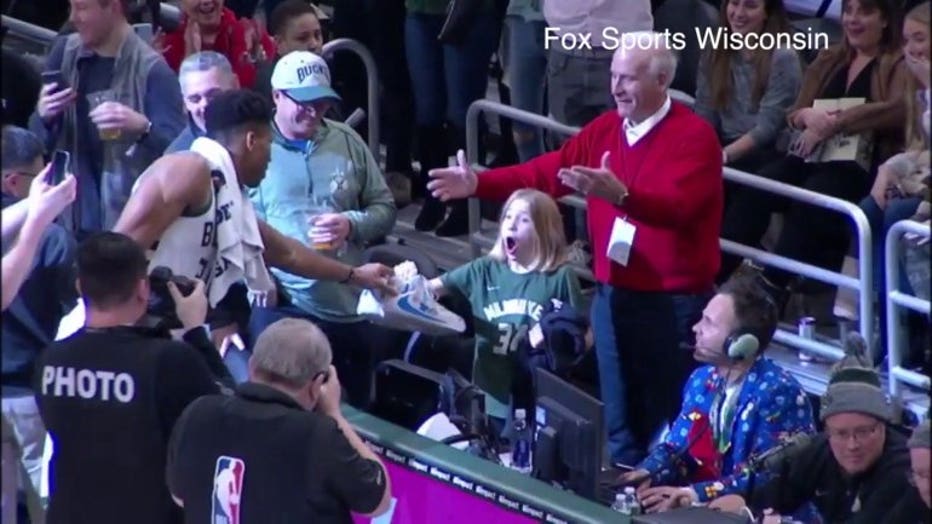 Milwaukee selected Antetokounmpo out of Greece with the 15th overall pick in the 2013 draft. The 6-foot-11 “Greek Freak” has career averages of 20.1 points, 8.9 rebounds and 4.3 assists per game.

Last season, he averaged 29.5 points, 13.6 rebounds and 5.6 assists while winning his second straight MVP award. He also was named the NBA’s defensive player of the year.