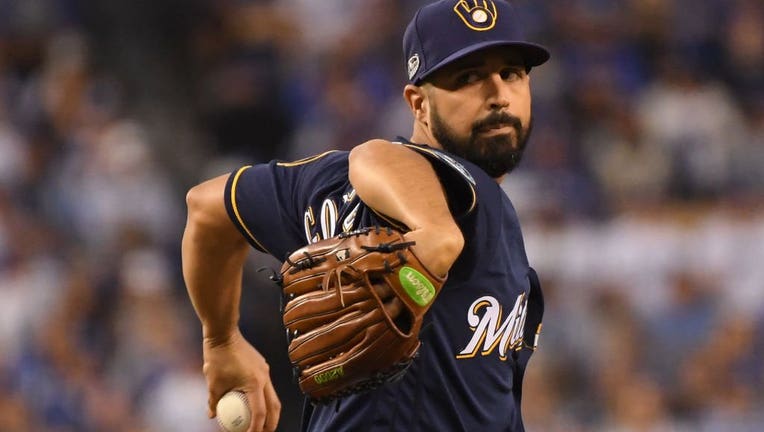 LOS ANGELES, CA - OCTOBER 16: Pitcher Gio Gonzalez #47 of the Milwaukee Brewers pitches during the first inning of Game Four of the National League Championship Series against the Los Angeles Dodgers at Dodger Stadium on October 16, 2018 in Los Angel

MILWAUKEE - Former Brewers starting pitcher Gio Gonzalez announced his retirement on Thursday with a post on his Instagram.

"My heart and my mind are finally at peace with my decision," said Gonzalez. "Here's one last tip of the cap."

Packers legend Brett Favre is speaking out on quitting painkillers

Michael Babcock with TMZ joins FOX6 WakeUp with what the Hall of Famer had to say.

More than 27% of Wisconsin residents have received at least one dose of the coronavirus vaccine, but state health officials raised concern Thursday about a new spike in positive cases — including variants.